What have you experimented with while tenkara fishing this summer?

Or what have you learned doing something different this summer tenkara fishing?

Probably 80% of my fishing this year has been with a TT Watershed 4m rod with 5m Fuji Soft Tenkara line. Never used anything different this year until two weeks ago.

I believe I increased my skill at using this rod and line setup all summer. I didn’t really set out to only use this set up all summer, but often I was fishing a river that permitted its use. It was already set up in the back of the car. Why change to a different rod? What would I learn if I didn’t change to something else?

I rarely changed flies just to change it. Lost a few to fish, tree branch or underwater snag. I toyed around with the idea of 100% sticking with this set up.

But in the end I decided maybe I had stuck with it long enough. Maybe change to something almost the same wouldn’t stretch the experiment too much.

Transferred the line to an Oni 1 4m rod. Same basic setup. The Watershed is a good rod, the Oni 1 is a step up. A little better balanced, and I had a higher percentage of fly first water landings with it, with less thought given to my casting stroke.

A short deviation from the experiment
I spent two afternoons fishing a smaller stream with a new short rod. Tanuki 275. Well actually it was the same river where I used the 4 m rods. Only it was a long section where two islands split the river into what looks like 3 small streams.

What I learned is it’s difficult to cast a < 3m rod after casting only 4 m rods for the previous 3 months. Didn’t catch any fish, which was a mystery why. Lots of stones in the water, lots of shade, several logs stuck along the bank, Lots of places for fish to shelter. Maybe it was just the wrong time of day.

Even when the catching is not successful. The fishing is always fun, what I call “the joy of casting”, I’m not alone in that. Now and again, while fishing someplace where people pass by. I’ll gather some spectators, a short chat reveals they just enjoy watching someone fly casting. And I agree, I enjoy casting too, catching something is a bonus. (however, I don’t like to be skunked. If I catch at least one I’m happier)

Sutebari 「捨てばり」
I played around more with Sutebari 「捨てばり」technique. With surprisingly good success when fishing slow water or lake fishing, something I do either after rain makes river fishing unavailable or the lake is more convenient. Had maybe a 50% success rate triggering a strike after six or so light touch downs on the water surface before leaving the fly on the water. This seems to be particularly successful at attracting more than one fish to the splash down point. And with more than one fish waiting there was a mad dash to be the first fish to grab the fly.
After watching video of Hiromichi Fuji 「冨士弘道氏」demonstrating this technique maybe my skill at using it had improved providing more success than previously.

Two Kebari
I had unexpected success with some cloned kebari patterns. One an imitation of Fujiryu kebari, futsū kebari type 「普通毛鉤」. Black and yellow body, with a red tag end worked better than other similar bi-color bodied kebari. The other one was an interpretation of “Etsuji Katayama kebari”「片山悦二毛鉤, which are Jun-kebairi type. 「順毛鉤」. Hackle points toward the hook bend. Tied with different types of feathers, fuzzy bodies of either wool or some kind of dubbing of different color. Mostly used green thread as he used, but also some other colors. A step away from the often used sakasakebari 「逆さ毛鉤」

DT Presentation Techniques
Other than that. Spent some on water time attempting to learn the presentation techniques as demonstrated by the Discover Tenkara guys in their In-Focus Manipulation download. Mostly I learned is it’s going to take a lot more practice to get it right.

What new have you done or learned ?

I am enjoying Ayu fishing in tenkara now
Ayu 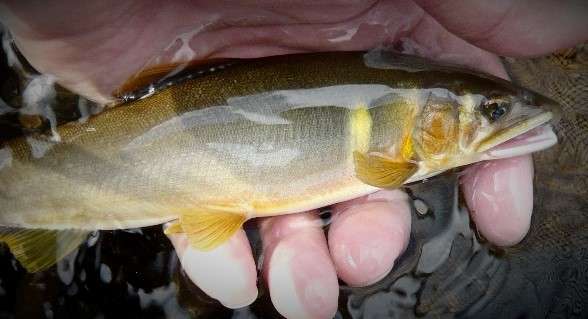 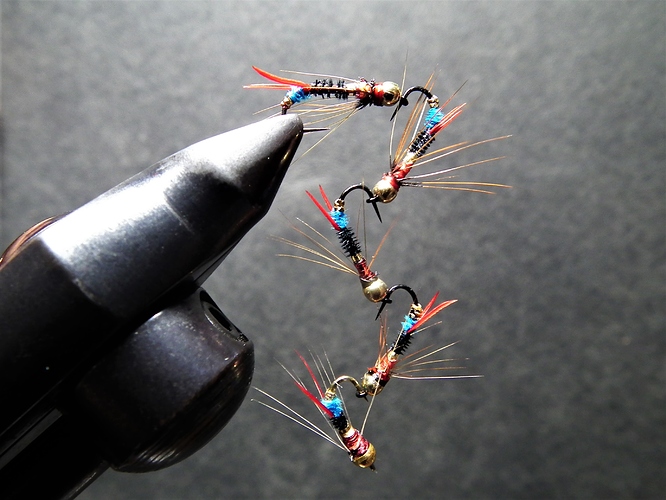 As long as there are fish in the river

Thank you for adding to the discussion.

Just yesterday I was looking at your blog. Especially at the 鮎毛鉤風鮭毛鉤 Ⅱ post showing the anatomy of the different windings on Ayu kebari.

I’m certainly not a one fly guy myself. Never have been and have no interest in it. I love tying flies (it’s a very meditative process for me, personally) and I love experimenting in my fishing with them too.

Similar to you @dwalker, I’ve been focusing on using and getting better with two rods primarily. Each have different lines and a different environment in which I use them, but I’ve kept the same line (and length of line) on each rod all season thus far.

I’ve been focusing on improving my casting skill in various situations. I’ve also been really focusing on my manipulation skills of my fly/kebari. In particular, I’ve been choosing locations that I would have avoided in the past. These include, but aren’t limited to:

Last but not least, for the past year, I’ve been trying to figure out what type of rod suits my tenkara fishing. I don’t believe there’s a such thing as a “perfect” tenkara rod and expect I’ll always have multiple rods. But I’ve certainly started learning what fits with my casting and the feel that I personally like in a rod.