What are your favorite #flytying tools?

As this is the time of year where I do most of my fly tying, this is something I’ve been thinking about recently. I’ve also been thinking about the tools I have and realizing, even though I’ve been using some of them for decades, I don’t like all of them. There was also the recent conversation about the C & F Design Hackle Pliers that has been going on.

I am new to tying…I bought a bunch of Dr. slick stuff and one of those cheap vises.

Pretty much the pack from three rivers except I was not smart enought to buy that bundle. Bought separately and have three different hackle pliers before settling on the Stonfo Soft Touch Ring Hackle Plier…
http://threeriverstenkara.com/product/fly-tying-tool-kit/

I also own a rite half hitch bobbin…and a number of other bobbins. The rite is nice as you can set the tension. Not so good for switching as you need to take it a apart. Use it for whatever thread you use the most (black) and reserve the other regular clamp style bobbins for swapping through colors.

We are honored to bring fly tying equipment to thousands of dedicated fly fishers all over the world. Check out our selection of products today!


I liked it…
This winter I upgraded to the renzetti 2200 traveler. Nice vise. 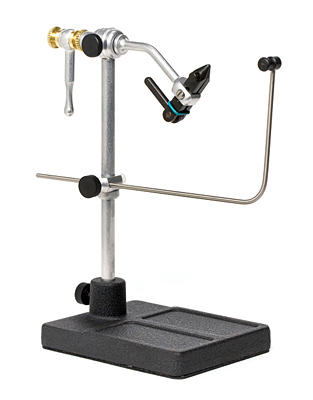 Its really amazing what fellows will shell out for a clamp. I have no idea how they can sell that first vise for $34 dollars. Great vise…just a little clunky. I got the renzetti as a curiosity and because it was one of the less expensive vises that had true rotary functions…which I have come to appreciate.

Waste bin with antistatic mesh bottom, fully adjustable on the vise stem. The waste bin can be immediately pulled off thanks to its magnetic attachment. Compact in height. Arm in stainless steel. Fits on vises with stem from 8 to 10 mm (including 3/8...

The review is fair and accurate. I would add that I like that it is shallow 1"…most waste containers are deep. I would imagine if you accidentally dropped a hook or a bead in a deeper bin you may be tempted to say…forget it…instead of fishing it out. The downside, because its connected by a single magnet…its easy to bump it out of axis. It would be nice if instead of just a magnet…it had a clip to hold it in place too.

I really enjoy the Regal Vise and I’ve had one since around 1989 -1990. At first, I thought the price was way over the top but realized I would never need another one. I have often wondered what the Nor-Vise would be like. Does anyone have one?

I went with the kit from TenkaraUSA with the Peak non rotary vise. I recently added another bobbin, a Griffin ceramic bobbin.

Difficult to pick favorites as so many work almost as well.

Speaking of tying tools. Does anyone here use this type of whip finisher, with the little s-curve on the end? 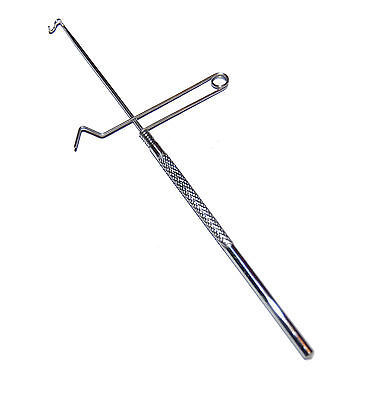 I guess they are called the Thompson type whip finisher. I’ve seen videos of them being used and they seem pretty slick when / if you are tying off the thread at the hook eye in front of the hackle, which I only do now and again. I ordered one from Cabela’s but have not yet got the hang of using it. Most of the time I tie off the thread behind the hackle, and it’s about 50/50 whether I use a whip finisher tool or just do the whip finish manually without using a tool.

I have, but got rid of it a long time ago. Personally, I didn’t care for it. Besides, I prefer the rotating whip finisher.

Thanks for sharing everyone, it’s really fascinating to see what others use and like.

I just ordered the Stonfo hackle pliers and another pair of scissors (amongst other things) from Anthony at Three Rivers. Awesome service and fast response.

I use something very similar and have done so since I first started tying (1968) Here in the UK I have only known it as the Veniards standard whip finish tool - http://www.veniard.com/product907/section120/veniard-whip-finish-tools
The one I have doesn’t have a rotating handle. These days, certainly for Kebari I do a whip finish manually, using the hook on the whip finish tool to hold the loop of thread whilst I tighten and finish off.

When I first started tying probably the only UK supplier of all fly tying tools and materials of note was Veniards.
No internet then! How it has all changed now we can buy from anywhere. 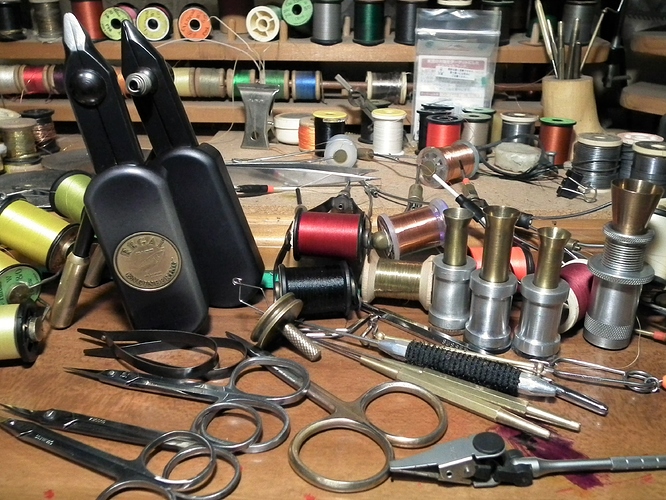 I have been using it for over 30 years

Great tools and equipment Todor. I have many of the same things on my fly tying table.

with the same tools

Can anyone recommend a good pair of scissors for fine work. I don’t want to spend too much money if possible. My current pair came with the original fly tying kit I bought from Veniards in the 1960s! So they don’t owe me much.
Many thanks.

I bought these Sixth Finger scissors during the winter. They work great!

I think I have 6 or 7 pairs of scissors and ironically, my favorite pair is the newest and least expensive pair. They are the Veniard Arrow Point Scissors and I bought them from @A_Naples at Three Rivers Tenkara.

As you are in the UK, here are a few places online where you could find them. They may also be available at your local fishing shop as I know Veniard products are easier to find there than here (in my experience at least).

Thanks Peder. They look ideal for what I want. I don’t know why I didn’t think about Veniards.

My Veniard’s Arrow point scissors have just arrived. They are brilliant. Just what I was looking for. Thanks Peder.

That’s great to hear; I’m glad you’re pleased with them. I’m very fond of mine and find I rarely reach for any of my other scissors any longer.