Too Technical For Tenkara Fishing? 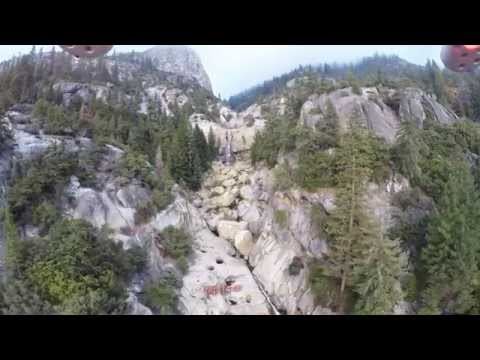 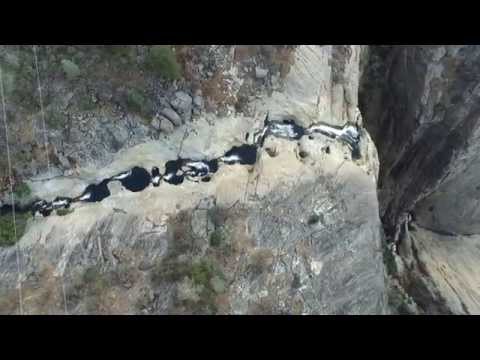 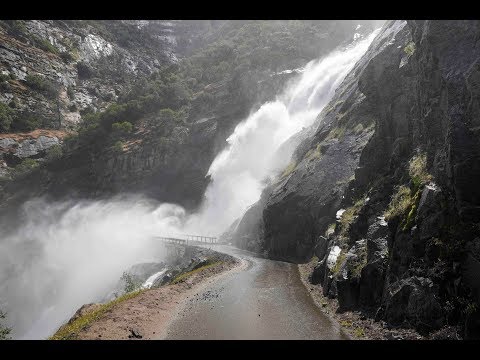 These were all shot East of Fresno, California, in the Central Sierra. I do not fish any of these creeks this far down in their canyons, for reasons that should be obvious enough…Karl.

It would be best here to scroll up to the top and begin there with the 3 preceding videos. And here is the one to watch if you actually want to see what it is like to climb down Lower Big Creek.

And here is a Video on Mountain Uni-Cycling and Tenkara Fishing Upper Big Creek, above the China Peak Ski Resort: 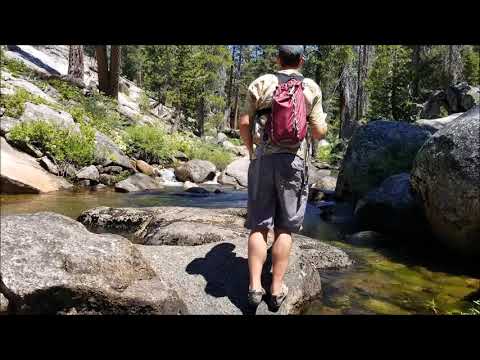 Though I appreciate the Out There’s unique approach (Tenkara AND uni-cycle), his fish handling was harsh to watch. I could not stomach watching him attempt to rip out barbed hooks with dry hands and the literally throwing the fish towards the water, where some fish just bounced off rocks.
To me, that was the equivalent of watching the Jeep 4X4 video ripping through the environment.
Sorry if the guy behind Out There is a forum member. That was just my opinion and feelings.

Though I appreciate the Out There’s unique approach (Tenkara AND uni-cycle), his fish handling was harsh to watch. I could not stomach watching him attempt to rip out barbed hooks with dry hands and the literally throwing the fish towards the water, where some fish just bounced off rocks.

Jason and All, I completely agree 100%. That video is about the best argument for buying and tying with barbless hooks that I have ever seen. And the whole Selfie thing and photographing you catch puts way too much stress on the fish and keeps them out of the water for far too long. And much more care needs to to be exercised in how and where you put your fish back in the water than that angler did. But, as the terrain filmed in the video pretty clearly shows, this is not the kind of place where you can always unhook your fish with out removing it from the water, or even get to the water to release them even though the less fish handling involved is all that much better for the fish. I guess, we need to all keep these things in mind while fishing and do the best for the fish that we can. Clearly, this was not nearly good enough, by a long shot.

I had to leave a comment on his video:

“Brian Miller
1 second ago
I enjoyed your video. However with all due respect your fish handling technique is hard to watch.
Along with using barbless hooks that can can minimize trauma to the fish, you should wet your hands before touching the fish or better yet, use a (rubber or mesh) net to minimize damage to their slime coating. This short YT is shows how the practice of using “tailing gloves” can hurt fish, but dry hands can do the same thing: https://www.youtube.com/watch?v=Kwl7Mw78b8o .
Also, a gentle release back into the water, allowing the fish to swim out of a net or your hand after it has regained its strength and equilibrium further decreases mortality.
A rubber “Measure Net” provides a great way to net a fish, measure it, frame and photograph it, allow it to recover from its fight, and release it often without touching the fish at all.
Rubber and soft nylon mesh “Measure Net” bags are available separately that can be zipped on to any round-oval net frame, including the cheap featherweight aluminum net frames.
Thank you for your consideration.”

*added - Hard to tell with the short focal length lens but I only saw 1 spot - the slab he was fishing from, that looked like he couldn’t easily kneel down (I wear knee & shin protectors) or gently step into the water to land and release the fish.

*also added - At least one other video on his YT page also shows him fishing high above the water, lifting hooked fish up and flapping into the rocks as they struggle to land them. Very sad

I learned a cruel lesson a couple years ago. I was fishing a stream where I stood on the rocky bank (small cliff) a few feet above the water. The water below was a fishy pool that I knew must have held fish. After hooking into a nice sized Rainbow, I needed to lift the fish via my line a few feet into my hand, as I could not reach down into the water to grab the fish. The fish wiggled on the way up, I missed the line, the fish fought some more, and then fell into the water. I initially responded “damn, the fish became unbuttoned from my hook”. However, when I went to examine the fly, I found a large chunk of his lip still on the hook. I realized that the force of his weight and fighting ripped the hook out, not the jumping off my barbless hook.
I knew that moment that the fish would not survived and had died as a result of my carelessness and my attempts to catch a fish in an area where I could not properly handle it.
From that moment on, I only fish areas where I can safely unhook the fish and gently place them back into the water. If I cannot do that, then I move along.

@Jason_Seaward Your notes remind me of a common consideration when fishing the surf that is related.

When picking any spot to fish, heavy consideration must be taken in noting a spot to land a fish. Both in personal safety, the probability of landing a fish, and if catch / release considering a spot that does not prolong the fight, so softer water is required. In fast harder water, both landing and release both can affect the survival of the trout.

In tenkara, I often will skip spots where there is no way to properly fight or land a fish. I am there for my own entertainment. It is both better for me and the fish to pick my spots wisely.

Where there is no vegetation in the way to prevent it, using your line as a Leash so you can lead the fish in the water to where you can get down and release it with little to no danger to yourself works pretty well.

Jason, there is a good possibility that fish may have survived and even thrived in the future. Injuries, even pretty significant ones, do not necessarily mean that fish is going to die. Case in point: Here is a partial quote from My Fishing Log for a September 3-day Backpacking Trip made in 2014.
" Today I caught two of the most deformed fish that I have ever caught. The first was missing one half of its lower jaw on its right side, with the upper mouth also missing on the same side in front, and what was left was peeled back in the shape of a fiddle neck fern, sticking out nearly 3/4s of an inch to the side. The other rainbow had no nose at all on top, with the front part of the face ending 1/2" in front of its eye. Both had survived these very extensive injuries, and they fought unbelievably hard, and were quite big and extremely well fed fish. This was my best big fish trip for this year - these two were in the 18 to 20 inch size range and so deep bodied that I could not pick them up out of the water."

Thanks Karl. I guess I assumed, based on the damage, that the fish would struggle with eating and thus perish.
It would be such a cool experience to catch that same trout, in this stream that I frequent every year. I would feel better knowing it had survived.
I have accidentally and purposely killed fish, but there was something about this fish injury that bothered me.
Thanks for giving me hope that the little dude survived!

Jason, the way I look at it when you have to make a choice between a Mercy Killing and A Hopeful Release, is that the fish you put out of its misery has no chance at all to survive. But where ever there is life, there is always some chance for survival, and nothing in Nature is ever truly wasted, as some part of even a dead fish will feed and benefit many other creatures.