Fall Down Seven Stand Up Eight
is an English translation of a Japanese Proverb or Kotowaza that I read in a small book perhaps 20 years ago, and have remembered since then. I also think that translation is more elegant or just easier to remember than an alternate translation - Always Rise After Falling. Meaning to Be Persistent or Tenacious. W. Churchill would have said the same thing with, "Never, never, never give up.

Only recently I found it written in Japanese, 「七転び八起き」and it would be difficult for me to finesse either English translation out of the phrase’s individual words.

Several years ago when Daniel Galhardo was preparing to go to Japan, his second trip I think, he asked if there were any questions we would like him to ask his Tenkara teachers in Japan.
I asked - are there any Tenkara Proverbs or Saying? The answer was there were none.
Tenkara has been practiced for hundreds of years. It surprised me there were none.

Great. Therein lays an opportunity for us to develop some Tenkara Kotowaza.
Come up with short phrases that efficiently convey some truth, good advice, or humor about Tenkara.
Throw the ideas onto the list. Let people stay with the first idea or refine it with clever ways of saying the same thing.

To learn more about Kotowaza: do a web search with something like - Japanese Proverbs and Sayings or What are Kotowaza, to gain a sense of what they are all about, to better keep a touch of spirit of them in our English Tenkara versions. A good start would be this Wikipedia page:

Or if you’re more adventurous do a google search with ことわざとは何 , What are kotowaza ?

Of course here we are already familiar with one 4 Character Idiom already, 十人十色 .

Often they are made into a more efficient phrase. Using only part of the original longer idiom phrase, perhaps what is typical or stereotypical of Japanese culture. Kill two birds with one stone, becomes, 一石二鳥, 1 Stone 2 Birds. To accomplish two goals at once.

Here are a few I’ve read somewhere, saw somewhere or devised myself. Like most things there are exceptions to the rule, some Kotowaza my contradict another in some situations or all situations. Opinions do vary.

Kotowaza: Casting is half of Tenkara
meaning, source: found in a Dr. Ishigaki blog post, キャッシングが半分のテンカラである。

Kotowaza: Near Side Far Side
meaning: fish the places closest to you first. Then the places farther away.

Kotowaza: Go up tall go down small
meaning: most fish face up stream and will not see you standing tall going up stream, fishing while moving down stream they will, keep a low profile.

Kotowaza: fish with your legs
meaning: if you cover more stream distance you will catch more fish. Popular saying in Japan about Tenkara fishing, a statement made by Go Ishii in a couple of videos.

Kotowaza: Walk Zee More See
meaning: follow a Z path on the stream bank inside an imaginary rectangle box. Fish near side of the stream standing back, follow a diagonal path back to the starting point to fish the far side of the stream. And you will see more fish. Because you caught them. This was demonstrated in one of the DT videos, and the Z path pattern is also seen in a diagram in one of the Kuwabara Hirotoki Tenkara books 「桑原玄辰、くわばら ひろとき」

Kotowaza: 10 cm per second no more catch more
meaning: Eddie’s advice, it you move no faster than 10 cm (4in) per second, the fish will not notice you. Old fishing advice.

Kotowaza: Two step kebari three
meaning: Ubi’s advice to simplify your kebari, tie them with only 2 or threes steps. At least sometimes to gain insight into simplifying your Tenkara. [similar I think to Adm William McRaven’s advice to ‘make your bed’. do a simple task well, for a sense of accomplishment, to set yourself up for success the rest of the day or life]

Kotowaza: FFFO or F^3O, Eff 3 Oh, Fly First Fly Only
meaning: land the fly first, and only the fly, No line on the water.

Well, I think that gives the general idea. I’ve a few more I’ve been trying to simplify.
Let’s see your Kotowaza ideas. If Daniel didn’t find any we can start now and make our own !
Keep an open mind that someone may be able to improve on your initial idea. Make it more a eloquent or catchy phrase. I’m sure some can be created out of the DT list of 7 Deadly Sins of Tenkara or their Kebari Selection Table or about casting, other topics, and other sources of general angling or Tenkara wisdom.

Thanks, but geez that was unexpected and quick.
I didn’t think I had posted it yet when a notice popped up showing a reply had been made.

Know the mountains and know the river

It is a Proverbs or Saying that I was often told

In the description of the book was a bracketed mysterious phrase, which I guess is a kind of Kotawaza. Or at least a puzzle, with an interesting answer.

「コロンブスの卵」, `Koronbusu notamago’ , “Columbus’ egg” or Egg of Columbus.
What the heck does that mean? Well, therein lays a tale. With a long history going back to the mid 1500s, a famous painting, an old history book, an egg trick, the discovery of the Americas, Nikola Tesla, wireless power transmission, games, and mention in three books, guess if should have read the books instead of just watching the movies. Frankenstein, Mien Kampf, and War & Peace. Google: Columbus Egg.

[[ update: after finding online post, and videos about Nikola Tesla’s Egg of Columbus, I must have heard of the Egg of Columbus before, and just forgotten about it, because I have read at least 3 books about Tesla, and read numerous web pages about him and his machines ]]

Anyway, the Kotawaza book covers 1200 + Kotowaza, covering fish, and fishing, fish & weather, and so on. Doubt there are any specific to Tenkara, just general overall fishing Proverbs and Tales.

I guessed Camouflage as best translation.

Camouflage into trees and rocks 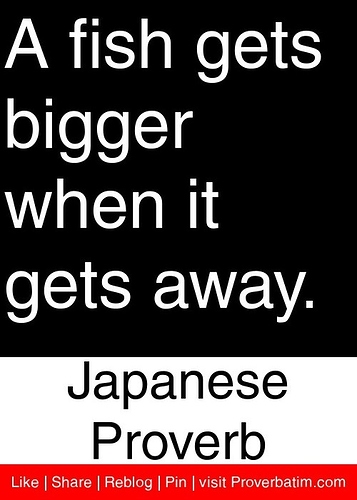 That one - not surprisingly reminds me of a Kotowaza or Saying, used by Stan Wright in his post to the TUSA Forum

Saying: Why let the truth stand in the way of a good fish story.

In light of the favored opinion in the Over Complicated Tenkara thread.
It seemed like a good opportunity to throw in this actual Japanese origin Kotowaza (ことわざ).

Kotowaza: 亀の甲より年の功, Wisdom gotten from age is better than the shell of a tortoise.
Meaning:
Well, I must admit, the meaning escapes me from just reading it. Not being as familiar as - to kill two birds with one stone, where we know it’s not about killing birds, it’s about completing two task with one effort.

Indeed, the school master in the school of hard knocks. Is a demanding task master.
However, I only agree to a certain extent. Depends on the teacher. Some are better to have never been met. Some can actually accelerate your rate at learning true stuff.

That’s where with some things of this type you can not understand the meaning without being very familiar with the culture and the language from its place of origin. The step taken to make it rhyme further blurred the meaning more than if a non-rhyming word would have been used.

The step taken to make it rhyme further blurred the meaning more than if a non-rhyming word would have been used.

YES !
Thanks for Google translation

There was this morning a picture for sign for a bridge in Japan that was drawing in a lot of comments. For people who don’t speak English, I doubt they will see what caused the creation of crude jokes about what would be shouted when something unexpected happened. There are just somethings people from from different cultures and languages would never quite understand in the other without great effort.

I don’t know, could I turn this into a kotowaza about what is said by a person with “gephyrophobia” (fear of crossing bridges) when a large bridge suddenly looms ahead unexpectedly. Might have to an Italian English speaker. 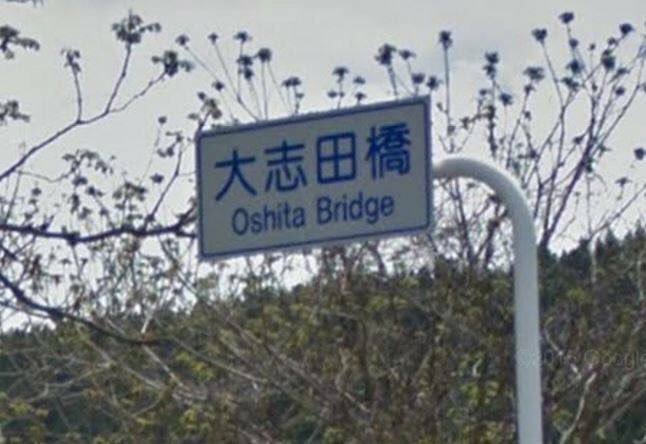 kotowaza: The jungle speaks to me because I know how to listen.
meaning: the fish and the stream can only teach you about fishing if you pay attention by being an active listener.
(an idea stolen from Mowgli in The Jungle Book)

same words [listen] In the case of an angler

When Listen to the angler’s story

After tying the arm of the angler

Time passes, but
fish habits do not change.

Or
"Even if time flows
The habits of fish do not change. "

Japanese Kotowaza : 蓑毛の腰は流れに合わす, Minoge’s waist matches (fits) the flow.
What exactly 蓑毛 [ minoge] means is a little tough to pin down. But it seems to mean about the same thing as hackle [ハックル]. I think this proverb could also be written as -
ハックルの腰は流れに合わす, Hackle waist fits the flow.
iow, adjust the size, thickness of your kebari hackle to match the flow rate of the water you are fishing.

Japanese Kotowaza: テンカラの本格シーズンは桜が散って山吹が咲く頃からでしょう。
The full season of Tenkara is from the time when cherry blossoms fall and Yamabuki blooms.
山吹 [yamabuki] = Japanese marigold bush. aka Miracle marigold bush.
Earlier today I saw a somewhat similar proverb - Where there are trout lilies, there are trout. Well, maybe in the spring time in the eastern N. America .

Kotowaza - source unknown: If fish and fisherman, both keep their mouth shut. Each of them will not find trouble.
Or how to avoid becoming a meal or being force-fed a knuckle sandwich.

This is definitely something commonly heard amongst the old timers, at least here in northern New England where I live.

When I heard that it reminded me of what my High School Phys Ed teacher, Mr. Sato; also the school Judo team coach taught us about Judo in P.E. (recruiting for the team); the practice of Kuzushi (off-balancing) to use an opponent’s strength and momentum against them.

I tried to use that philosophy the first time I hooked a big fish on a Tenkara rod and it seemed to work. It took off to the right, and I flipped the rod laterally to the right leading it until it got close to a root ball, then I flipped the rod to the left but I didn’t force the issue. The fish turned to the left then started to run towards the undercut bank I was standing on. So I flipped the rod out away from the bank and he followed that lead. This repeated a few times until the fish tired and I put the wood to him.