For some of you who moved here from the T-F forum, you may remember that at the end of June last year I put out a brief survey about tenkara. Due to a variety of different factors, I had not gotten around to analyzing the data and putting it into something usable.

For everyone who took the survey, I want to thank you for your time and participation. To those of you who shared the survey on social media and other websites, I also thank you. Now on to the survey results. Please note: If the images are too difficult to read, you can download the original for a better look. 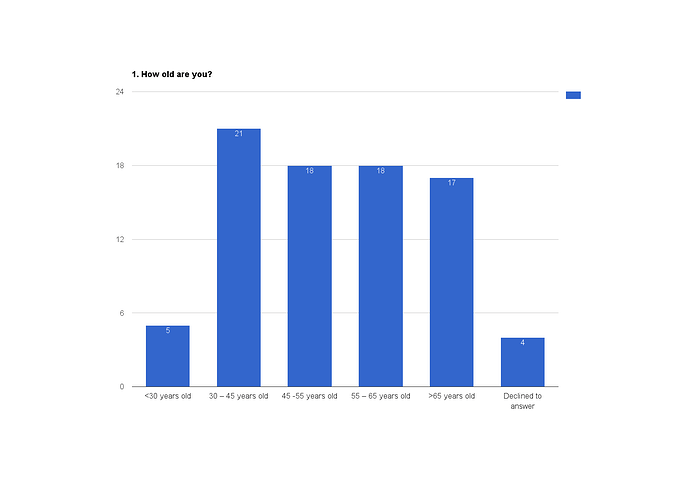 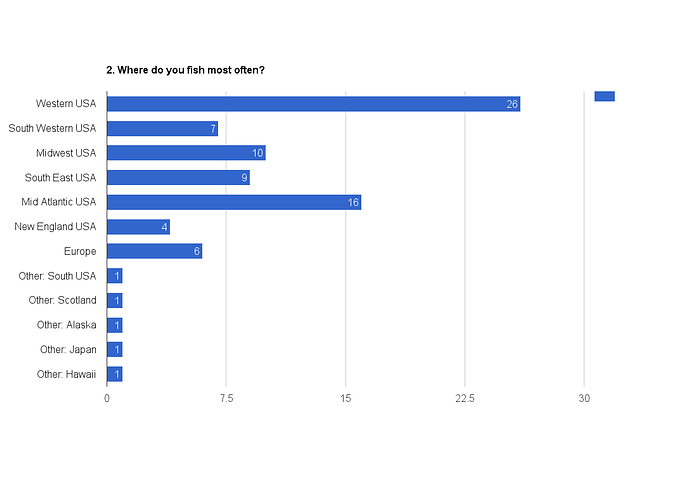 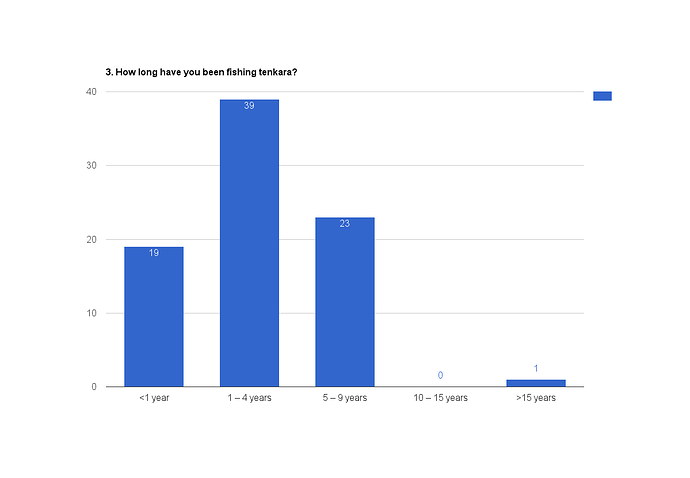 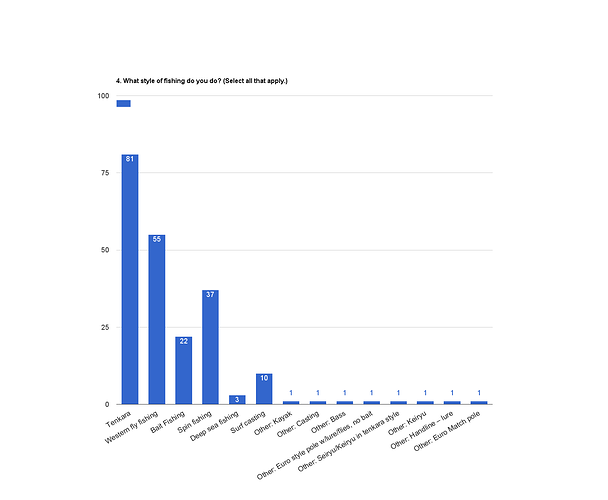 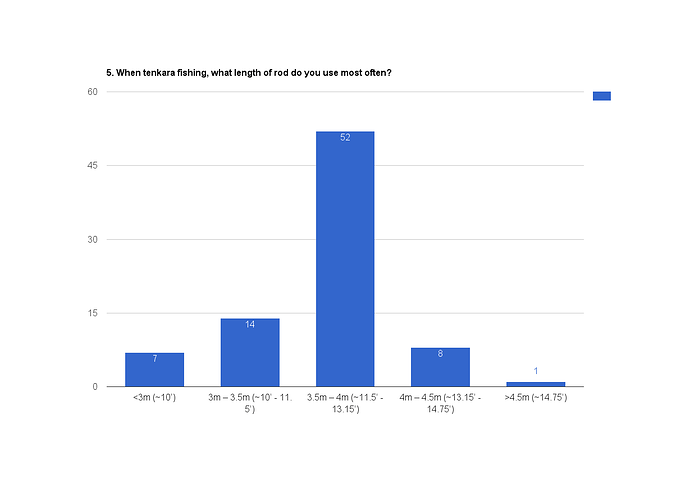 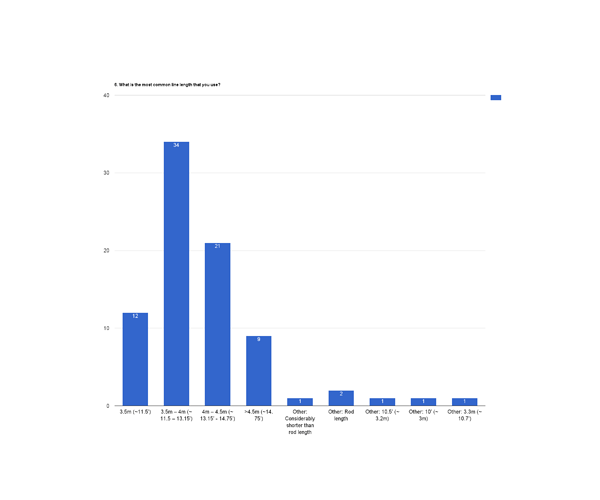 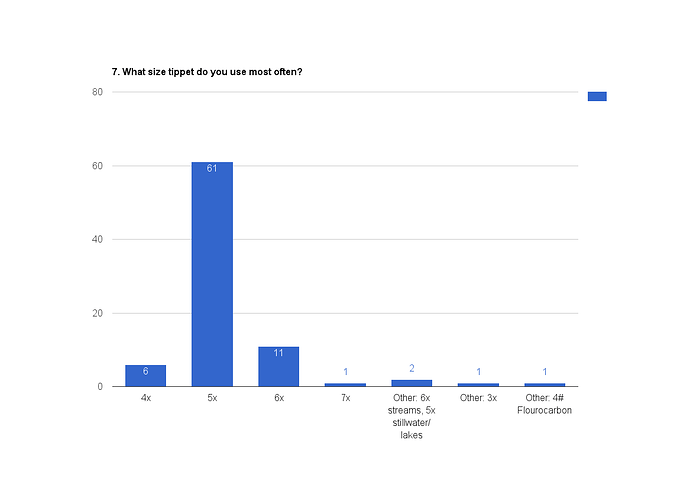 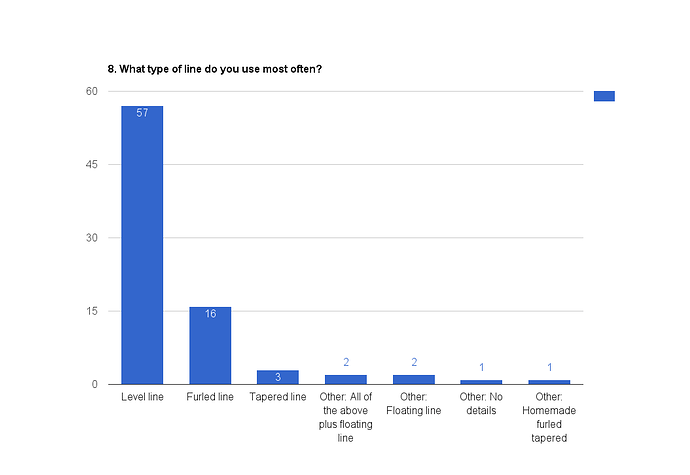 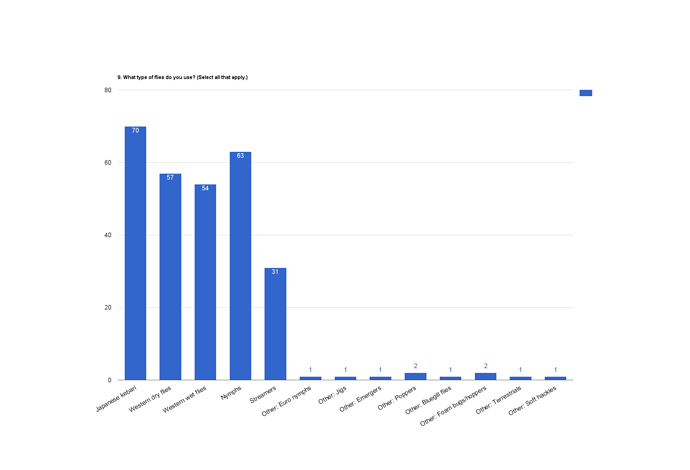 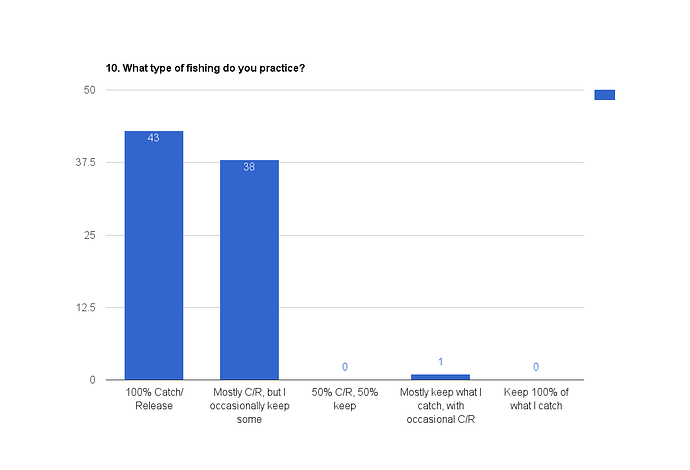 The < 30 y.o. population is pretty light. Could be an untapped group. Or it could be the younger generation likes to talk about the natural environment, but spends little time in it learning about it first hand.
otoh, I didn’t do any fishing myself in my 20s. Lots of other things occupied my time and interest. Long hours working, studying, or for several years of that time at sea seven months out of the year.

Oh, and thanks for posting the results of the TPS. If they were posted previously I missed seeing them.

Thank you for the interesting data

Because level line is superior

was the sample about 100 people?

Its sort of hard to determine as the tally on some of the one answer question varies.

pretty neat stuff and informative…we get to see the tenkara mob’s preferences.

Great question @Gressak! Apologies for not mentioning that in the first post. It was a total of 82 responses and many of the questions had potentially multiple responses. That’s why the numbers on some questions are considerably higher than others.