I went fishing in my favorite creek today for the first time since trout open season here in Australia.
Caught a decent Brown Trout, landed it, took a few snaps then released. At the time I thought,
“This fish is quite similar in size to the one I landed last season.”
But surely that can’t be, what are the chances of catching the same fish as last season. 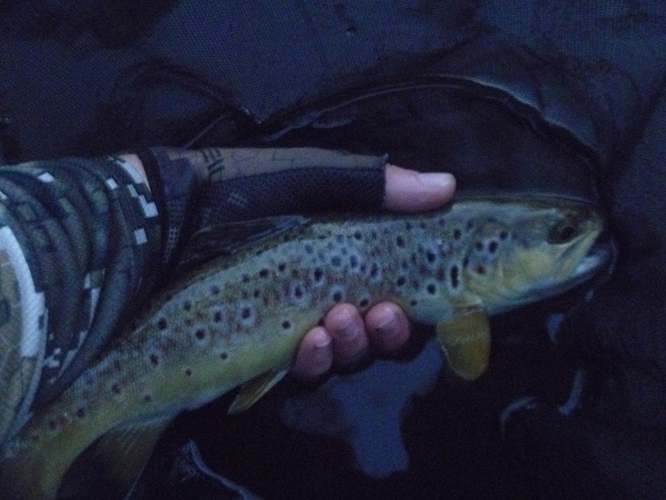 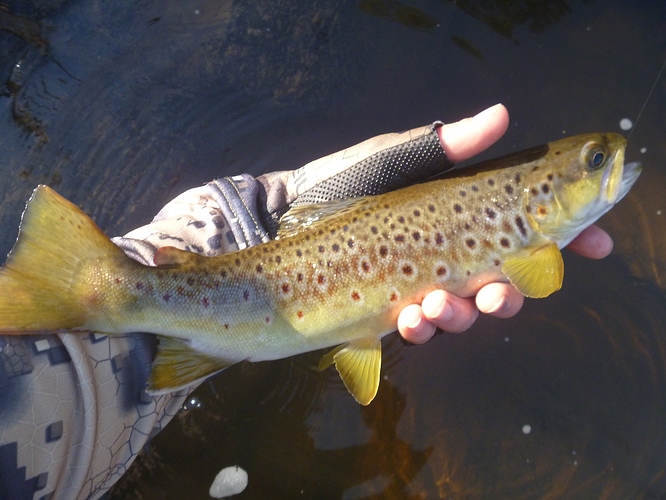 Once I got home and uploaded the photos to the computer I thought I’d check them against the old photos.
I carefully studdied the patterns of both sides, luckily I had pictures of both sides of the fish from last season.
The more I matched each pattern sequence of the fish I was becoming amazingly convinced that I had caught the exact same fish as last season! 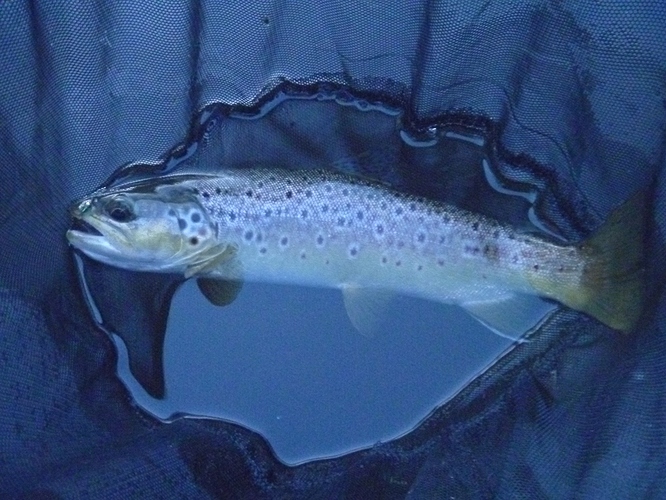 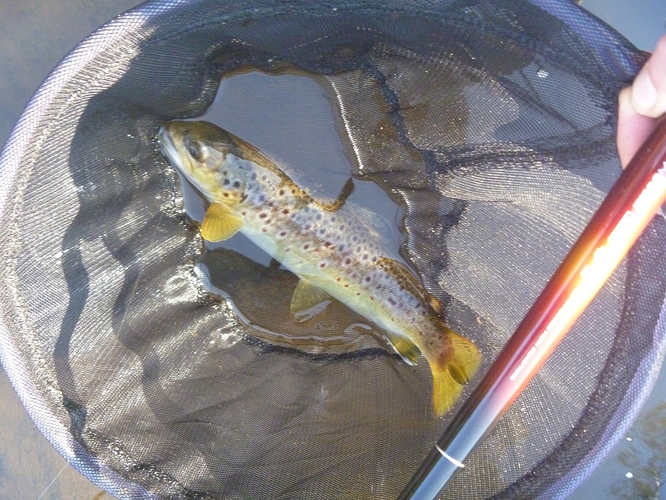 Looks the same. Obviously, your catch and release technique is solid because the fish wasn’t harmed the last time you handled it. Nice Daiwa Sagiri.

Amazing!!! I don’t think I have ever had this happen since I’ve been fishing.

That’s awesome. Also an interesting take on fish movements. I once caught the same largemouth bass on a river here in East Texas at the same hole two weeks apart! I had similar comparison photos. It also helped that it had a very unique solid stripe pattern. Great catch and better story!

But surely that can’t be, what are the chances of catching the same fish as last season.

If fishing the same spot on the river, and no one caught and kept the fish, I think the odds of catching the same fish a year later may be greater than assumed.

In one of the Underwater Oz DVD, The Underwater World of Trout, I don’t recall which DVD maybe Vol. 2, he films the same stretch of water a year later and discovered the same trout was in the same place. It was easily identified fish because this particular trout was missing an eye.

That is pretty cool.

Pretty amazing to say the least…there is no way this could happen on my home water. Too many anglers and poachers.

Did you name it?

I aways understood that, by and large, trout are territorial and establish thier own little zones they stay in all the time until they head off to spawn, so it makes perfect sense that it’s the same fish.

I’m thinking the trout is a female, due to the more rounded snout.

I shall name her Bonnie the Brown Trout.

Yeah I understand they are territorial, with the bigger fish taking up the best position in pools and what not.

What amazed me the most is that the trout was still in the same pool and near-enough the same spot as seven months ago. I would’ve thought the fish might’ve headed off to the main stream to spawn.
It would be interesting to see if the fish has spawned and returned to it’s ideal spot or simply stayed in the same pool year round.

Some months back I recall seeing a web site wherein they documented the movement of radio tagged trout to determine their movements in the stream. Which if I recall correctly was done on the Savage River and Gunpowder River in Maryland. I can not find the same web page. But many similar type reports can be found with a google search for: tracking trout movement with radio transmitters (or telemetry) Or - discovery of trout movement using radio tagging.

These two were kind of fun:
Jump to page 3 to Results / Trout Movements
http://dnr.maryland.gov/fisheries/Documents/Telemetry_Study.pdf

This one is from the UK. We aren’t the only anglers on the river who may keep us from catching the same fish again a year later.

[Oh - if you look half way down at the right side, in the Green Box labeled Video Hub, you may recognize one of the two blokes in the picture]

My appologies. Hahhahaa. Never learned how to tell the difference. Pardon me, Bonnie.

I should probably learn how to ID. Is the rounded snout attribute universal between different species? Are there other indicators?

Apparently a more pointy, hooked snout indicates a sexually mature male, while a more rounded snout is indicative of a female trout.

Thanks. I guess its sort of odd…the things i dont know.

Great reason for proper C&R!
The State DFW study program on Sea Run Cutthroat (anadromous Coastal Cutthroat) that forage an (as yet) undetermined distance (but can be several miles, and different estuaries) in saltwater from their natal streams have been found by radio tagging to be caught up to 4 times on the same beach.

I may have landed the same SRC (identical measured size and sex) twice on the same beach about 1 1/2 hours apart and 1/3 mile mile away.

I may have landed the same resident Coastal Cutthroat and a juvenile Steelhead (11", est 1+ year old) in the same 2 freshwater lies on 2 consecutive days (again, identical measured size and sex).

Did the Brown increase in size over a year’s time?

So cool, my grand pa had one he caught several years in a row, he had several pictures which was impressive considering it was 70s- 80s

A European sea bass was caught in South Wales three times from the same beach in three separate years! Twice by the same angler (the one who tagged it originally) and another angler, who I think was a friend of the original captor! Both anglers were members of the UK Bass Anglers Sportfishing Society, who for several years conducted a tagging programme.

Fish and even migratory fish have territory. A lot of freshwater species may return to the habitat that suites them. Same with saltwater fish. Both can be seasonal in their return to a specific spot. I see this to similar to how hermit crabs live. They pick a shell that suits them for a certain stage of their growth then may move on. In the case of fish, the shell is a place in the river that offers food and shelter. Thats why certain lies are always successful. Sometimes the same fish but most often fish of similar size. Large fish are often found in the same spot and for good reason. Forage and safety from predators. Right now I am lurking in the shadow of my desk…waiting for lunch.

Hahaha. That’s how I feel about my coffee in the morning - hiding in the shadows of the cupboard until it’s done…

Hahaha. That’s how I feel about my coffee in the morning - hiding in the shadows of the cupboard until it’s done…

Sounds like a place to present a doughnut or croissant and slowly drift it along the counter. See what pounces on it. It could be Peder…or his coworker that spies it cross room.