Same–kawa handle for your tenkara rod

Here is a way to customize a tenkara rod using same-kawa.
Same –kawa is commonly used for the tsuka of Japanese swords. It’s a nice material an it resist perfectly to water and moisture . This material has a lot of small beads that will provide a good grip for your tenkara rod . https://www.google.fr/search?q=same-kawa&client=firefox-b&dcr=0&source=lnms&tbm=isch&sa=X&ved=0ahUKEwj8j6G46ajZAhXB0qQKHVdgBCkQ_AUICygC&biw=1680&bih=936

The first step is to drink a bottle of wine

. The best the wine, the best the corks will be.
I know there are a few connoisseurs around ( Todoroki-san told me he has tasted ALL the French wines) For tenkara I don’t hesitate to open a few bottles. 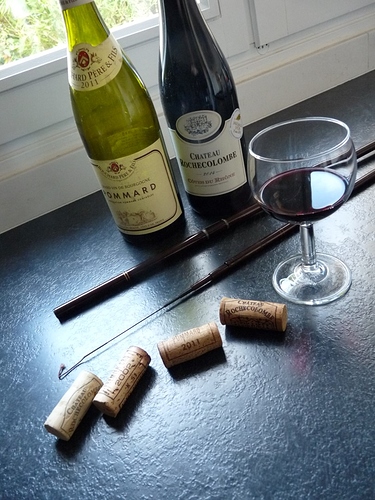 Then I drill the cork and after removing the plastic handle of my cheap rod, the corks are glued with epoxy 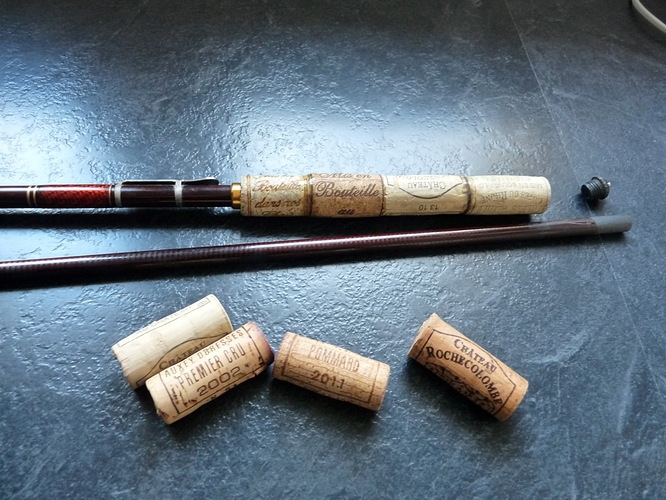 P1160868.JPG1440×1080 346 KB
I can use a lathe but you can achieve the same result grinding slowly with sandpaper. There is a thread about re shaping a new handle here : Re-shaping handles 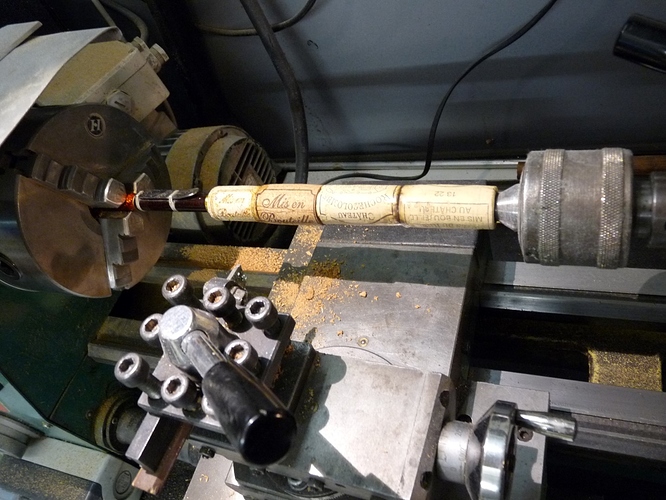 Then you have to cut the Same-kawa, it’s a bit difficult to cut it straight with a knife or a saw , I obtained the best result with an abrasive disc . 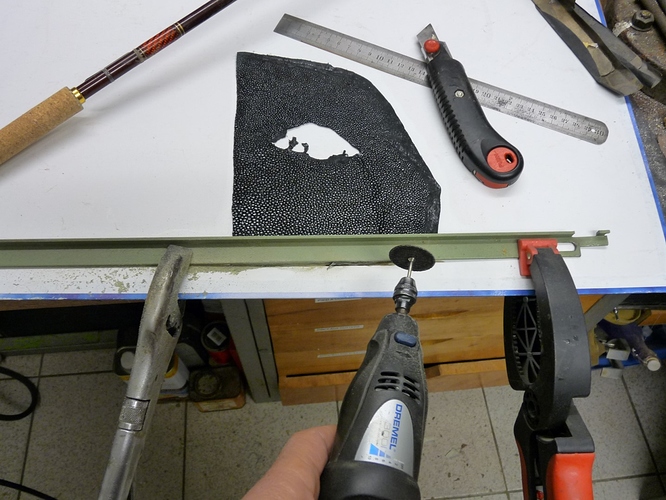 P1160877.JPG1440×1080 293 KB
Then you have to adjust the length of the piece of same-kawa to the circumference of the cork handle. For removing small amounts of material I use a belt grinder. 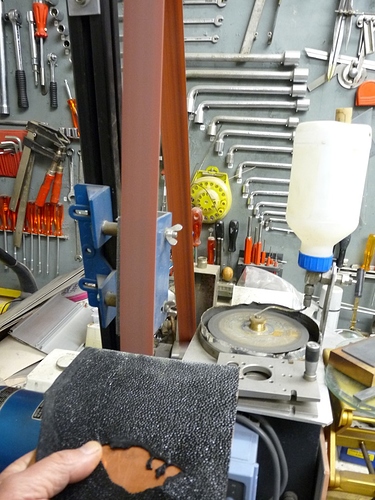 P1160880.JPG810×1080 211 KB
The same-kawa is then glued around the cork with epoxy and wraped with tape while the epoxy dries. You can smooth the handle with sandpaper if needed., that’s matter of taste.
Your rod is ready for fishing without slipping when you have wet hands ; and it has now a gorgeous touch 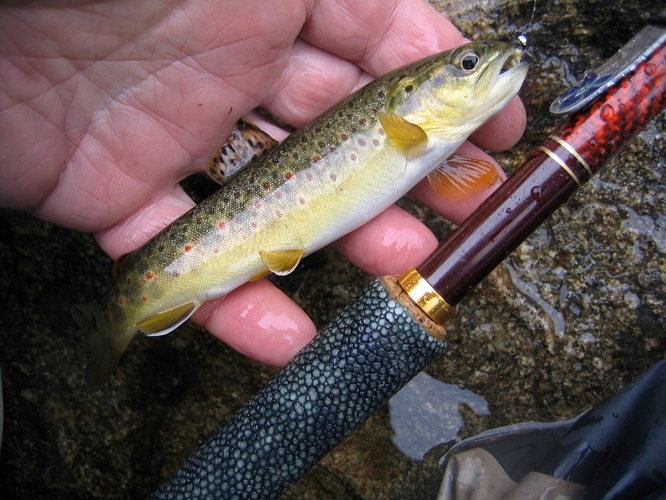 You have a very nice, clean workshop!

Thank you Peder
I have to confess it’s not always that clean and it’s often an organized chaos. But I’m the only one allowed to enter there , my wife is banned

my wife is banned

French wine cork is top class
Furthermore, the quality is excellent if senior wine
Only you can do this way of thinking
There a nice color of Sharkskin
I admire the wonderful performance

it’s often an organized chaos. …, my wife is banned

I’ve got the first part down to an art. I haven’t figured out how to pull off the second part.

I must admit when I read customize a tenkara rod using same-kawa. I thought, Same-kawa sounds like the name of a river. Which it also is. 鮫川. Now how do you customize a rod with a river?

I found two spellings of samegawa. I don’t know what the difference is between them.
鮫皮 (Samegawa) & 鮫革 (Samegawa) The first translates as - shark skin, the second as - shark leather. Though I have doubts if it is an accurate translation.

I found a few Japanese websites with fly or bait rods with same-gawa covering on some part of the rod. But not a single example of it used on a tenkara rod.
[ 竿・鮫皮グリップ作り方 . 竿・鮫皮グリップ 交換 ]

Jean may have made one of the most unique tenkara rod in the world, the only one with a same-gawa grip.

Thank you for the tutorial Jean! I do like a glass of red.

David, thank you for the kind words, but I don’t think so. I’ve seen bamboo rods(not tenkara) with stingray ornaments before making this one . But I couldn’t find the website again.

The wine corks are also used by Japanese tenkara anglers. Have a look at 9 seconds in this video.
It was funny for me seeing a Japanese angler that drink Paul Jaboulet’s wine . It’s a Côtes du Rhone made a few kilometres from my home

The whole video is nice, all the family is fishing , kids, dad, mother , and grandfather …

Jean Santos is an artist with many talents.

Jean, you are an amazing craftsman and artist. Thank you for sharing the information on how to
use stingray skin to wrap around the handle. It is has a warm and natural beauty to it.