伝統釣法テンカラで挑むアメリカントラウト～ 絶景イースタンシエラを川の名人が釣る～
American trout challenge with traditional tenkara fishing method ~ The spectacular Eastern Sierra with the Master of river fishing ~
In Japanese only, except for a brief bit near the end of part 2 when Amano-san, I think, tells a couple of people that Yes He knows Daniel-san.

Lower & Upper Owens River, Hot Creek & Bishop Creek for those who are familiar with the area.

As an aside. Following a link from the Ishigaki Tenkara Blog.
I discovered. Mr. Katsutoshi Amano’s birthday was celebrated during a tenkara gathering on Nov 19th.
本日は天野さんの７３歳の誕生日‼️ Today the 73-year-old Mr. Amano’s birthday!
https://plaza.rakuten.co.jp/tenten2843/diary/201711190000/ 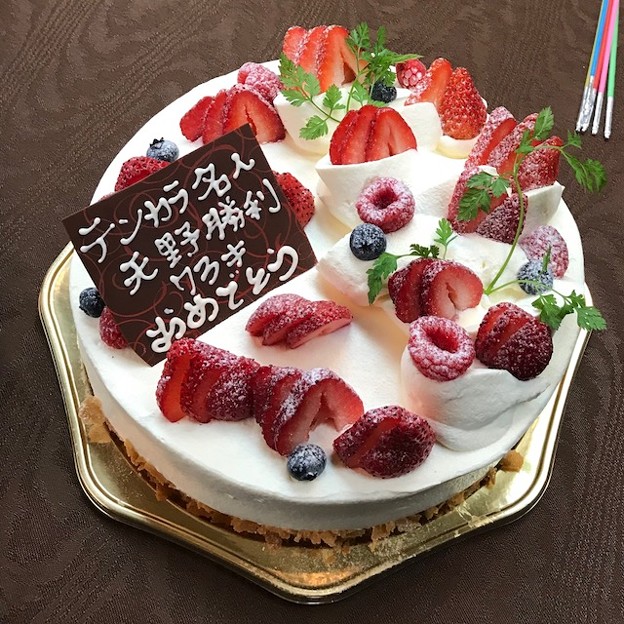 Hope I am still around and able to travel about fishing if or when I reach 73 y.o.

In part I, Lower Owens, it looks like a Shimotsuke Ten or Mai rod with a longer handle. You can get a good look at the markings at 9:53. It looks like my Ten, but with a red band near the handle. Therefore it must be the Mai. Both the Ten and the Mai are gold rods with those exact accents bands, and they are both 3.8 m rods.

A friend of mine in Japan shared this video, I like it.

I enjoyed Amano-san’s video. I was able to do a brief conversation with him for “Tenkara” magazine, it was fun.

But I enjoyed the video of him in the Owens Valley and the Sierra. At the end of the video, I see that he is munching on Onigiri and commenting that he is friends with Daniel (Galhardo) which I think was pretty cool.

Amano-san is one of the oldest tenkara anglers out there, a real cool dude.

it looks like a Shimotsuke Ten or Mai rod with a longer handle.

Tom, thank you for your keen observation. You are quite right.
It is confirmed on the tenara-oni blog, and it is right on the Shimotsuke website.
テンカラ名人天野勝利プロ監修によるテンカラロッド。
Tenkara rod by Tenkara celebrity Amano Katsutoshii Professional Supervision.

Amano-san is given the same credit for supervising the Ten rod too.

渓流・清流ロッド源流
小沢を攻める・短竿モデル。
Mountain stream · Clear flow rod source flow [Keiryū Seiryū Roddo Genryū]
A short pole model that attacks Ozawa.
[ I’ve never figured out an accurate translation of what 小沢を, Ozawa, is. Other than a tight mountainous stream area]
It is not a Triple Zoom rod, rather it is available in 3 different lengths.
So new the specification table is not completely filled in.
Shimotsukeor Tenkara Source 2.4/2.7/3.0 Rod

Their rods / products are not always called Shimotsuke or Shimotsukeor.
Sometimes I see them referred to as - OOHASHI RYOGU, 大橋漁具, Ohashi fishing gear.
You will see that name at the bottom of some pages on the Shimotsukeor website.

Interesting. I just discovered that these rods are sold on Amazon under a different name.
魚釣三昧 ( Uotsuri zanmai) which seems to translate as Fish - Fishing - Ambition, though I’m not sure if 三昧 should really translate as ambition. It’s literally 3 昧: 3 preferences, 3 desires, and google will also translate it as : friendly or spree.

Whatever the name should translate to in English.
I wonder how common it is for tenkara rods made by one manufacturer to be also sold under a different maker’s or marketer’s name?

Maybe fairly common for low cost rods, as these are. If you look at them on Amazon the front of the box is labeled てんから 源 魚釣三昧 . But if you look at the zoomed image of the rod description you can see the Shimotsukeor website listed along with the parent company name - 大橋漁具株式会社 [ Ohashi Fishing Equipment Co., Ltd.] and with the same Shimotsukeor JANコード {JAN Code] number.

If I search the shimotsukeor website for 魚釣三昧 the search results reports that are 0 out of 190 data applicable, there are no applicable items.The name is not admitted on their website.

I noticed a couple of days ago Chris Stewart is now offering the 2.4 meter version of these rods.
Funny timing sometimes.

Frequently, Buddhist terms are surprised and laughing with strange translations

Japanese use it without recognizing it as a Buddhist term

三昧 ＝ zanmai
“Tendency to do so”
“Addicted to that thing.”
“Leave the mind. You want unlimited, ○○ unlimited”

三昧 ＝ sanmai
”arrive at a deep awareness of things ”
”The Buddha is said to have attained full enlightenment.”
”Frontiers of enlightenment”

Meaning changes in how to read even the same “kanji”

@todoroki34 Thank you for the explanation. 三昧 was difficult to figure out. Sometimes I can separate two kanji and find a meaningful translation from the literal translation, but often the compound phrase will mean something completely different. Oddly on tenkara websites I often find kanji that seem to have originated from Buddhism, but the meaning there means something else, as concept change over time and was adapted to a new meaning, I think.