I didn’t want to keep talking about Fluorocarbon lines in the Nylon Level Line thread so I figure I can start a new one here. This might fall into the “overcomplicating tenkara” spectrum, so if that’s not your thing, feel free to ignore this thread.

Whether fishing Tenkara with kebari or using your Tenkara or Keiryu bait rod for nymphing, sometimes fish are extra spooky and 12+ ft of brightly colored level line, even when kept off the water can still scare some fish. To help decrease this likelihood, one could use a clear monofilament line or at least a stealthier color rather than standard bright Tenkara labeled level lines. I just received a spool of 12lb Sunline Reaction FC in stealth grey color that is equivalent to #3 FC Level Line.

I’m a big fan of indicators (tippet or line, not bobbers) even when using bright colored Tenkara branded level lines. The multiple colors allows me to see different sections of line/indicator in different lighting/background conditions. Visual takes are an important part of Tenkara. I really like the TenakraBum Tactical Nymphing sighter. It is bright, opaque and doesn’t stretch so you can easily see movement in all sorts of conditions and on the lightest strikes from fish.

In order to properly use the Sunline Reaction FC in stealth grey color, I’ll be adding a section of the TBum sighter in .011" diameter to match the line. Unfortunately I won’t be able to get out fishing until next month, so yard casting will have to suffice for now. I’m trying to get a rod for carp in my local canals, which are super spooky so that could be a good test for the stealthier line as well.

Is anyone else using a Level Line that isn’t branded for Tenkara or goes against conventional wisdom? 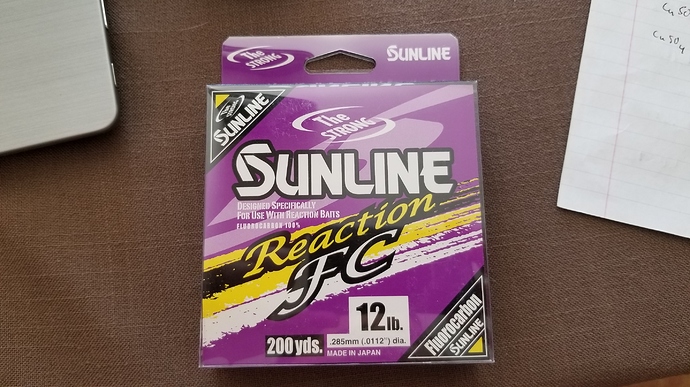 I was also looking at a Sanyo FC trout spinning line that is this opaque brown color. It looked very similar to the tannin heavy waters we have here in northern New England. That’s likely what I’ll try next.

I do believe that line color and visibility can spook fish.

I believe these things.

I spook fish most in this order:

Line color is low priority on my list, but that could be largely ignorant of me.

I have that oz series on trout behavior and some it discusses what they can see. I think it is noted that they have high sensitivity to value changes as in shadows, but mostly cannot see the details we can with nearly infinite focus. Their focus range is something like 2".
I would suspect most level lines and even furled leaders may be difficult for them to pick up if you have an appropirate tippet length and do not cast shadows with the line. Also the water itself creates distortion that also affects the window from which they see…depending on their holding depth and the surface distortion. No different to how the surface world looks to us if we were submerged looking up…accept probably blurrier.

I would like to try a clear line sometime…just to experiment if it makes a difference. The use of a sighter seems counter intuitive to concern with the brightness of ones line then put something even brighter nearly or on the water surface.

Instead of a sighter…use another fly for your sighter …very acceptable and well documented tactic.

I don’t use tandem flies, but if I were concerned with running line stealth…I would consider it.

Interesting list @Gressak. I think for me, it would be a little different. Okay, a lot different. I think I would have two tied for first place.

I believe it is Dr. Ishigaki had done some work on comparing fish vision to human vision. If I remember correctly, the gents at DT have talked about his work as well. But I could be remembering that incorrectly.

I share your thoughts about using a brightly colored sighter. I don’t have issues with them and if people like them, then great. But if fish see the brightness of various tenkara lines, what’s the difference with a sighter?

If I’m worried about spooking fish because of my line color, I use longer tippet. At least that’s what I’ve been doing the past couple of years. So in one sense, that somewhat eliminates that problem from my list above.

I’ve used the FC Sniper BMS quite a bit. It has alternating colors - it’s pretty nifty - the color is not super bright though - when the sun hits it just right it glows but it can be difficult to see otherwise .

And I’ve use Seagur 12lb clear fluorocarbon line too with a short 4" segment of mono-core nymphing line as a sighter - better than hi-viz line? Not enough data for me at this point to say - certainly not a huge difference that I can point to - but I don’t rule out in certain conditions that it might be worth it (low, placid and clear water conditions maybe) 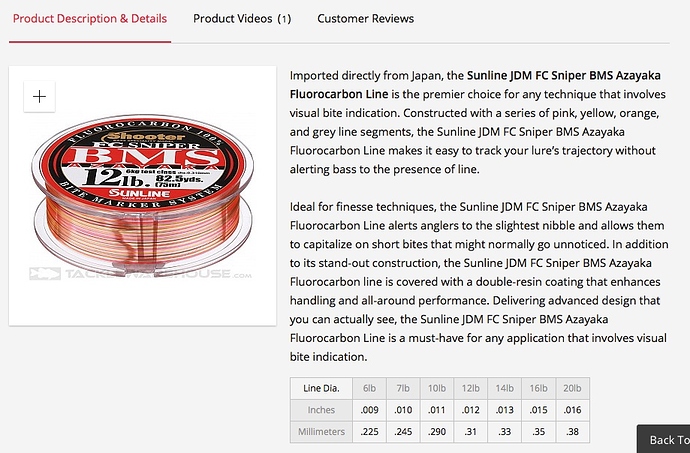 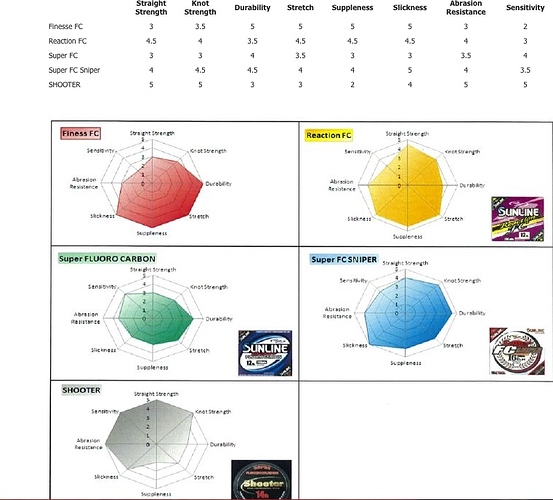 An 8" hi vis section is less obvious the 12ft. You can also put the less “aggressive” colors of an indicator(white), at the tippet end of things.

One thing that oz series showed was how tippet on top of the water affected by the surface tension can really produce a nasty silhouette. Creates a caustic artifact that can affect the fly profile.

This can be avoided by fly first with no line lay…or if you have to anchor some tippet…give the line a twitch to sink it.

A good reason to use flouro as it it easier to sink. I do not.

Part of my zen is, I will take a more Darwinian philosophy on my fishing. I will catch the ones that need to be culled…the dumb fish.

An 8" hi vis section is less obvious the 12ft. You can also put the less “aggressive” colors of an indicator(white), at the tippet end of things.

The thought being…the line closest to the water may be the most visible to the fish you are targeting…so if you make that segment more visible or as visible, it may make little difference what is above it.

These thoughts are purely academic. I have not use clear lines and done a comparison.

Another thing I forgot to mention about these alternatives. 200yds of Reaction FC was roughly $25, 20m of TUSA or Nissin Oni LL is anywhere from $15-20. Not that I’ll be flying through 200yds of LL any time soon, but it is cheaper.

I have it on my computer at home and I’m away at a conference for work. I’ll post it tomorrow when I’m home.

I do believe that line color and visibility can spook fish.

I believe these things.

I spook fish most in this order:

I would have to agree that color of the line is very low on my list - I’ve recently had numerous days of fishing on limestone spring creeks using a bright chartreuse floating furled line and easily having 10-15 fish/hr catch rates. And that’s fairly causal fishing with my father who doesn’t move very fast along the stream - very slow pace fishing not covering lots of water. Nymphing (and swinging flies too). Easily some of my best days of fishing for wild browns on spring creeks - and using a very highly visible furled line.

I was using 5-6 feet of tippet of course

the point not being that I’m awesome (not at all - I’m pretty average as an angler probably) - but that I don’t believe line color correlates very strongly to my personal successes (or failures).

could a less visible line have helped? - I’m not convinced it could - simply because if the line color became an issue I would have been violating other fundamental issues