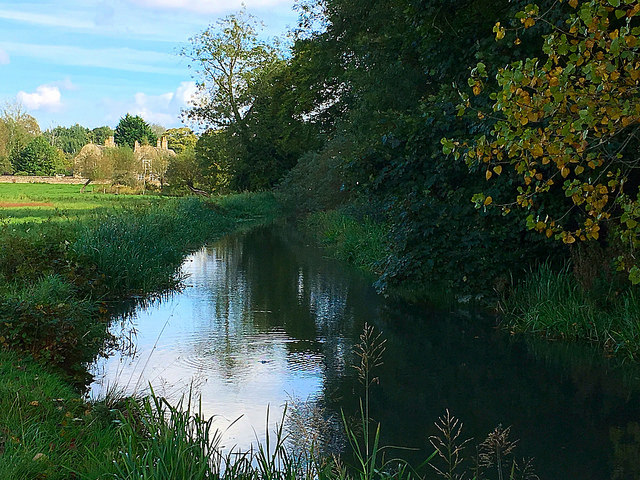 It has been a couple of years or so, since I bought my first tenkara rod. Most of my fishing is for coarse fish species (dace, chub, etc.) in the slow, deep, lowland rivers near where I live in the UK. Actually fixed line fishing may be a more accurate description of what I am doing rather than calling it tenkara. Whatever it is I enjoy every minute.
[note - having just read @CM_Stewart excellent article in Tenkara Angler Fall 2017 titled ‘Seiryu’ . I think that is what I may be doing]

Until the other day I have never had the confidence to fish with traditional Kebari patterns, even though I have tied up and carry plenty. For over 40 years of Western style fly fishing my flies of choice have been the wet fly or nymphs. Recently my increasing lack of success with them got me thinking, possibly now is the time to change?

I have access to a short stretch of river, a tributary of the river Thames a few miles from the Thames source. The stretch contains a FEW brown trout and grayling but more dace, chub and roach. The brown trout season closed yesterday so on Thursday I decided to try for trout, but would be quite satisfied with a grayling. I broke the habit of a lifetime and tied on a weighted killer bug tied with a sakasa style hackle.

Within a few minutes I was getting small dace nipping at the fly as it plopped into the water. I hooked a couple but they came off before I could bring them to hand. At least they were interested in my kebari bug - so, kebari patterns do work! My confidence soared. I was using a #14 but had nothing smaller in that pattern. I put on a #18 black bodied midge sakasa kebari and as the dace were in the top layers of water changed from a uni-thread furled line to a Fujino soft white tenkara line, which casts/lands so delicately. I continued to catch. I never did catch a trout or a grayling but who cares, I was Tenkara fishing in all but name, using a sakasa kebari. No fish photos but as the largest dace was only 4" I decided it was too embarrassing to photograph. I do have a reputation to consider!

Incidentally this river stays open for coarse fishing until March next year so hopefully there will be a few more trips and I may even catch a grayling. 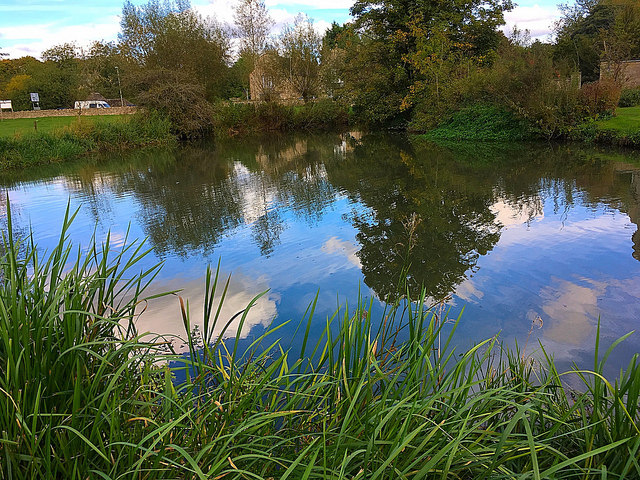 recently I have been thinking about getting a lighter rod for those 2-4" critters. I think I have the wild brook trout bug.

I see no shame in small fish. I actually find them harder to land. I really need to tie smaller flies for them. Its amazing that I can hook and land a 2" brookie on a size 12 fly… Hungry beasts.

Please tell me what kind of kebari to use

I also fishing in the same kind of place 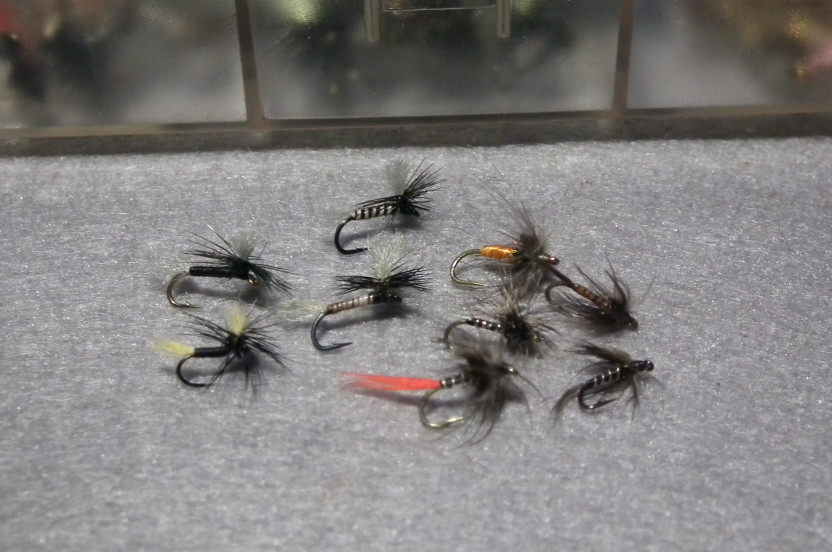 Thanks I will look into those.

Do you ever fish faster running water?
I ask, because I generally have more success with kebari in faster water. The water you show looks slow.

I have less experience than you targeting trout, but the water you show makes me think the trout would either be in the edges or in the deep sections.

I also find that the trout need to be very aggressive to beat out those smaller faster characters in the river.

Do you ever fish faster running water?

Very rarely these days.
There are a couple of places on the stretch I was fishing where there is a bit more flow. I don’t mind catching small fish on a tenkara rod. I find it quite satisfying but if I am targeting them I will fish with a wet black ant #20 or midge pupa #18/22 or my favourite, a small Sawyer type Pheasant Tail nymph #18/20 or very occasionally #22

There are very few trout there but occasionally a 4 or 5lb brown trout is caught. I will persevere with kebari when I get the chance. However that may be a while now as I can’t drive at the moment for health reasons, so my fishing trips are restricted to where I can get by bus! That means a very large deep canal which is full of fish but to date tenkara has drawn a blank, although a 6’ spinning rod with a jig fly or spinner can be successful. However I do intend to give the tenkara a go as I can see no reason why it won’t be successful, also I am a stubborn old fool and won’t be beaten!

Incidentally thanks for your tips I am a great believer in fishing the edges and standing well back.

One thing to try too if you are bored. Try a night fishing session. I fish the ocean almost strictly in pitch black dark, I do occasionally fish the ocean in the day time…but the biggest of fish come in closer to feed at night. I have reflected on fishing tenkara at night, but most of my locations have too much foliage.

If I suspected there were big browns around an area that looked like that, I would be temped to drag some offerings at night. Kebari, streamers, and a small mouse fly.

with few overhangs you could fish the water in the pics easily in the dark.

google tenkara mouse fly…not that one should ever put those two together…hahhahahaha. 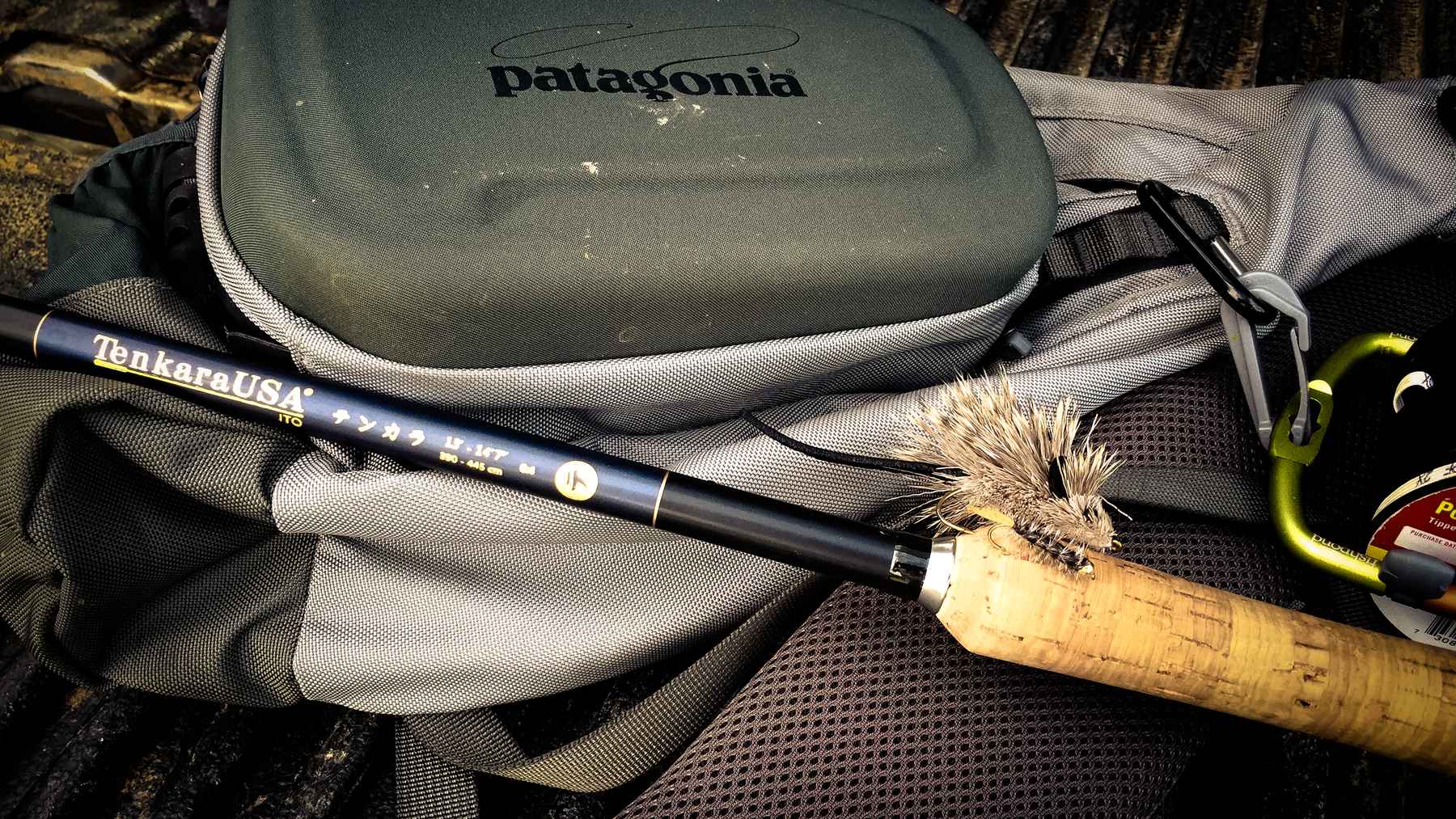 Fish with a tenkara rod long enough and you will start looking for ways to push the envelope. It is the nature of fishing and anglers, but especially that of fly fishers.

2 Likes
Tenkara in the dark