It’ll be closed season for salmonids here in Australia after the weekend, which here in Victoria will be a public holiday long weekend. So knowing that every man and his dog will be going for their last trout fishing trip over the weekend, I took the opportunity to have once last crack at some fish before the weekend madness. 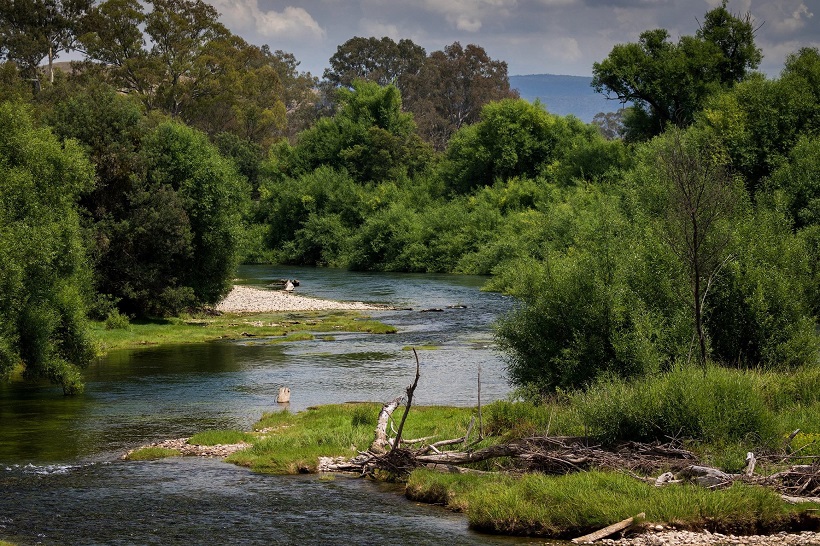 The location for this session was the Goulburn River, Victoria Australia. The picture above is an image I obtained off the net as I forgot to take a location snap before leaving. It’s one of the larger trout rivers here in Victoria, and is well known to fly fisherman. The substrate is made up of gravel and boulders with plenty of underwater grass-beds.

The Goulburn River is not really a river I’m equipped to tackle. The larger of my three rods is my Daiwa Sagiri 39MC, which is fine for the other creeks and streams I fish, however I was outgunned in this river. Having a bit more length would have been nice, but not essential. I found that I could break up the river into sections where there was gullys and valleys between the grass beds which seemed to be the most likely fish cover. 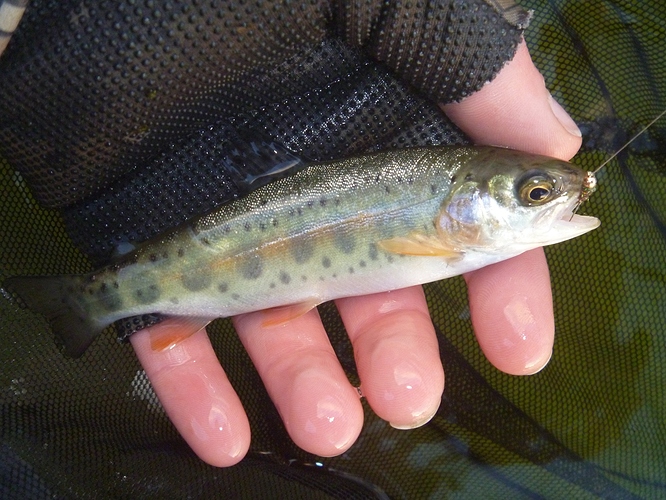 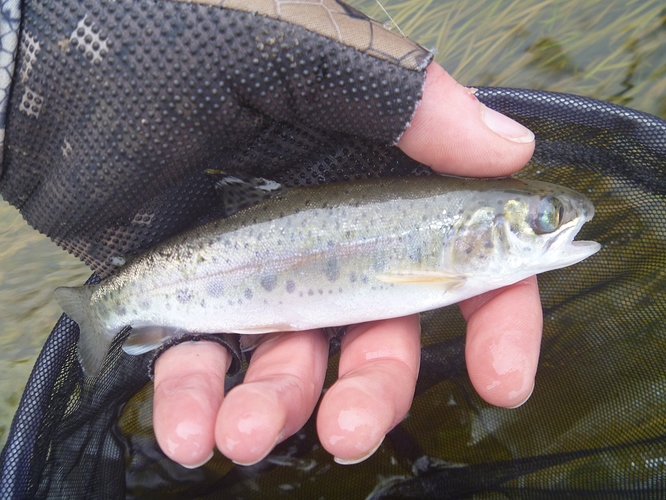 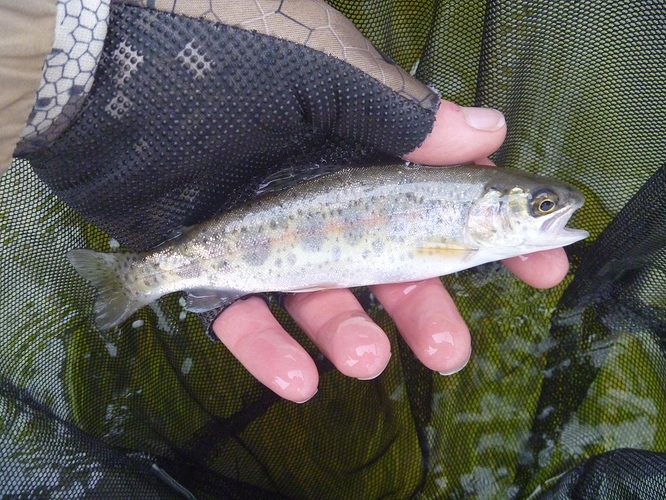 Plenty of little Rainbows were enticed out of the grass-beds by drifting the tiny bead-head nymph that I have come to trust most. There were other larger fish in these spots too as I could see their silhouette against the gravel, however the small ones were always more eager to get the fly.

A small tributary that flowed into the main river looked promising so I had a crack up that one. It seemed that this was going to be a well contested spawning area as I was able to make out several large fish holding close to the gravel. After a few casts I hooked up with a larger specimen, I would estimate at around 40-50cm. I tried to subdue the large rainbow for about 5 minutes, moving up and down the tributary with the fish, trying to turn it’s runs and keep taught line during the jumps but eventually the fish one, breaking off the 6X tippet.
I was pretty frustrated after that but I’ve come to realize that I was ill equipped for such a task.

Maybe I’ll look at getting a more substantial rod but seeing as this is the start of closed season, I’m in no rush. 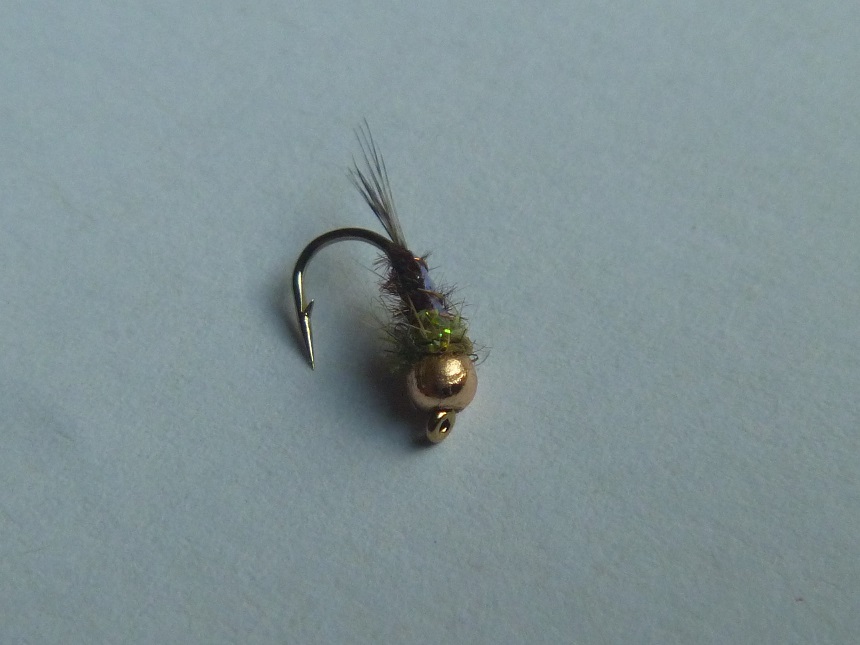 This is the little bead head that has been the most productive for me. I use another identical pattern but with hot pink colours too.

The area looks beautiful and seems like you had fun. If you tie your own, would you mind sharing your pattern over in the fly tying photos section? Thanks for sharing.

Sorry Peder, the fly pattern was just purchased at a fly shop. I have not yet started tying flies, I don’t even know what it’s called.

Haha. No worries. It never hurts to ask.

Well done! I’ve never tried the Goulbourn at all. Others at the Club do often. I’ll get there one day.