FYI, should anyone be tempted to purchase the digital edition of Fly Tyer - just don’t.

I purchased my subscription back in 2012, and things were ok. A little bit hinky with content disappearing every once in a while if I did an iOS upgrade. And then the occasional move to a new device took a while to download content.

But that all pales to what seems to have happened about 8 months ago, based on the current 100% one star rating on the App store. Apparently no one is getting purchases restored. And there’s no means of contacting developer support through the app. Contacting support via the Apple store just leads you to the Fly Tyer web page. Contacting their support does nothing, as they don’t handle subscriptions made through the Apple Store.

Several years ago I had a somewhat similar experience with Dual Sports News (I think later they renamed it Adventure Motorcycle or Adv Moto). Started out as a print magazine subscription. Shortly after renewing the subscription they switched to only being a digital e-magazine. I was never successful getting it to download properly. Paid for several issues I never received.

Just recently after stumbling upon Justin Bruce’s Houdini fly, I found he writes for Fly Fusion magazine. And I wondered if their digital version would have the same problems. Or if it worked ok, would there be enough content that interested me. I read a lot of book already so it would have to justify fitting into my reading time.

Scott,
Sorry about what happened to you. This can be very frustrating especially if they can’t at least give you a partial refund. I had some problems with Fly Fisherman and exited that subscription.

With this last fiasco with Fly Tyer, I’m now at the point where I’ll just scour free sources. With all the various content from around the world, it’s honestly not even worth the $14 annually. I mean how bad is that? Your content isn’t worth a beer and a burger annually…

Get the half pound sirloin burger at the Dutch Goose for $10.50 and tax. This is in Menlo Park, dab smack in the middle of the SF peninsula. Not a cheap place to live at all.

For the beer, well the bad news is you’re going to have to buy it at the nearby Safeway. $10 for a sixpack of Sierra Nevada. The good news is you’ll have beers ready to go for the next 5 burgers

I just paid $11 for Sierra Nevada at our local gas station last night. Our local bar (when it’s open) has decent burgers for $12 plus tax, but you pay ¢75 for anything extra.

You may be in the middle of the peninsula (where I know it’s expensive), but I’m in the middle of nowhere. The only thing that you have me beat on is the cost of gas and real estate and I don’t envy you there.

I just paid $11 for Sierra Nevada at our local gas station last night. Our local bar (when it’s open) has decent burgers for $12 plus tax, but you pay ¢75 for anything extra.

Continuing down this rabbit hole - I used to buy SN Pale Ale at Safeway. I really liked it and see it now comes in cans making it better for flavor, transport, recycling, and stashing one in a cold stream to enjoy after a long day on the water

Anyway it got scarce for awhile and I gravitated towards maltier Reds and Ambers. During a 3-day fishing trip at a “fly fishing only” mountain lake planted with BIG trips a friend turned me on to “locally” brewed-bottled Scotch Ale. It was real good but hard to find. They must have recently gotten an infusion of cash because now it’s on the shelf every time I go to Safeway, and it’s in cans 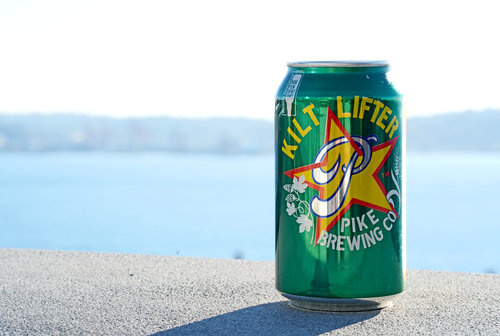 I want to say that I’ve heard of Kilt Lifter, but don’t think I’ve ever had it. I tend to go for big hops over big malt, with the rare exception of a barley wine on special occasions.

Oh, and the latest special at Safeway - Torpedo bottles for $14.99 a twelver. If they get the Hazy down at that price, I’m gonna go all Coronavirus hoarding on about 4 of them.

Mine was for a six pack of torpedo.

@Brian_Miller SN pale ale was the first “good” or “craft” beer that I got into back in the day. Basically, that’s all there was. On a hot summer day, I’ll still grab some for nostalgia sake.

@Scott_T It’s only been recently (since New year’s) that we’ve been able to find the Hazy around here. Granted we are wicked spoiled with AMAZING beer choices here in New England, but it’s still a decent beer.

Wow, I’m in Wisconsin and can go4 blocks from my home to the closest pub and order a loaded cheese burger for $6 and a large tapper for $2.50 every day of the week. Where do you guys live that it costs so much?