I recently discovered Japanese fixed line fishing techniques and decided to get a Suntech Keiryu Special GM27.
On my very first outing with the rod I was loving the smooth accurate casting and stealthy approach to fishing when I landed a quite unusual catch… 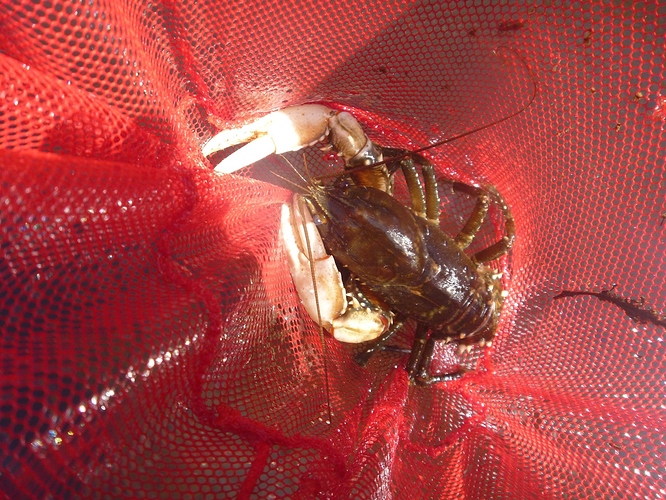 I was fishing an Utah Killer Bug in relatively slow water about knee to waist deep. The slower flow meant my UKB was close to and touching the bottom in some parts. I thought I had become snagged but then the snag starting moving!
A native freshwater spiny crayfish known as a “Murray Crayfish” here in Australia had taken a liking to my fly and decided to grab hold.
I kept constant gentle pressure on the rod whilst I waded my way towards the white claws on the creek bottom. Scooping him up from behind so that he would swim into the net, I lifted him up and retrieved my fly. 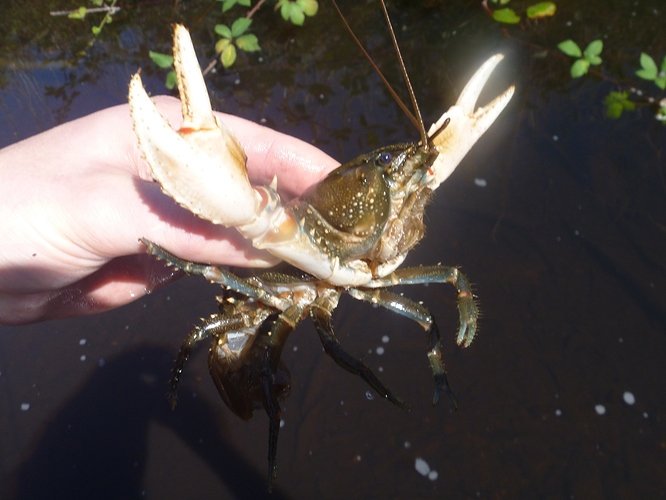 Murray Crays are awesome native fauna and a sign that the water quality is in good shape. Also, the very clean shell indicates to me that this cray was growing steadily and shedding it’s shell frequently. This one was only small, in larger streams and rivers they grow quite large, about the size of a small marine lobster.

I became so preoccupied finding other little white claws in the creek and enticing them with my rod that I missed a very decent sized brown trout that was cruising by. I didn’t catch any fish that day but had a ball chasing crays.

The biggest one I found that day was a fine healthy male specimen (I’m bit of a crayfish enthusiast) that emitted a hissing sound when out of the water, which they are known to do. 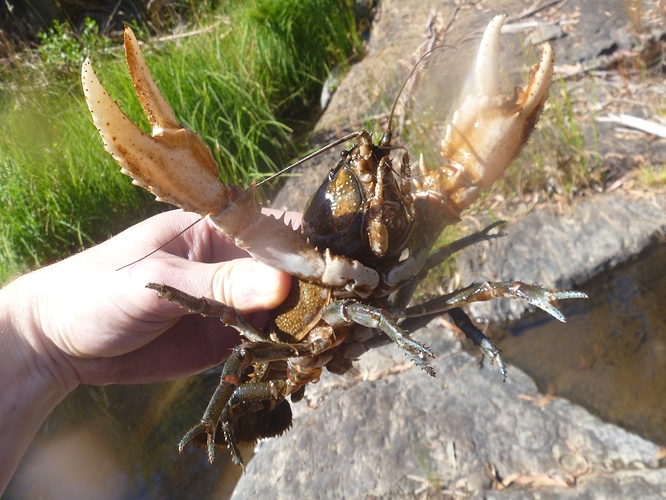 Whilst I didn’t catch any trout, I had a great time “sort of tenkara, sort of nymphing, sort of keiryu fishing” for this spiny little critters. I do hope to give the rod a proper workout with some nice little trout in a particularly small overgrown stream here soon.

All crays were released unharmed back into the same square meter of creek where they were found.

Nimbus, welcome to the 10CT Forum.
Yeah, sometimes ya catch the unexpected. More often in salt water, less frequently in fresh water. Sometimes you catch something you would prefer to not be on the end of your line.

I have occasionally seen Japanese tenkara videos where someone pointed them out in the stream, but never one where someone caught one on their fly.

haha man, those crawfish are huge and awesome.

@Nimbus welcome to the forum and thanks for sharing your great catch with us.

We will call this Tenclawra. Sorry, ahead of time for the pun. It is funny that some in the US call them crayfish, crawfish, and others refer to them as crawdads. I’m not sure how the different naming ever occurred. Paul, are you able to steam and eat these beasts? These are huge compared to the crayfish we have in the streams and rivers of Virginia.

I did catch a sunfish that was then caught by a northern water snake. The snake
won the battle and took the fish with the fly in the sunfish’s mouth. That is about
as exciting as it gets around here.

All crays were released unharmed back into the same square meter of creek where they were found.

Very Nice. Those things are beasts…any bigger and you may need a wire tippet.

I share to your fascination with the crawfish. I spent summers of my youth hunting them.

There are a few really cool videos on YouTube were some wildlife snatches away a hooked fish.

In one a guy in Alaska or Canada, almost has a salmon in his net when a bear rushes out of the brush and takes his fish. In another one a blad eagle grabs and flies away with a fly fisherman’s trout. The eagle had made a previous failed attempt. In another one some guys fishing from a boat in salt water are trying to gaff & haul on board a large fish when a sea lion, I think, takes it away from them. Or maybe it was a different large predator.

Wildlife are also subject to having their meal taken away from them. In a video of kids playing baseball above the ball field an Osprey is flying along holding a fish when it is hit from above by an eagle. The Osprey releases the fish, which the eagle grabs in mid air & flies away. I’d bet someone could try for years to film something like that on purpose and not succeed.

I only like to catch critters that can’t turn the table on me and have me for lunch.

You can legally catch Murray Crays during a short season for them here in Victoria, however strict size, sex and bag limits apply. This is because they are pretty much a threatened species, and take a long time to reach sexual maturity (6-9 years).
They are quite tasty cooked in boiling water with halved lemons. Eating them requires serious tools, like hammers and pliers, as they are very armoured and spiky.

If I am catching freshwater crayfish to eat, then the Yabby (as pictured below) is a better option. These are caught in baited traps similar to your crawfish I believe. 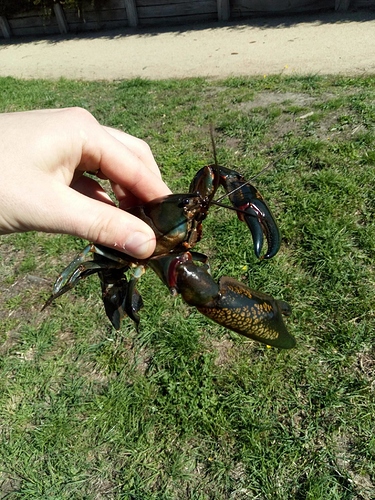 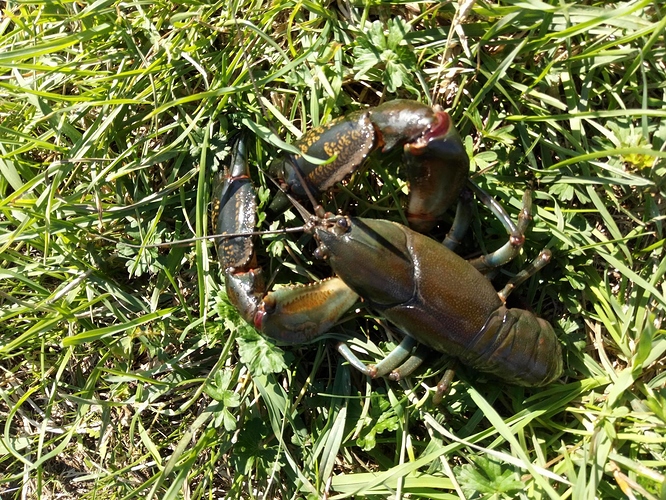 This is amazing. Thank you so much for sharing this with us on the forum. I teach Biology but I have never heard of the Murray Crawfish. This is really cool. I’m glad you joined the forum with us. I have learned so many things by members posting different info. There is a wealth of material/information to keep you busy for a long time. Many of the members are amazing on tenkara resources, info., and their experences through trial and error.