Hi Karl. I think it would be helpful if you posted some context here. Why did you share this video? Do you have these hackle pliers? Do you use them? Do you not have them but want them? What makes them better than regular hackle pliers? What do you like and dislike about them?

I’ve used them, but they didn’t spark joy for me. Everyone has their own preferences in hackle pliers and it takes trying a few different styles to find what you like. I started tying in the mid 1970’s and I’ve been through about a dozen different styles. I landed on a couple that I like better than others. I’ll use one style for dry flies and a different style for soft hackles. But the important thing is to try different ones and find what works for you. Tyflyz pliers has a large fan base, they just don’t do it for me.

I've been tying flies since 1974. When I was a kid, I took piano lessons, clarinet lessons and fly tying lessons. Once a week I'd go to a h...

Tristan asked for a little more information - like do I have this type of hackle pliers? Yes, I do and I have been quite happy with mine; I have been using them for 3 to 4 years now I believe - I don’t keep a log on tying tools and I don’t remember exactly how long ago I bought them. But I have given several pairs as X-Mass presents to fly tying friends and have gotten very positive feed back from the anglers I gave them to. I own other hackle pliers that I also like and still use for specific dedicated purposes, some times using more than one pair at the same time on the same fly.

I believe that the video pretty well speaks for itself. Try doing the same things the guy on the video did with the Tyflyz Tweezer with any and all of the hackle pliers you have. None of mine could match its performance. And after the long thread on the C and F and the Stonfo pliers, I just wanted to show that you can get an American made, quality, innovative design, and highly functional set of hackle pliers with out having to pay an arm and a leg to get the C&F.

I made one slight modification to my Tweezers. I dented the brass tube slightly with a small pair of Vice-Grip pliers, to better match the curve on the pad of my thumb and flatten it a little so it does not twist so easily in your fingers, and I like the way it works (so modified) better now.

Here is another style of hackle pliers I find useful to include on tackle packs for help in tying line knots, as well as in the tying of flies. They are also available with out the ring, but the ring helps a lot in winding hackle and for counting out and holding the twists when tying with wool yarns for fatter bodies. It is also easier to use than a dubbing hook is when re-enforcing herl with dubbing loops for wrapping fly bodies.
https://www.amazon.com/EZ-Hook-Hackle-Pliers-Pack/dp/B01KYVBCR4

In Tom’s article (thank you for the link, Tom), you can see the Plunger Style Hackle Pliers with out a ring.

I’ve had the Tyflyz hackle pliers for four years or so and like it. But also have other types of pliers from the older designs to some newer designs. Including the Stonfo Elite & Soft Touch Ring pliers. Which pliers I use sometimes depends on what type of hackle I am winding on or only on which pliers are found first.

I’ve had the teardrop style since I started tying in the 1980s. 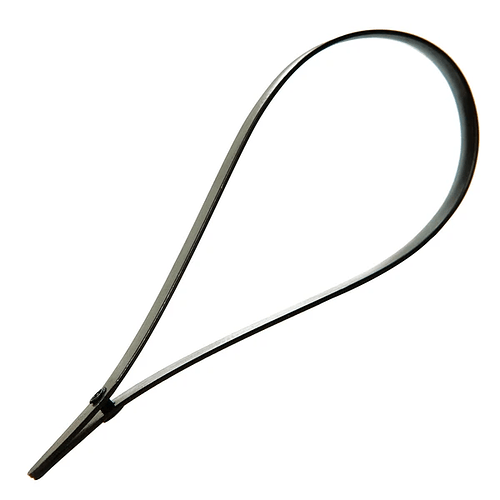 image600×600 74.5 KB
After a time they slipped and cut small feathers making them frustrating to use so I bought an electronic test probe but it also occasionally cut feathers. Later the plunger became worn so it would come apart. 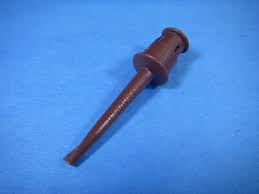 Then I saw pics of teardrop pliers that had rubber or silicone tubing over one or both of the jaws. I tried silicone over both and just one of the jaws. It stopped the cutting but it still slipped.

Sometime after that I stumbled across a video with a guy who had the same problems I had with the teardrop type. He took a short piece of heat shrink tubing and put it over one jaw, and trimmed it as close as he could and it seemed to work for him. I have several sizes of heat shrink in my electronics toolbox and tried it. It works pretty well and has delayed my need to buy new pliers.

Brian, That’s s great tip on the Tubing applied to one tip. I have also used Electrical Tape on the Plunger Hackle Pliers as well but, it isn’t nearly as long lasting as the tubing would be. I just cut a pad the width of the Jaw and stick it on with the Tape’s adhesive. Some of the adhesive seems to remain after the tape falls off and I don’t remember ever applying the tape for a second time. This was mostly for tying line knots with 6 & 7X tippet materials, which seem to slide through the jaw easily under windy conditions.