429×600
Anyone know who the tenkara angler is in the larger picture on the cover?
Actually he might be identified / named in the text below the picture, but I haven’t yet figured it all out.

When I first saw the above image I thought it was a book or magazine cover.
But it is a poster for an event originally schedule to be held this past March 15th. But postponed due to corona-virus.

The notice of postponement hoped it could be done in November. However, a date certain has not yet been set.

Of course the event will be done in the Japanese language, but if or when the event can be held - hopefully blog post about the event will be more accessible to English or other language speakers. I think there may be some interesting perspectives.

As you can see they used different Japanese characters for the title than the more common characters we see.

Which I suspect was in keeping with the theme. Using the Japanese characters for traditional Japanese words, and not the characters usually used for words borrowed from other languages.
てんからの真髄 〜古式てんからの世界〜
is the same as
テンカラの真髄 〜古式テンカラの世界〜 (which google more reliably translates)
[Tenkara no shinzui 〜 koshiki Tenkara no sekai 〜]
The essence of tenkara ~ The world of old-fashioned Tenkara ~

I didn’t readily recall Kojirō-san. But an internet search quickly found his blog, which I recognized I have looked at it many times over previous years.

Being the youngest of the four lectures he faces that duty to preserve the older tenkara traditions and methods with great humor at being selected for the honor, and humility.

Anyway, links to the two original and digitally translated webpages promoting the event.

http://teruzo.extrem.ne.jp/tenkara/ The essence of tenkara ~ The world of old-fashioned Tenkara ~

Lastly – Kojirō-san’s January invitation for - Everyone to look at this -
His take on the event, and his invitation to be one of the lecturers.

http://tenkaratoyama.jugem.jp/ Everyone look at this ~ ~

Maybe some will find this interesting. 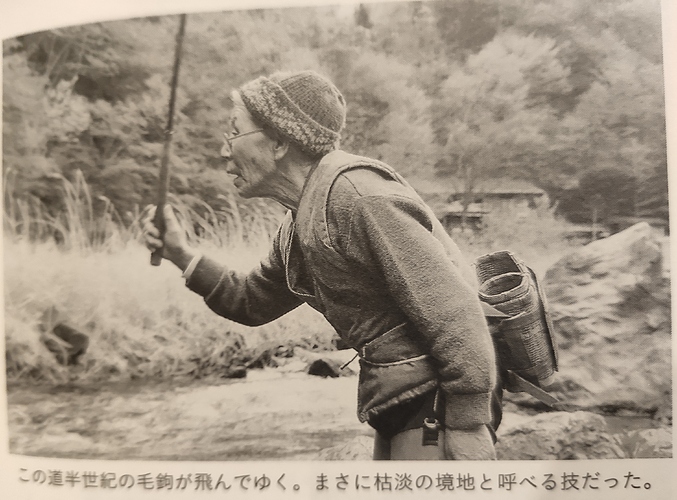 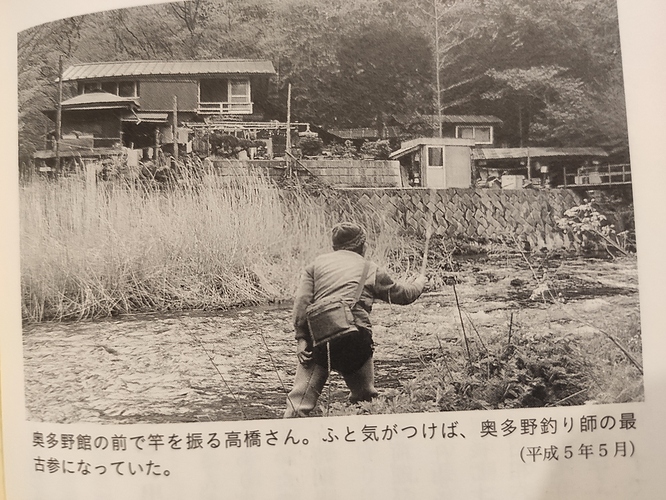 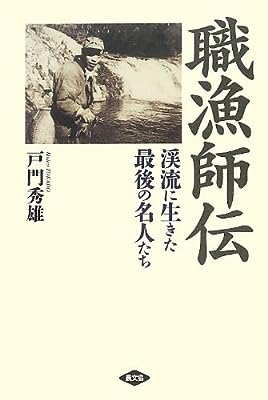 As an FYI 戸門秀雄さん Tokado Hideo-san is author of the book “Professional Fisherman’s Diary” , “shoku ryōshi-den”, 本『職漁師伝』. That has had been discussed on this forum before.

Published by 農山漁村文化協会刊, Rural Culture Association publisher, which also sponsors this event. Which has also published some of 瀬畑雄三さん Sebata Yūzō-san’s books.

Their tenkara webpage may have broader interest.
http://teruzo.extrem.ne.jp/keiryuu/tenkara/tenkara_top/tenkara_top.htm

Vladimir - Thanks for the pictures. It looks like there may be a name below the bottom picture.

Near freezing weather in Murmansk must make you a skillful detective.

Mr. Takahashi, if I understand correctly.

Sadly, there is very little effort in America to promote the knowledge at this time.

I appreciate the topic.

I found some great reading about tenkara in Japan, the type of tenkara I enjoy.

This book says that photo was taken in May Heisei Era 5th ,1993.

David san in this case we read not dzuri- but Tsuri Tengu.

Mangetusan,
Thank you for comments.
Depending on one’s own age, a photo from 1993 may not seem that long ago.

we read not dzuri- but Tsuri Tengu.

Well, I knew it was Tsuri, but left it as “dzrui” because that was how it showed up in the phonetic section of the digital translator, and also I thought it may have been written that way in phonics due to - 連濁 , rendaku [sequential voicing of Japanese language].

Looking at the poster Tsuri Tengu [釣り天狗] appears to be translated on the poster as " Fishing Team". But I could never arrive at translation of tengu as team. Only alternate digital translation of 天狗 as “Braggart”. Or oddly, 天 狗, Heaven dog.

It is a mystery, language puzzle, But it’s all part of the fun.

FYI for anyone interested - to add to the confusion or clarify it.

The rendaku exblog also provides some insight into - classic rendaku [古典 連濁] However, the sometimes odd, inaccurate digital translation into English, can also introduce some confusion, too. This blog takes a bit of a different view, with rendaku not so much defined as [Euphonic change of unvoiced to voiced sound] but emphasizes rendaku’s role in conveying correct meaning of words. The “rule of meaning.”

Not much different from where I am, 37.4°F. And I am far south of the Arctic circle. 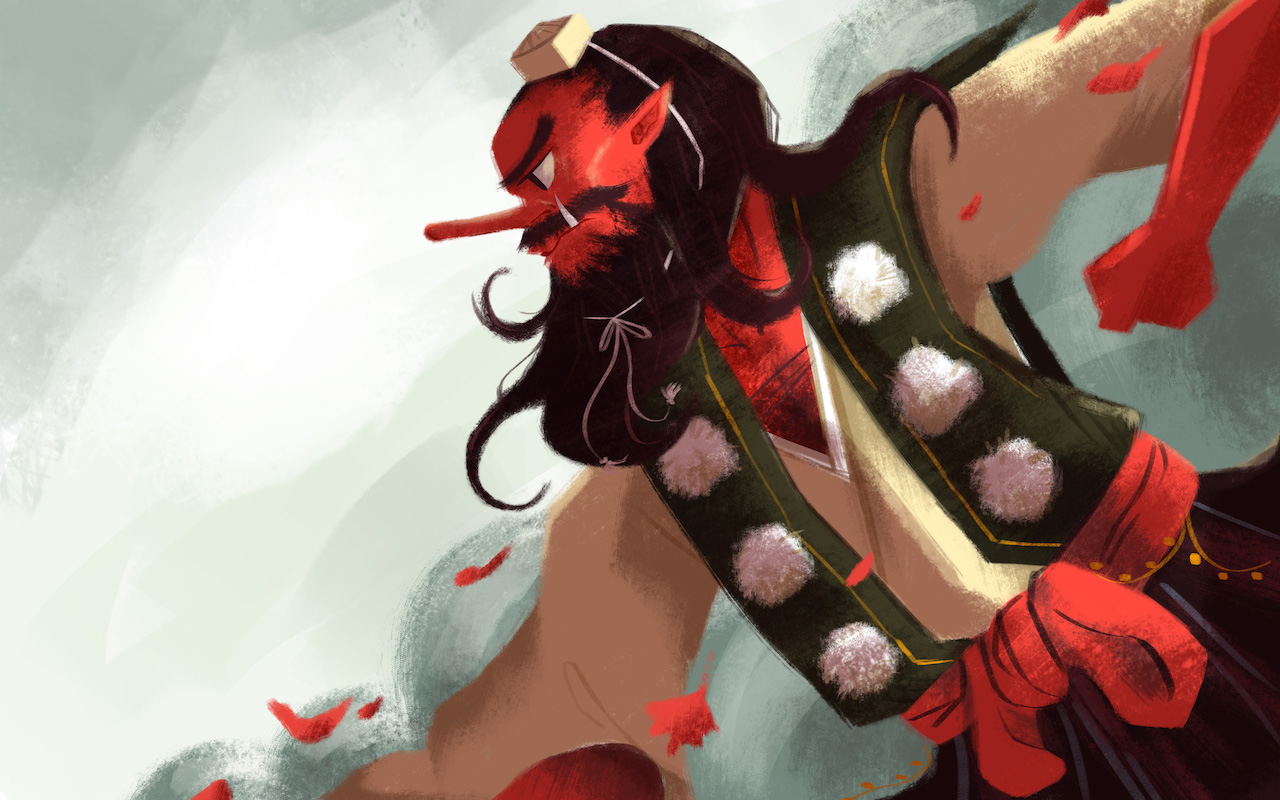 Of all the yokai, you don't want to mess with the tengu. Find out how this birdy big nose became a dreaded doombringer (and enemy of Buddhism).

Mangetusan, That is a fun webpage.

「Fishing Team 釣り天狗 」Fishing Team appears to not be a direct translation of Tsuri tengu.
Perhaps more the same idea as テンカラの鬼 [tenkara no oni].

https://note.com/tengart/ 釣り天狗 Tengu to enjoy fishing in a unique way

A bit of fun insight into Japanese folklore culture.

Anyway – Hopefully if / when the てんからの真髄〜古式てんからの世界〜 event is rescheduled.
Maybe there will be some interesting content from the event available online afterwards that will provide a taste of the information presented by the speakers. Perhaps something interesting for people who enjoy exploring insights into historic culture.

I found some great reading about tenkara in Japan, the type of tenkara I enjoy.

David, many thanks. Awesome info.

Interesting. 天狗 would translate as sky dog or heaven dog in Chinese. And would be pronounced as “tee-ehn goh”. And according to Wikipedia, that’s exactly what a Tengu is: https://en.wikipedia.org/wiki/Tengu

Maybe I understand more Japanese than I think I do (Not really. At all)

What’s really wacky, is plug 天狗 into google translate, and it’s translated as Tengu in English.

Maybe I understand more Japanese than I think I do (Not really. At all)
What’s really wacky, is plug 天狗 into google translate, and it’s translated as Tengu in English.

I also look at a lot of Chinese websites. Most kanji mean the same thing, only the spoken words are different. But sometimes some divergence over time due to culture.

I think you will find if you enter 天狗 in to Google translate input window, in the English translation output window. If you highlight “Tengu” you will get a drop down list that offers an alternative translation of “Braggart”. But I assume being a braggart may be part of a Tengu’s personality. Not that tengu literally means being a braggart or only by association.

Anyway, the Tofugu / Tengu link from Mangetusan gives a good explanation how Tengu , 天狗, literally Sky/Heaven/Cosmic Dog , evolved to refer to a being that - does not fly and is not a dog.

But often one has to understand the culture to understand the meaning of even simple phrases.
Try this example from a webpage I was looking at.
テンカラ釣りもフライフィッシングも両方知らない方には。
キツネに つままれたような はなしなので。
For those who do not know both tenkara fishing and fly fishing.
It’s a story like being pinched by a fox.

What could being “pinched by a fox” mean?

However, I think the word that translated as confused, also has the meaning of “I was surprised”. As in surprised or confused by something unexpected happening.

https://biz.trans-suite.jp Origin & meaning of “pinched by a fox”

The two sentences about fly fishing , tenkara, and pinched by a fox, were found on this webpage.

When I can’t go fish fishing. I fish for odd knowledge. It’s a character flaw. 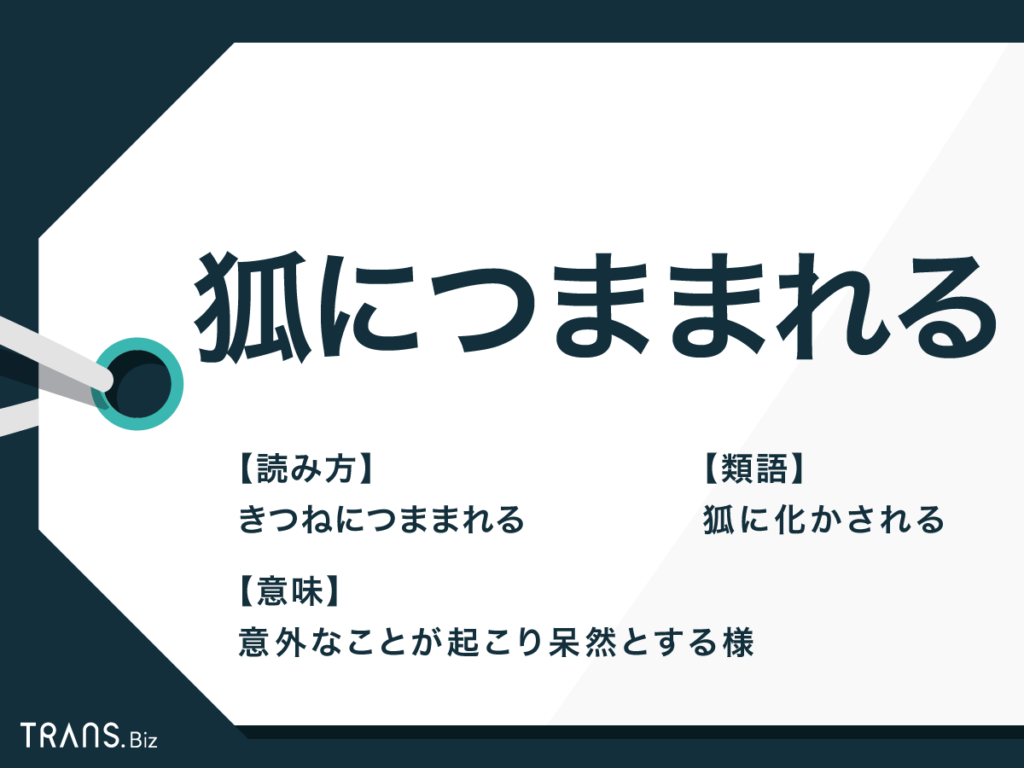