Though of course, not a Japanese fly I think, in spirit it’s a tenkara fly

Thanks for sharing that Anthony. I agree, totally in the spirit. I’m going to have to tie some of those up this weekend. I love using common starling; it’s one of my favorite feathers to tie and fish with. I use starling on several of my “kebari” already; particularly finding it works really well on small Takayama style kebari.

Definitely my favorite winter and spring creek wet fly for the last decade.

Sir Oliver Edwards is an amazing man. He probably has forgotten more about fishing than I will ever learn in 50 years. He’s the “BOSS.” Many of the flies he has designed are works of art. I have his Master Class Book and several videos. If you don’t have the book or some videos, do yourself a favor and purchase a few.

Here’s my attempt at them yesterday, using his method. It’s opening day today, so I may even use one. 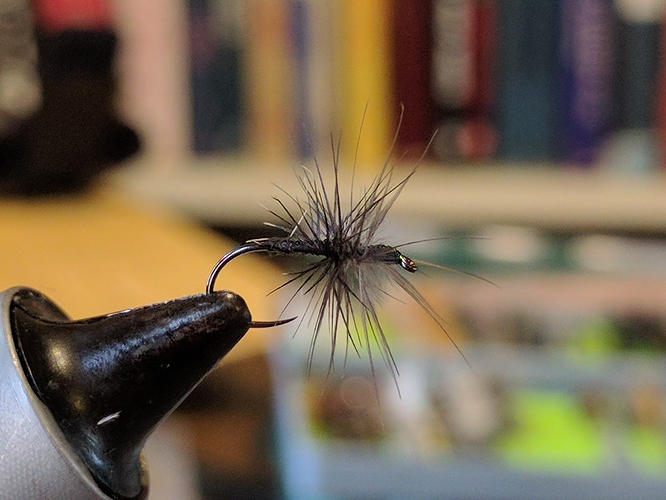 If you are interested in the history of traditional flies with many patterns then this book,
THE NORTH COUNTRY FLY: YORKSHIRE’S SOFT HACKLE TRADITION. BY ROBERT L. SMITH.
is very good . It is published by , COCH-Y-BONDDU BOOKS
http://www.anglebooks.com/the-north-country-fly-yorkshire-s-soft-hackle-tradition-by-robert-l-smith.html

I like it because I tend to believe that rumpled, beat-up-looking flies are attractive to fish.
Partly due to things I have read here and there, and because of Paul Schullery’s chapter, Rag Tag and Rumpled - The Mystery of the Ratty Fly, in his book Fly-Fishing Secrets of the Ancients.

You can read most of it on the following websites. However, in the book there are more pictures than shown in these two sites.

Indeed, Mr. Schullery’s article shows a picture of flies from 1789 that looks a lot like the flies Alejandro Gómez shows in the video.

I also found his history of silk worm gut interesting. When looking at old Japanese webpages about fishing I sometimes run across the word Gut ( ガット, gatto) or Silk Gut ( シルク・ガット, Shiruku Gatto) in the text. It often seems to be a name that originate from the British. But sometimes just used as a generic name for fishing line.

In fact there is a Japanese book, 英国のフライフィッシング史, UK/British Fly Fishing History, which writes about it.

Scroll up and check out the flies, on the page following the front cover.

The following document, The Story of Silk and Silkworm Gut, adds a bit more about how it was made, what countries had success making it and which did not. I think it is not the same document he referenced in the video, though perhaps it is, just a different chapter, as this document focuses on it’s use in surgery. But the process of making it is the same. I think. Kind of amazing that a single silk line could be made 2,400 feet in length, and very interesting history that at one time Silk was a national secret of China, its’ production only by royal hands, where it stayed until a Chinese princess married an Indian prince, and she smuggled some eggs into India and taught them how it was made. Later two Persian monks smuggled eggs from China concealed in a cane to Constantinople. Which for 1,200 years provided Europe with silk. And Murcia, Spain, remains a capitol of silk production. Or at least it was when this document was written.

The W.C. Stewart book, The Practical Angler is available on Amazon, pricey for print copies, but also available on Kindle. Eighth edition of this 1857 book.

“The trout within you wimplin’ burn,
Glides swift, a silver dart;
And safe beneath the shady thorn
Defies the angler’s art.”

Anyway, I have a Starling skin, I will have to give this method of tying a fly a try. 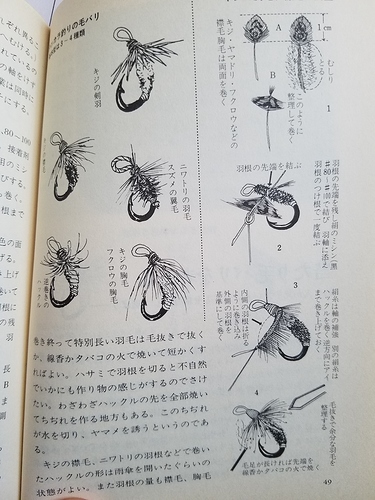 Yep, I have that book. I had forgotten that drawing is in the book.
I’ve tried it a couple of times, but haven’t quite gotten the knack of getting the length of the thread and the length of the feather stem to match as closely as I’d like. One or the other ends up being a little bit longer than the other, and together they just don’t wrap on the way I think they should. 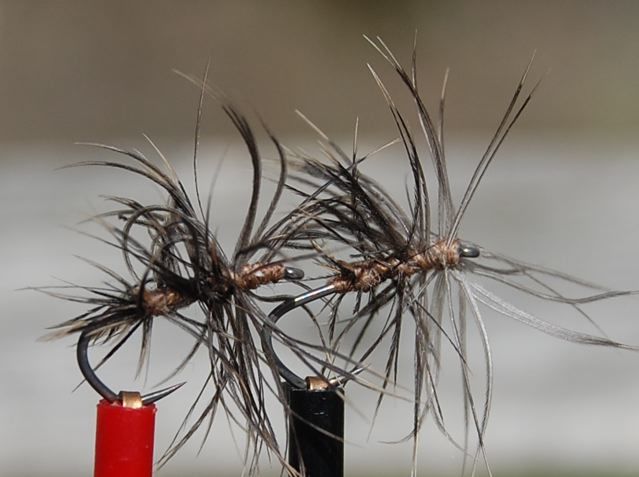