Side by Side comparison of Pheasants

Here is a side by side comparison between a Ring Neck Pheasant Hen (L) and a Japanese Green Pheasant Hen(R), feathers taken from similar parts of each bird. You can see that the barring is far more consistent in the Green Pheasant than in the Ringneck. 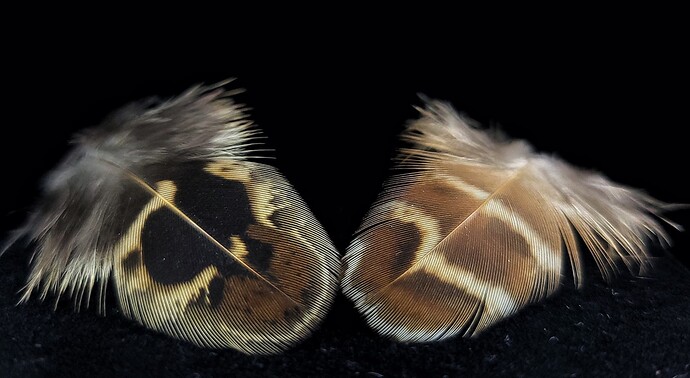 Jonathan, thank you for posting your photos of the pheasant hackle. While the Japanese Pheasant feather is more consistent in its barring, I, and I believe the fish would also, prefer the higher contrast of the darker hackle feather. Beautiful Pictures…Karl.