Thank goodness for trout management areas in the new york metro. And thank goodness they dumped something other than rainbows in. I have survived on rainbows all winter…but must admit that they are not where my heart is.

The rivers in CT are like the tines of a rake. Parallel lines that start from the north and deposit into long island sound in the south. I was greeted friday morning with herald of spring. A flock of about 50 canadian geese. They used my river as a compass needle and flew up it low altitude…honking and fulfilling their formation of perfection. 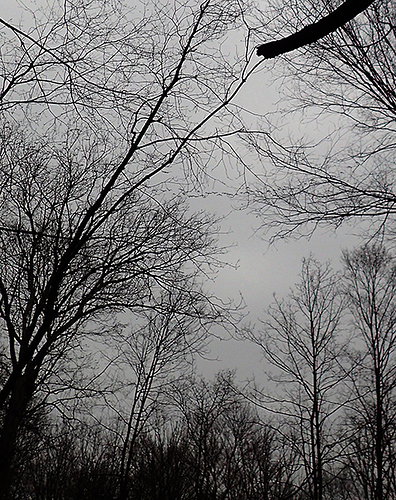 I caught word that the tmas were stocked a couple weeks ago. The fish were rising to little bugs, yet I still managed a domesticated trifecta. 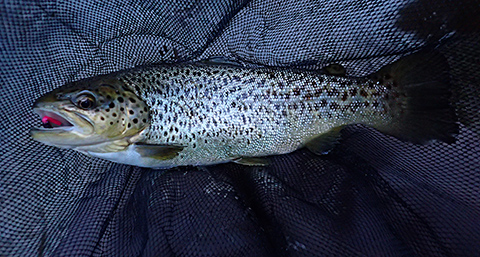 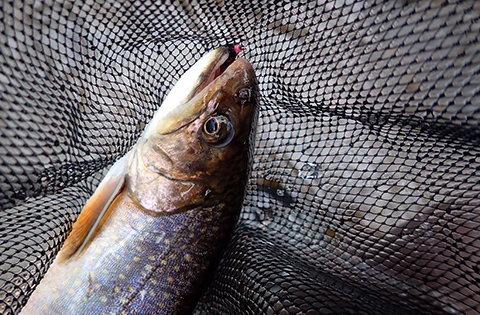 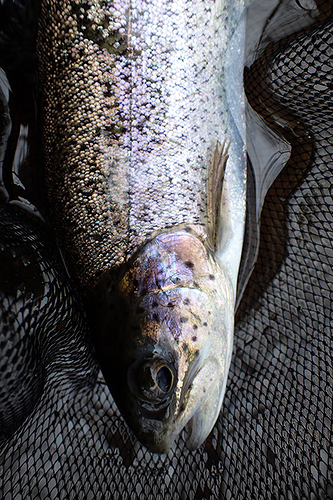 The fish more or less fell in that order. The brown must have eaten a few other browns in the cement pool as it was twice as wide as a normal fish…hahahahahaha.

What was interesting about this outing and other outings over the weekend was that I had much luck with other some manipulations that were previously just academic to me.

The above rainbow fell to the triple surface kiss then the drop. I spied a couple fish in a pool that would not respond to anything. Then I tried the pseudo hatch and that seemed to get them riled up. The fly was barely in the water 2 seconds and two nice rainbows were wrestling over it. The ticket this weekend was the gravedigger…killer kebari, and the creature. 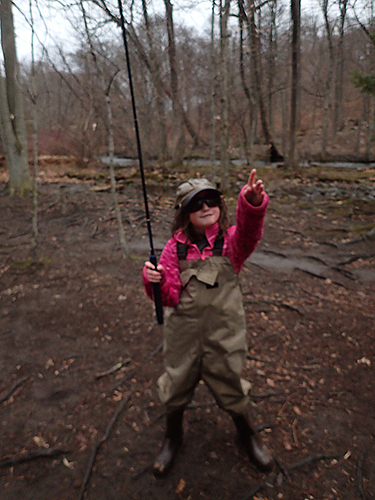 This past Xmas…my 8 year old daughter surprised me by asking for a pair of water pants for fishing. I picked up some inexpensive waders that were on sale for $19 at cabelas and also bought her a tenkara rod. We fished twice this past weekend. I am so proud of her. She took direction better than some of my grown up fishing friends…and had some nice casts landing. She even had about a dozen takes, but she did not convert any of them…yet was not frustrated but motivated. She might have the bug.

I hooked one brookie for her to land. 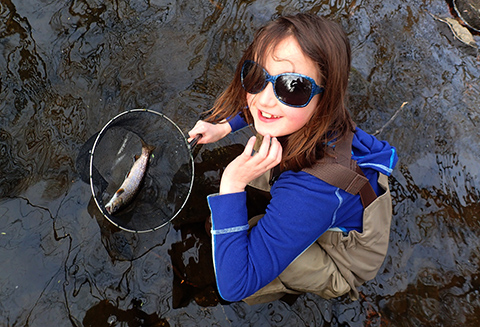 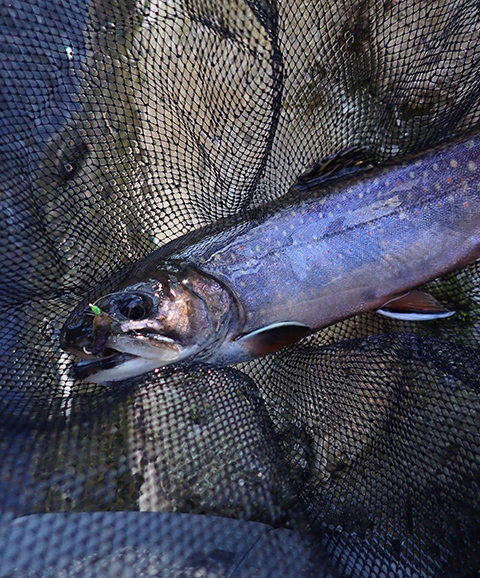 We had a great time.

This weekend I started experimenting more with manipulation and swinging flies. Some of the benefit of the tma is that these fish are not very shy, so I have the ability to try a lot of different things on them. I am gaining some confidence in some techniques I have tried without results. Pretty cool to get some new tricks.

Awesome! I need your daughter to convince my daughter to do the same…let’s put that on the calendar!

Awesome! I need your daughter to convince my daughter to do the same…let’s put that on the calendar!

Sure thing. I wasnt sure what to expect. We have fished before but usually the window and attention span was not as great. These were 3 hour sessions…of just fishing. I think some of the success was with her age and her waders. She was really interested in the concept of waders and walking into the river. The ability to clear the bushes and trees at the waters edge was an advantage for a young caster. Also there is something magical about experiencing the river from within it. I think that she was captivated by that.

My daughter was quite the trooper. The first outing it was raining. I asked if she wanted to leave…she asked why? Hahahhahaha…Excellent!!! I thought… I love it when my diabolical plan comes together. That poor kid is ruined forever.