Earlier today I got a tweet about the Triangle Bug as a fly for panfish at Panfish On The Fly. That made me think of a lot of the people here who use their tenkara, keiryu, or seiryu rods to go after these great fish. The Triangle Bug — Panfish On The Fly

I have been tying and fishing this pattern for so long I have forgotten it's origins.  I don't believe it is an original of mine and I have no recollection of where I may have seen it for the first time.

Then I remembered the Bully Bluegill Spider tied by Tim Flagler of Tightlines Productions who produces a lot of tying videos for Orvis, MidCurrent and others. It worked awesome for me last summer on panfish and smallmouth bass.

Bart Lombardo (author of Panfish on the Fly) is a great guy. Shared some time with him at the 2013 Tenkara Summit in Virginia. The man knows fly fishing.

He actually wrote about his tactics pursuing Crappie in the Spring 2016 issue of Tenkara Angler, which will probably be timely for many once the thaw comes. 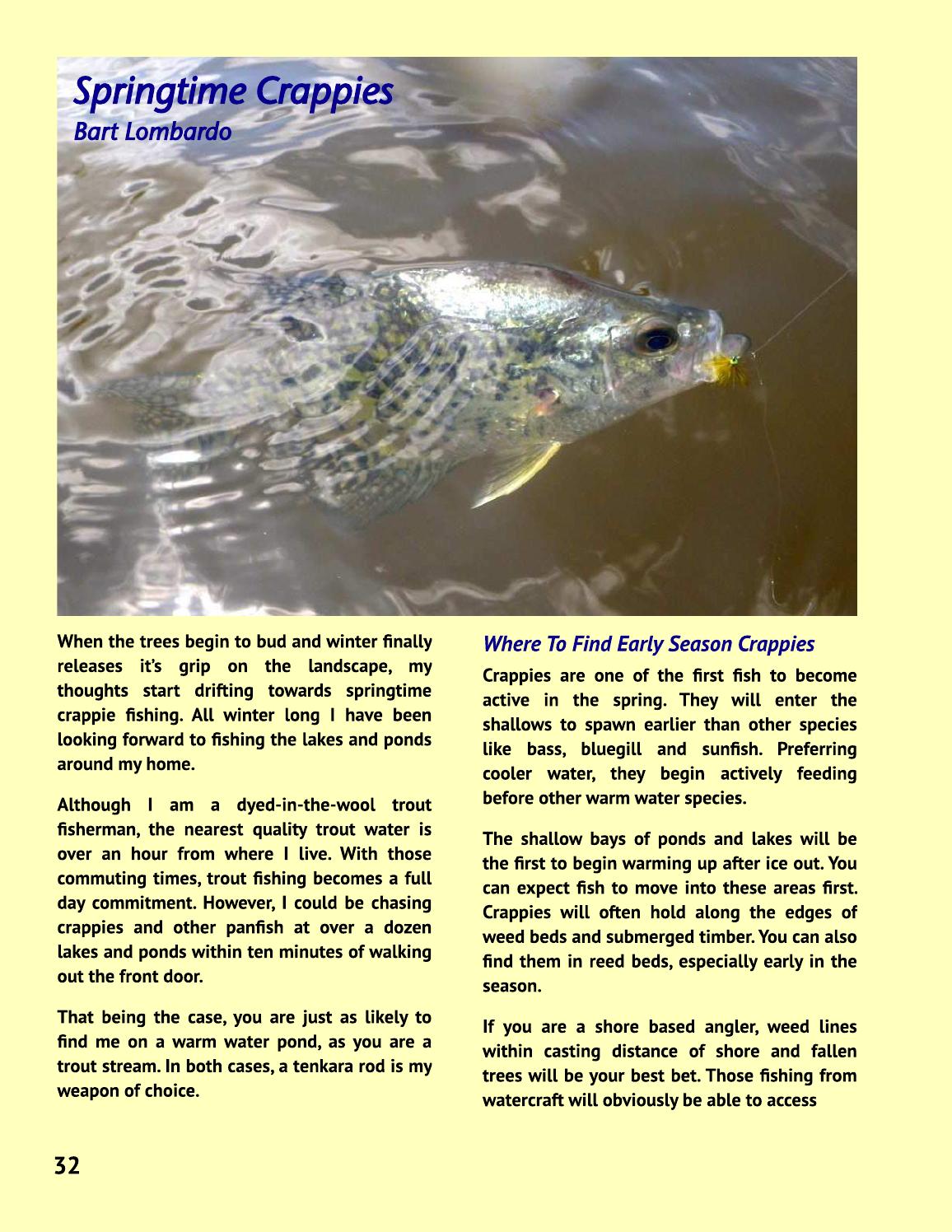 Featuring over 110 pages of content, the Spring 2016 issue of Tenkara Angler Magazine focuses on all of the new angling opportunities that the warming weather and change of seasons provides. Contributors include Adam Klagsbrun, Isaac Tait, Steven...

Personally, my favorite panfish fly is the Mini Hopper (popularized by Ben Smith AZ Wanderings).
Simple to tie, it’s lightweight, perfect for tenkara, and a blast to use for topwater 'gills.
If it’s dusk in the Summertime and I’m near a pond, you’ll find a Mini Hopper tied to my line.

If I remember correctly, I believe that @itsjaywhatsup said the AZ Wanderings hopper is one of his go to flies over on the T-F forum not too long ago. It seems like a great fly that will float forever.

Thanks for the link to the article too, somehow I missed that when I read that specific issue. This past August, the water temps were just too hot for trout and the only thing I could catch in the 90F (32C) plus degree weather were panfish and small mouth bass.

These all look awesome, thanks for sharing

The mini-hopper will get trout (big ones too) to move late spring and all summer long. I’ve caught plenty of bluegill and bass on it as well though.

Both videos are amazing. Easy fast ties that catch fish. What more could you ask for?

Hello everyone. My name is Bart and I am the author of the blog post mentioned at the beginning. That little triangular shaped bug is probably my number one warm water, top water fly for tenkara applications. It is a very light pattern compared to traditional popping bugs often used for panfish. It will cast very well on a tenkara rod. Day in and day, out my favorite panfish flies are karbari and traditional soft hackles. You can’t beat them!

Recently, I am hearing a lot a talk about this type of fishing not being considered tenkara. The mindset being unless the method is being used in small mountain streams for diminutive trout it is not tenkara. What is everyone’s thoughts on this?

Regardless what you call it, I can’t think of a better way to pursue these scrappy little fish!

Hi Bart. Welcome and I’m really glad that you joined us and hope to see you around. I’m going to likely tie some of those for late summer when it is just too hot and the water levels are too low to fish for trout. Much of my youth was spent fishing for different types of panfish and for their size they put up an awesome fight.

This has been a discussion in a variety of different settings (another forum, FB, and elsewhere) and has gotten quite heated. I think it is a great question to ask. For me at least, part of the name of this forum/website is because I think that everyone can define it for themselves. Yes, there is the way that tenkara started out in the mountain villages in Japan, but I believe that definitions change over time. They are not constant and fixed. Just look at western style fly fishing and how it has changed over several hundred years - yet it is still called fly fishing.

I don’t honestly know if 250 years ago they would have called chucking a 6" (15cm) fly with a 12’ (3.65m) broom stick (a.k.a 12wt rod) to giant trevally on the flats in Seychelles to be fly fishing. That certainly isn’t a chalk stream brown from rural England. Yet, today it is definitely considered fly fishing. I think (personally) if someone wants to call chucking poppers to panfish with a tenkara rod as tenkara, that’s fine by me. If someone only considers tenkara to be chucking simple flies to native trout in high gradient mountain streams, that’s fine by me too.

Welcome to the forum Bart! @PanfishOnTheFly
Great to see another familiar face!

Since the article on crappie was mentioned, here is the pattern I developed for them. Bright and gaudy, but crappie love it. 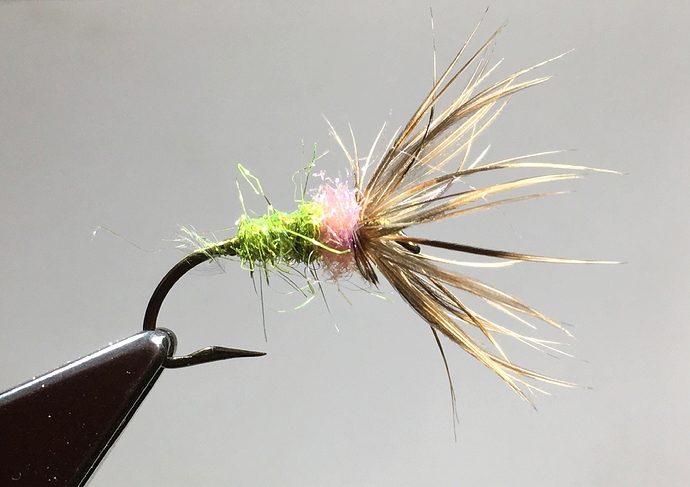 Awesome fly Bart!!! Thank you for sharing and joining the site. :- )

Great kebari!
Where I live is so far from the streams which trouts live.
So I also like to angle panfish or other warm water fishes by Tenkara tackle.

very nice and I can see this being used for trout too.