No I’m not selling this brand new , never used rod. Adam Rieger, who has just joined this forum is, and asked me if I could help him post it.

Adam is still in the waiting period before he can post to the forum threads. I only know Adam from a few interactions we had on the TUSA forum and I recall seeing his post on the Appalachian Tenkara Anglers Facebook page, (though I don’t do FB, I do look at a few of them once in a while) As far as I know, a good guy, whose is active in some facets of the online tenkara community, so not a one and done guy.

Till Adam (user id arieder ) is cleared to post to the forum - I guess you can just post a reply here about your interest in buying his rod. When he sees your interest then he can private message you.

The group suggested he try to sell it here. Maybe he’ll have better luck than on the FB marketplace.

All users (including new ones) can post, they just cannot start new topics (such as this) until they’ve spent a certain amount of time on the forum and replied a certain number of times. Now that the thread had started, @arieger can reply to it.

Thank you all for letting me post here. The rod is brand new still in its original packaging. I offer it for $150 free shipping in the continental US. If you are interested let me know. As many of you know the Royal Stage Tenkara rods are advertised at 6:4 but they are full flex rods. Standard new pricing is $180 zone then you would need to add on shipping and potentially tax.

Welcome and we just hope you find enough interesting around here to stick around with us. Everyone’s welcome.

The horse hair thread sucked me in already…I did a day while in Japan with a wazao craftsman making a simple bamboo rod and I have been working on some horse hair lines with Chris Stewart’s help to fit the rod…when granted the privilege I will happily post some of my findings…season opens Sunday in New York so I’ll be testing it all very soon!

Haha, it’s not exactly being “granted privilege”, rather it’s set in the forum software to encourage people to participate and gain the trust of others. We’ve all been through it (or are going through it). The limits are relatively minimal; besides, you only have to spend a couple of hours here and read a certain number of posts and reply a certain number of times before your privileges increase. Apologies, I forget the exact details, but I’ve posted them in a few other threads previously.

The primary limitations are creating new threads and how many images or links you can post at a time.

Cool, looks like all that was needed in the early going was for someone else to start the topic.
Why not upload a picture of the rod here, and tell us why you are selling a new never used rod?

Would I be wrong in making a guess that more people named Adam, have gone to Japan to learn about tenkara, than any other first name? Oddly a few days ago I found a website listing Japanese words that have become commonly used in English. It was an older post, with most words on the list coming from Karaoke. It stuck me that maybe tenkara has added more words to English than karaoke, though maybe only within a smaller population.

Anyway, Adam R, welcome to 10colorstenkara, hope you soon find someone interested in the 320 rod. I have one of the Royal Stage rods myself, and like it. But I’m more of a 4m rod guy. Otherwise I’d be interested. 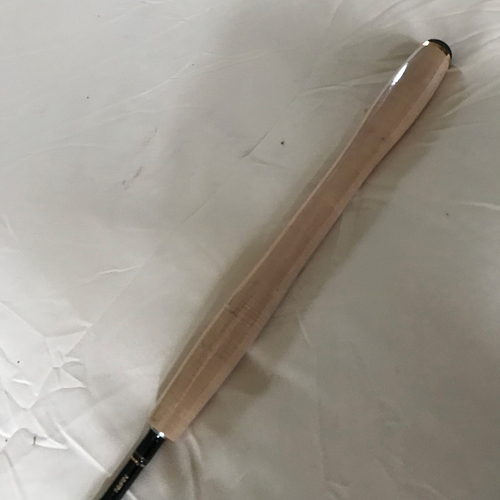 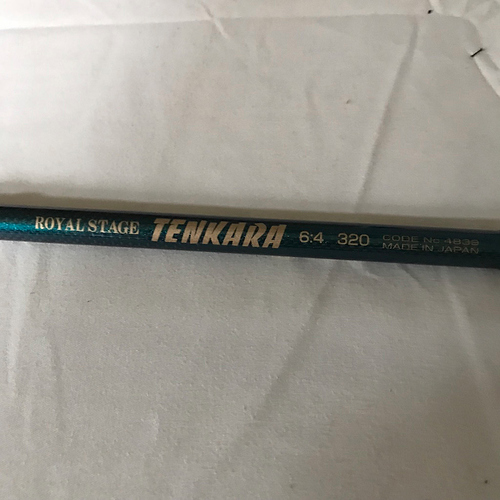 Thank you @dwalker. It is funny that there a bunch of Adams into Tenkara. I was introduced to Tenkara by Adam Klagsbrun when we worked together so maybe that is even stranger!

The story of the rod is this…I bought it during the winter while I was in search of a shorter length rod for my local small tight streams that was a much fuller flex rod. Why full flex? Well the fish in my local waters are small and I wanted something more suited to them. I also like a handle…so this rod seemed to fit the bill. Then Badger did a pre-sell on another rod…I jumped in on that…then in Japan I bought a rod…basically I went into a “buying” spree. I later decided - and I commented as much on another topic in here…that I need to give up the “collecting” of rods and focus in on technique and developing my skills and not buying the new toy. So I designated 3 rods to sell…Tenkara Times Watershed 330, Daiwa Sagiri 39 and this Nissin. The other two were used and sold fast. This one that is brand new remains…and here we are…

I recall seeing something, somewhere, about a pre-order for a new Badger rod, but don’t recall it’s name or any specs about it.
I have a TT Watershed 400 that I like a lot and fish with often.

This rod has now SOLD. THANK YOU.

Someone ended up with a great deal!