I have a weakness when it comes to brook trout, especially if their is any hint that they may be wild.

So, when a friend asked if I would join him targeting them in the catskills, I blacked out and went into some sort of programed mode and immediately started packing my kit for the trip. When I woke up, I was stream side. 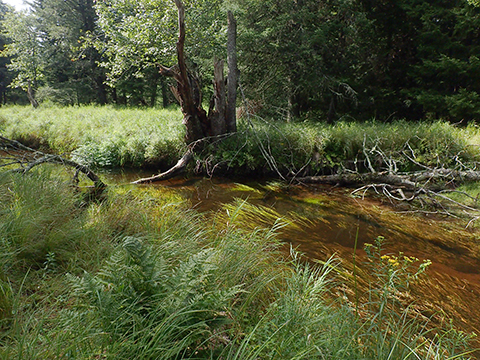 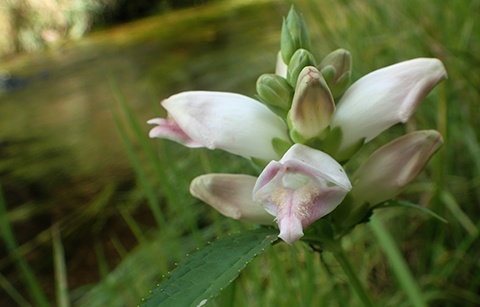 I have fished wilds before, and these buggers were no different…a challenge to keep on the hook. I would say 50% of my fish were early release. I suspect fishing barbed hooks would help a lot, but some of the trout I landed were the length of my pinky and enhaled the whole fly. The damage a barb would do to these mini-beasts is just not worth the ego enhancement. 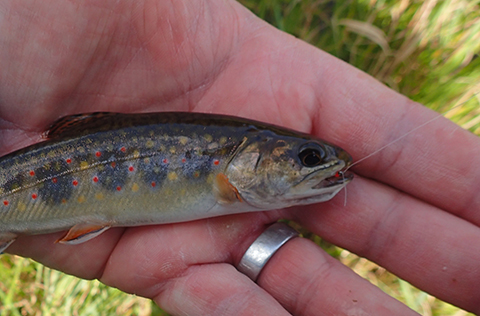 There were a lot of beautiful trees bridging the river. Each one both a home and living sculture for the trout and other river critters. 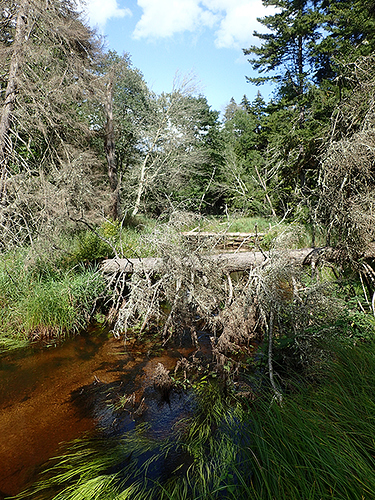 It was definitely a many day. The trout and the creek chubs kept us busy.
This was my most handsome fish of the day, 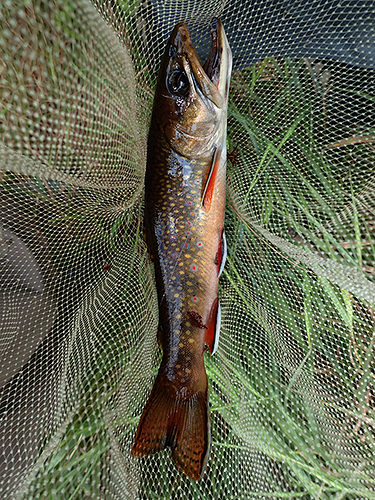 What was sort of striking about the outing was the relationship between the brookies and the chubs. Often first cast would result in a very aggressive hit from a brookie. Sometime the trout would catapult and pinwheel in the air on strike. It was as if they were trying to beat the equally aggressive chubs. After that initial incident, the trout would shut down and as I would sneak up, I could see numerous trout in the pool. Agitated, spooked, but not leaving the pool. Sometimes lingering, I could pick up another trout or two, but mostly it seemed that it was our cue to move on.

On reflection…one other thing that I didn’t appreciate before was the value of the tamo for fish of this size.

I carry a Handy Pak Net …its a traditional net that folds. Overkill for these small specimens…more suited to a tamo.

The other thing was the rods we were using were too much for these tiny fish. A couple of the smallest were accidentally given a troutbuchet treatment into the brush. Poor little guys. One I had to rescue from the bushes. We ended our session fishing some faster water with plung pools. There seemed to be more tiny trout there. I a micro rod would have been better suited to the task. I would imagine it would keep them in the water to land. As soon as you lifted them out, the hummingbird frequency of head shakes would buy them their freedom.

Not sure if I will buy some new stuff, but I could see how both a tamo and a lighter rod would be better tools for this kind of fishing.

The issue of launching dinky brookies through the air on hook set is one I have not yet solved. Where I fish, there are enough 6" - 8" fish, with the occasional 10-12" that using a micro rod isn’t optimal. But even when I use large flies, the tiniest of brookies still succeed fairly often in getting hooked.

This may be a point to reconsider.
On this outing, I mostly did not use a net and for the bigger model I used Adam’s tamo.

As robust these fish are, it is generally better not to touch them or squeeze them if possible. It is better for their health. I am not going to get into details about it, but there is plenty of info out there if you google it. The couple that wiggled off on land, got the shake and bake treatment of grass, leaves, and dirt. Not good for their protective slime.

I am not a saint when it comes to proper handling, but I feel that an appropriate net is a positive thing…especially for wilds. With my other net, I usually have time to wet it down prior to landing, but in this instance, I did most of my fishing from a bank, and I could not grab the net fast enough to be useful. I fine webbed net like a tamo would be ideal for the size of the critters…and I could use it like a catchers mitt to bounce the critters into.

Yeah, I hear you. I do work hard to keep the fish wet, unhook them while they’re still in the water, and minimize contact.

Also, to my credit, I can count on one hand (maybe one finger) the number of times I’ve landed a fish “on land”…I just never do it so there’s no chance of dropping a fish onto dirt, grass, etc. (perhaps I deserve criticism for wading too frequently/exclusively, but if I had to fish from the bank I’d never get off a proper cast on the streams I fish most often).

But I’ll ponder this more thoroughly…my personal issue is that I have no desire to add another piece of gear to what I carry to the stream.

skipping the net and releasing in water is ideal, but it is not something I have mastered especially on those spastic micros.

I try to fish the bank as much as I can, and this water had a particularly high bank…higher than I am used to.

One other thing that I like about a net, is that it give me opportunity to really marvel at the patterning of these trout. They are masterpieces.