With an understanding of how different hackle types are fished in tenkara I sought out to see if there were any hybrid hackle kebari, unfortunately my limited Japanese meant I could only find these “jinglers”. Looking forward to trying them both dry / subsurface. 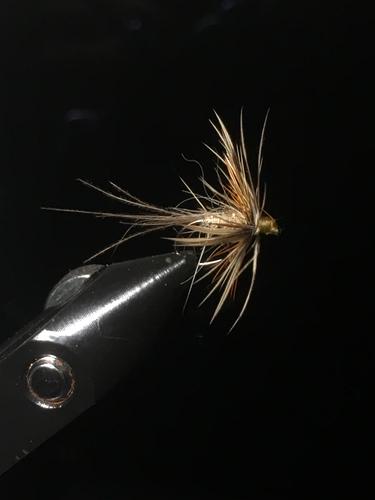 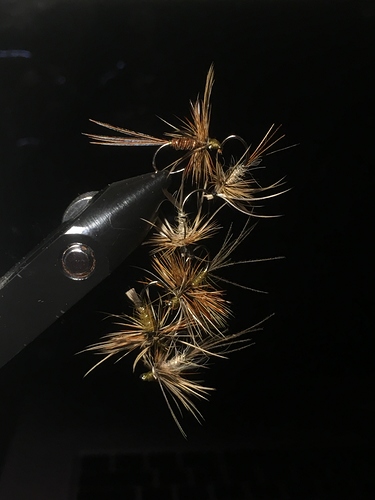 Does anyone have any examples of both soft and stiff hackled kebari?

Do you mean both feathers on the same fly/kebari? Or just different examples with different types of feathers?

There are tons of examples of them using one or the other. Have you seen Yoshikazu-san’s website? It’s an amazing resource (other resources can be found here ). You may also want to take a look at @todoroki34 - san’s blog Kebari and Fly, another place you can spend hours looking at. Many other people have examples too. @dwalker has given lots of search terms for kebari (amongst other things) in many different posts here.

Yes, both on the same fly. I’m curious as to whether it would anchor well in currents with the stiff hackle but also provide great movement for any manipulations.

Here’s one that I found on a Japanese blog a few years ago (though that blog hasn’t been updated in over a year) and use with great success.

It’s tied with ginger cock neck and either partridge or Brahma hen. This specific one is partridge. The body on the one I saw online was peacock herl. This one is Ice-dub in black peacock, but I’ve used both and with equal success. 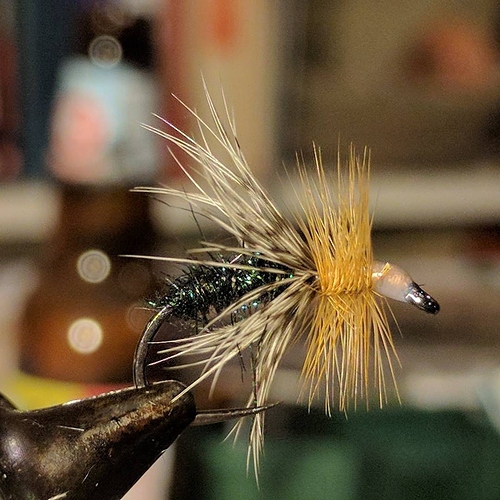 What about the properties of both soft and stiff in a single feather!?

Take a look into pheasant kenbane feathers (I think the scientific name is alula).

JP donated some to the wild Trout Trust auction one year, this is taken from the description:

kenbane feathers offer a unique combination of the two properties described above (soft and stuff) . The closer to the central stem of the feather - the more stiff the hackle barbs become. Conversely the kenbane is very soft at the tip of each hackle fibre. This gives the fly excellent mobility for sasoi techniques while retaining much of the fly’s profile in the turbulent currents.

I’ve not tried tying with a pheasant alula, but I have a (British) Jay alula (that is the bright blue one on the wing). The stem is indeed thick and stiff, but thick enough that with a craft knife one can split it in half. Wrap it in very tight when you tie it onto the hook and be patient!

. Here is a excerpt from a forum post Paul G put up elsewhere:

Kenbane feathers from pheasant - you will need both hands and a sturdy set of pliers to pull these feathers out of the wing before crushing and splitting the stem (they are really, really stiff and robust). A lot of effort but in some streams they have been deemed “too effective”!

A link to a video:

From my brief research to put this post together, people seem to make a lot of fuss about it needing to be the alula of a Japanese silver pheasant. I’m not (yet) persuaded that a british pheasant would not work, happy to be educated on that though as I don’t have a whole wing to hand!

Interesting thoughts. Personally, I think the kenbane behave differently than either stiff or soft hackles. If I understand correctly, it is becoming more difficult to get kiji feathers of any kind as more and more areas of Japan are making it illegal to kill them.

I’ve used them off of both hen and cock ring neck pheasant (I prefer hen, personally) with equal success. The first time I used them, my flies/kebari with stiff and soft hackles were not working and these worked brilliantly.

This is one of my personal attempts at tying with them from a couple of years ago. I haven’t tried since, but do have a new hen pheasant. Oddly, the wool yarn here looks orange, but it’s actually a pinkish flesh color. 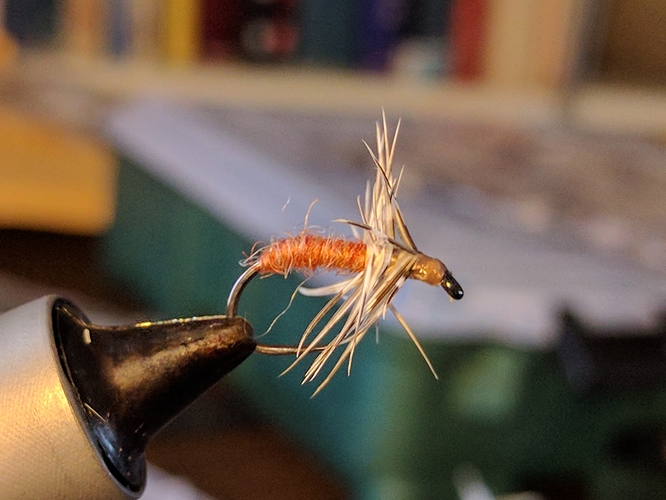 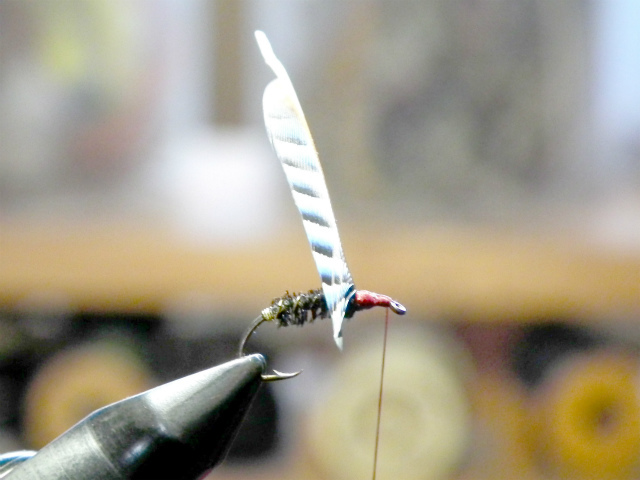 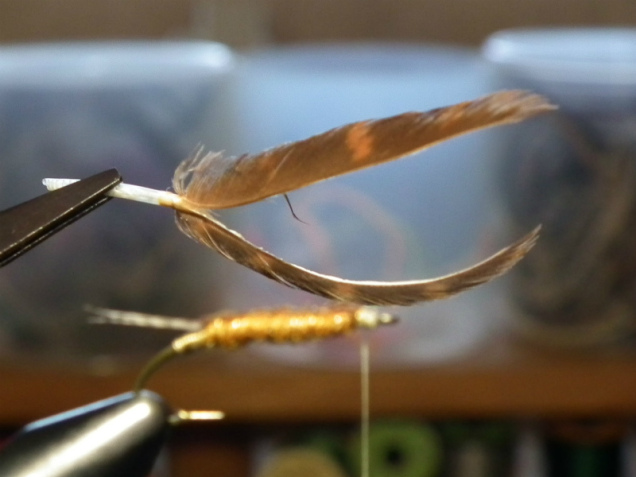 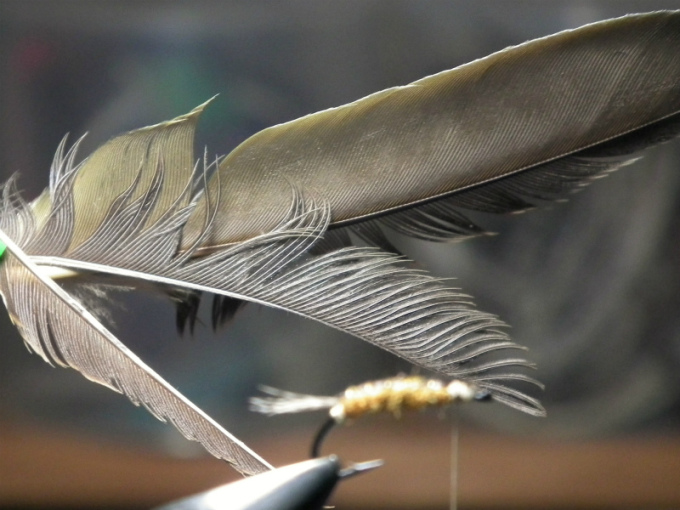 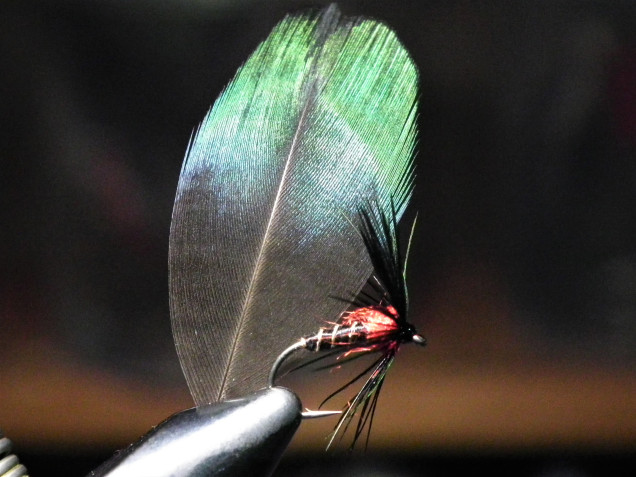 What is the feather in the bottom photo?

What is the feather in the bottom photo?

It is a Japanese pheasant breast feathers 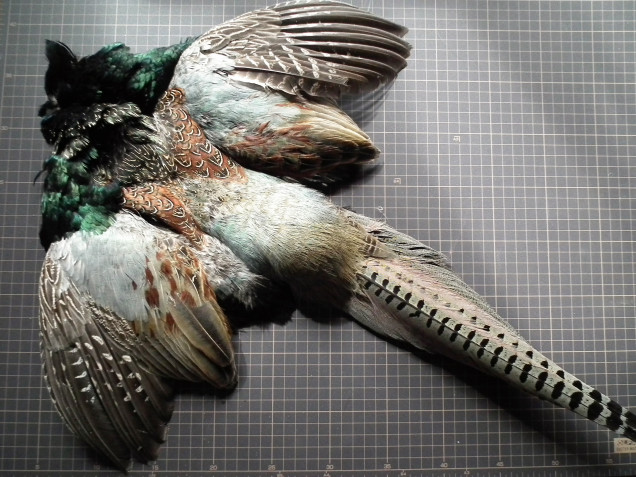 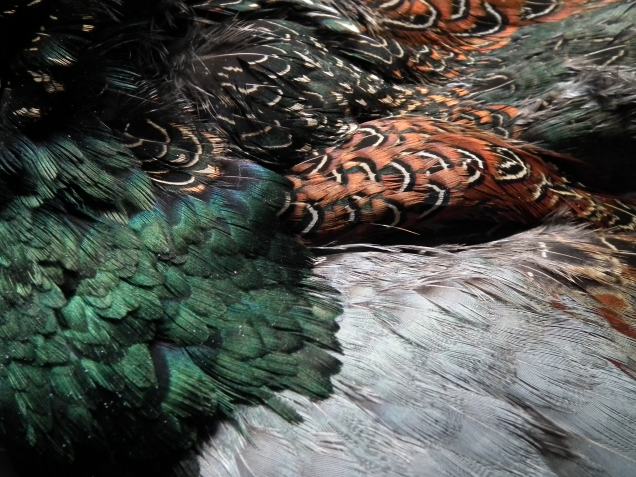 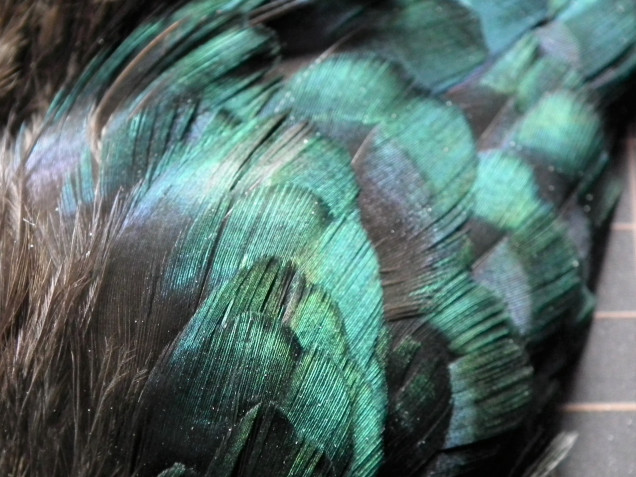 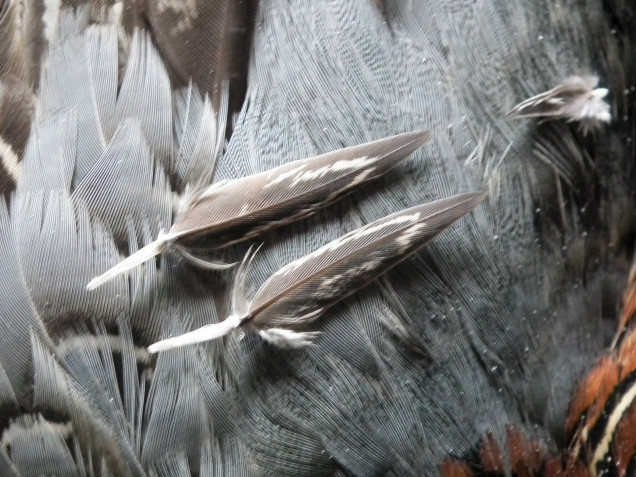 I have a magical hand