How small a hook do you use for Tenkara please?

I am new to the Tenkara style of fishing and last year was my first year. For all my previous fly fishing ‘life’ I have always fished either nymphs or North Country Spider flies., usually #14. I have rarely fished dry.

Last year I often tied and fished with small midge type patterns, after reading Ed Koch’s excellent book ‘Fishing the midge’ and ‘Midge Magic’ by Don Holbrook & Ed Koch ( NB - if you fish small flies these two books are a ‘must’ buy). I tied and fished flies down to #26.

In the UK from what I have read Tenkara anglers rarely seem to fish smaller than a #18, usually #12 or 14.

I wondered what size members on this excellent forum fish. Thank you.

In all of the years I’ve fished western style fly fishing, I can probably count on one hand the number of times that I’ve used dry flies. Like you, for me it’s almost always been spiders (and other wet flies) and nymphs too. I’ve never gotten into fishing with midges, personally. I’m not saying they don’t work, I just have a hard time seeing them to tie onto my tippet.

Size 14 is the smallest I have tied.

I have been thinking about tying some smaller sizes as during the winter a lot of forage seems tiny.

I am new to tying, so my skill for tying small is clumsy.

I have run into traditional fly fisherman who boast of great success with the midge. One guy I recall noting a 100 fish day in late winter/early spring. He noted, he did well on a #22 zebra midge. Out of curiousity I bought some, but felt like dealing with such small flies was not worth the frustration. I tried using them as a dropper and did not like the tandem setup.

For me, I think #18 might be as small as I would care to go. I rely a bit on seeing the fly in current, which even with a size 12 can be a lot of lost and found. I would imagine my preference may change with experience. A lot of this preference is related to success, I have had reasonable success with larger flies, and none at all with the midge size, even when they seem to be the primary forage.

I’m with you Stephen, I don’t like droppers either. Every few years I try them again and end up getting equally frustrated. I will say, last year, the one time I tried using it again I caught the small mouth below. I was using a #10 black sakasa kebari with a #12 streamer behind it. The bass hit the streamer like a ton of bricks. This was the same incident (which I shared a couple of times at T-F) in which I over reacted and broke three sections of my Suntech FM-X Keiryu 45 and which I still regret. 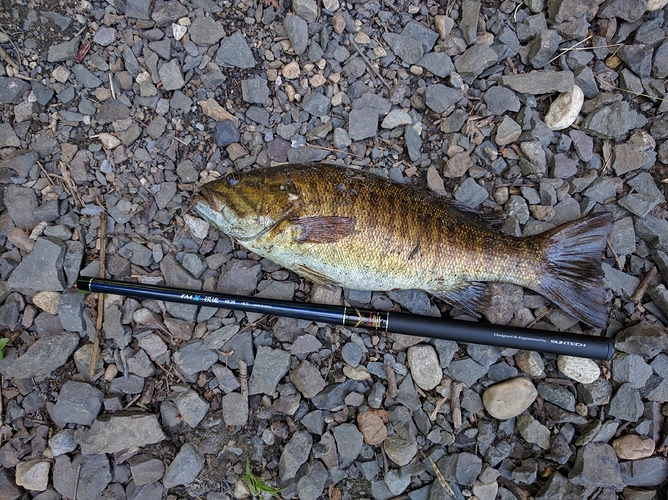 That smallie is a beast.

I guess fishing tandem flies is a thread on its own. Plenty to discuss there.

I wonder about the hydo dynamics of fishing a midge the way we fish an unweighed line in tenkara.

I would suspect that the tippet selection may become more critical in getting a natural presentation with a midge. With a solo midge… the surface area of the tippet starts becoming far more dominant than the surface area of the offering. I get the impression that most traditional midge fishing employs lead…but it is not based on any real knowlege of the techniques. The affect of the localized current on the lead controls the speed of the midge…but they share proximity. Same goes with a tandem fly presentation…where there is a larger fly paired with a smaller.

If on its own, I would imagine becuase of the tippet surface area, the tippet may move at a different rate than the midge…either dragging it or holding it back. Same goes with the weight of the main line and affect of the wind.

A larger fly acts like a hydrolic anchor for the mainline…a lighter fly becomes less of an anchor and your #3 level line is suddenly heavy as hell…pulling the fly against current. Theoretical …impressions. I am really speculating. The more I write the more you will realize I am making it up as I go…hahhahahaha.

I feel like a have a good drift when I can balance the size of the fly with the speed of the current…while maintaining some sense of contact. Pure joy…never mind if the fish like it. Even though we often ease off contact to see if fish will respond, I like to meditate on some balance of presentation depth, hydrolic anchor/mainline ratio, and water speed.

I would love to hear more about peoples real world experience on midge fishing, both in tenkara and using a traditional flyrod.

if I am fishing small flies with my Tenkara rod (12ft or 13ft)I always fish with a fluorocarbon tippet of 4ft length max, made up of 2ft of 3lb fluorocarbon and about 2ft of 2lb. The length will reduce depending upon the number of fly changes. My go-to size is 18 but may reduce to #24 or even #26 . However I am not convinced that I really need to go any smaller than #22 and intend to try that this year. The tying of the flies is not a problem as I always use a fly tying magnifying glass. The materials I use are very basic - thread and various dubbing and I use Ostritch herl fibres for the hackle. Obtaining barbless hooks in sizes24/26 is difficult. Up to now I have used Daiichi but they are all barbed , which have to be de-barbed (most clubs in UK have barbless only rules for coarse fish)

I fish them on the drift either upstream or down, usually down. Whenever possible casting to where I have seen the small fish I am targeting. I am fishing very slow moving rivers, which contain coarse fish ( bleak, dace Rudd roach) and because of the size/weight of the fly it tends to hang relatively near to the surface where the fish are. I did use a mono leader made of of the 3lb butt section greased with mucilin with the 2kb Tippet section degreased but had problems with the wind so tried the fluorocarbon set up and found it much better in the wind with no loss of fish/takes.

Hi Peder
Thanks for the reply. I know what you mean about struggling to thread the small sizes!

I guess fishing tandem flies is a thread on its own. Plenty to discuss there.

I would imagine becuase of the tippet surface area, the tippet may move at a different rate than the midge…either dragging it or holding it back.

Very true. It happens all the time. That’s why there’s mending in western fly fishing.

Very close to the right idea. We get better drifts when we first balance the fly with the line. The current does have an effect, but that comes into play later. This is exactly why dead drift is much more effective with tenkara than with western fly fishing. Other techniques are the other way around simply due to the physics of it all.

Beautiful colors. Wow, what a fish!!! I also do not like droppers or tandem. I spent most of my time
unwinding or fixing a tangled mess. I decided early on to stick with one fly. I know some people
that do fish this way with a great deal of success but I could never get the feel of it. For some strange reason it always made me feel like I was cheating. I’m not sure why, but I was always waiting for Mrs.Carter to
smack my knuckles with a wooden ruler. I guess it was the strict religious upbringing I had to endure as a child.

There is another way

山繭ダビング材・何はですか？
What is Mountain Material Dubbing? 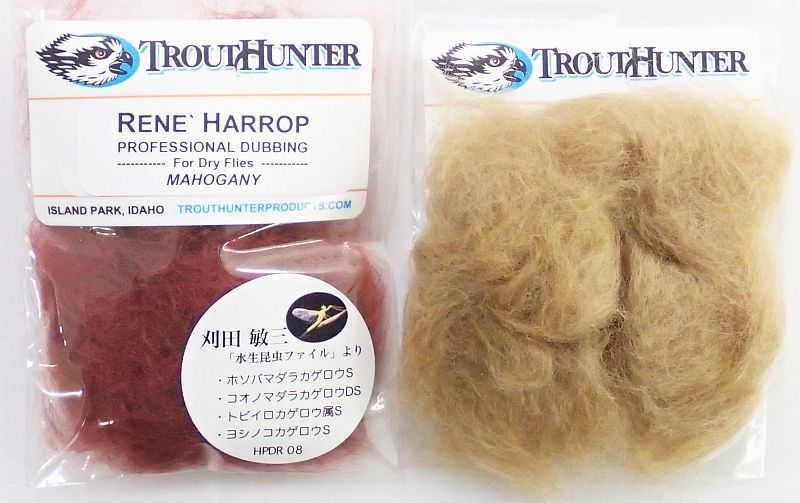 島崎氏, Mr. Shimazaki. [ 島崎憲司郎さん , Kenjiro Shimazaki-san ]
Is this the same person in your blog post? 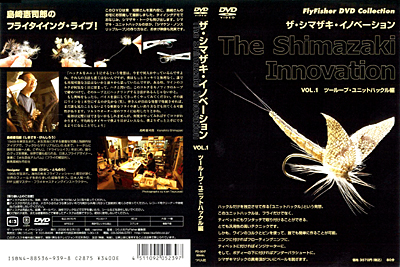 There is another way

That is a great idea, I will give it a try.

Antheraea yamamai, the Japanese silk moth or Japanese oak silkmoth (Japanese: yamamayu(ga) (山繭(蛾)・ヤママユ(ガ)) or tensan (天蚕)) is a moth of the family Saturniidae. It is endemic to east Asia, but has been imported to Europe for tussar silk production and is now found in southeastern Europe, mainly in Austria, northeastern Italy, and the Balkans. It seems to be spreading north and a population has been reported near Deggendorf and Passau in Germany. The species was first described by Félix Édouard

It is a traditional kebari dubbing material 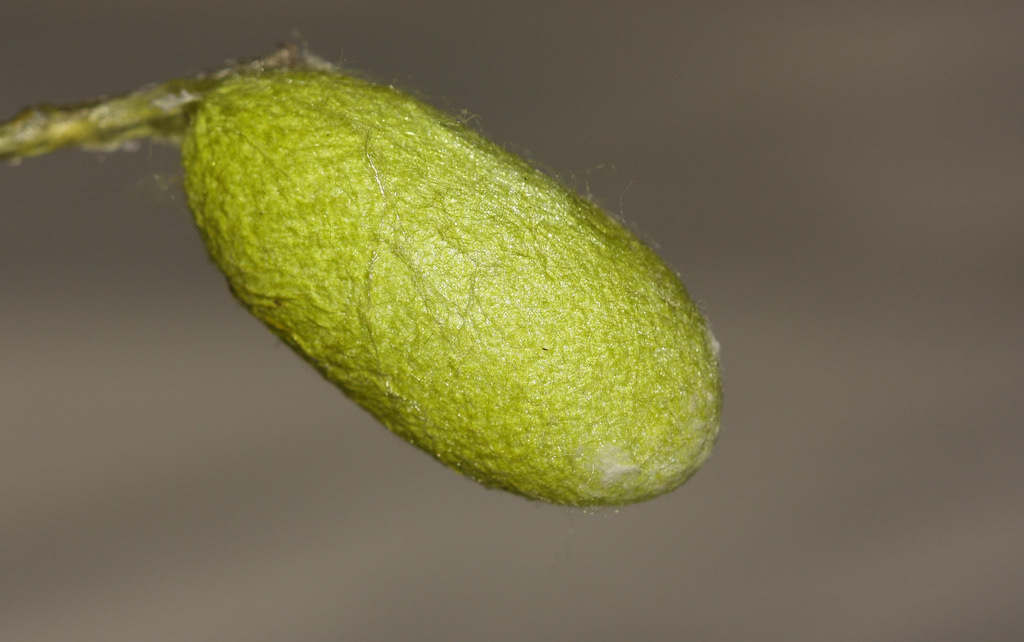 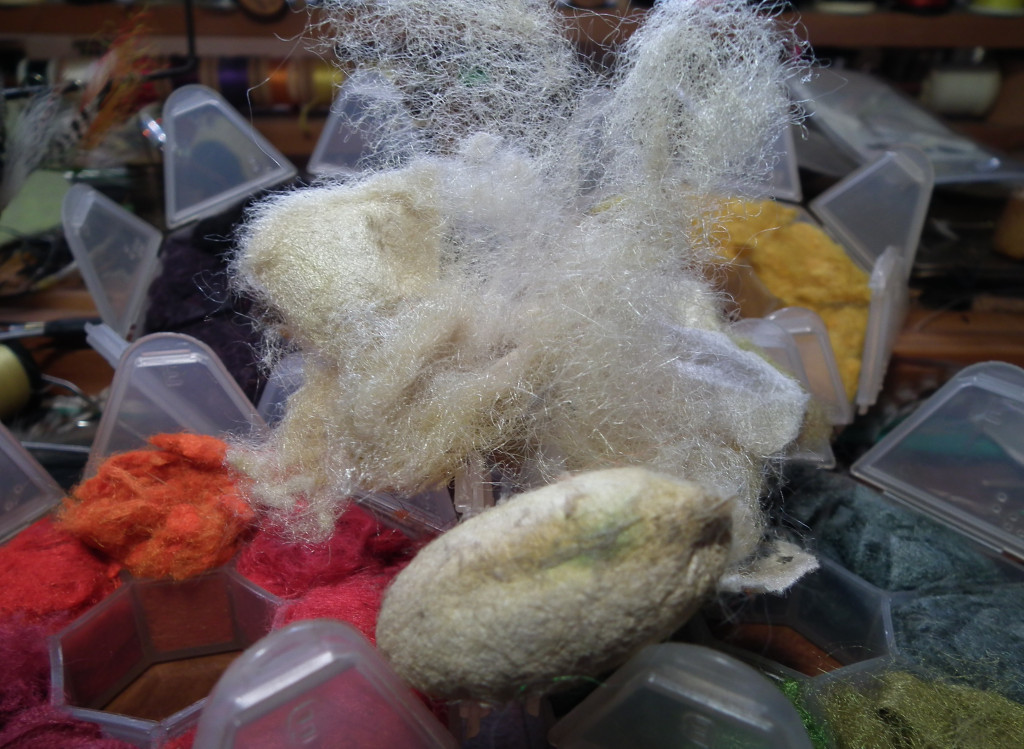 Thank you for your helpful replies. Interesting.
I must confess that I was not aware that very small hooks damage fish. Even at my advanced age you learn something everyday.

However in my defence for using very small hooks I am specifically targeting very small fish with them. Usually bleak of about 3" or 4", which are enjoyable to catch with a Tenkara rod.

I did notice @todoriki34 post in his blog, showing the adjustment to a hook as an answer to the problem of small hooks but, being a worrier, Iwould be concerned that the hook may be weakened.

I am aware that some fly tyers resolve the issue of poor hook ups, etc., of small hooks, by tying them ‘short’, which basically means use a larger hook, say an 18 but tie the fly as though it were a 20. Hopefully this link expresses it better - http://midcurrent.com/experts/how-to-hook-fish-on-tiny-flies/

Tying flies ‘short’ does appeal to me as solving the small hook problem l so I am going to start doing it and see how it goes, I will let you know in due course.

I have no experience targeting micros. I think that is a whole other ballgame.

Chris Stewart over at tenkarabum would be good to contact. 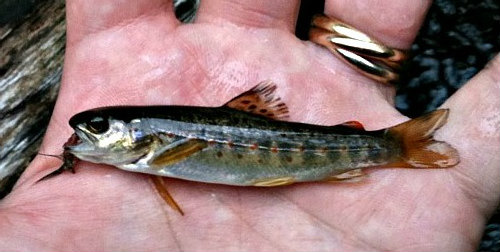 Micro Fishing is fishing for small to really small fish. There are hooks, rods and accessories specifically designed for small fish.

For dubbing material I use the hair from my cat’s brush. Works great and it the right color.

thought about the same thing me too

A slight out point is effective (same Bartleet hook point ): 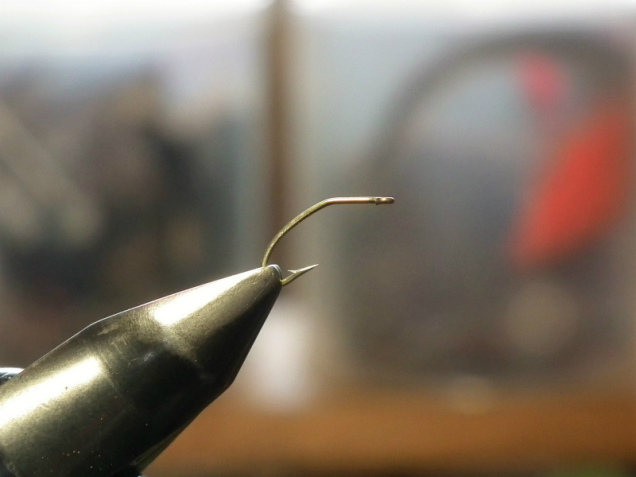 TMC200R&100 is a hook that withstands deformation

I’m sure you will be surprised

Manufacturers also explain in the catalog 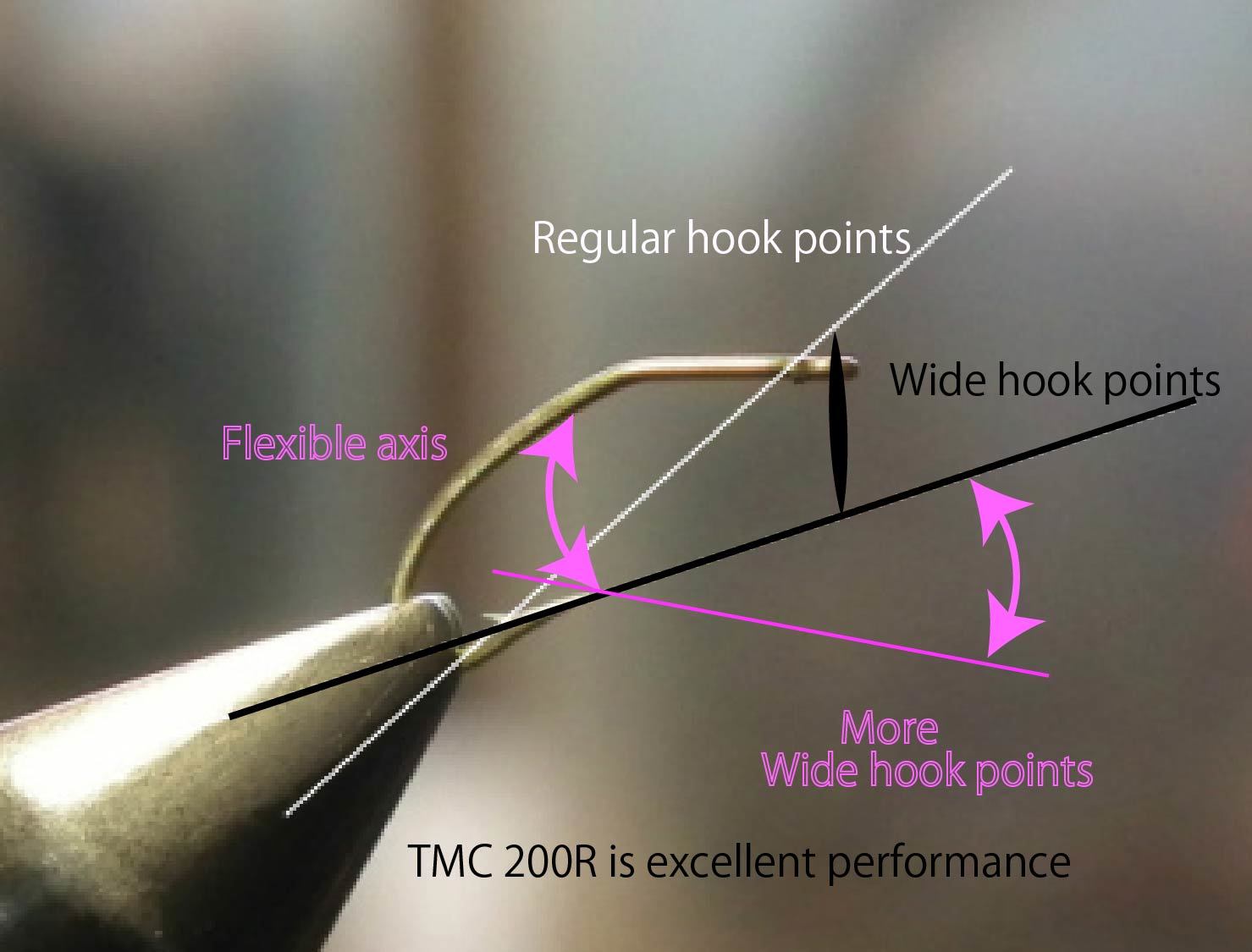