GSMNP w/ a buddy and both our sons

Was texting with Splatek ~Weds last week, and he asked for some refreshers/pointers on camping with a kid, I told him it is always far easier if there is more than one kid, so they can play.
Turned out, I was actually able to slip away so that my kid could be that “other kid” to help keep his boy occupied.

Originally we planned on Deep Creek, since I was able to reserve one of the group sites.
Wound up doing Smokemont because there was tons of availability when we showed up, plus it’s Smokemont.

Wyatt and I left at 3am on the dot, Sat morning. 5hr drive from Montgomery AL… Were all packed the night before, and had the car loaded as well, so just had to get up, get dressed and hit the road.

At a whopping 3:45 in the morning we stopped at Waffle House in Auburn: 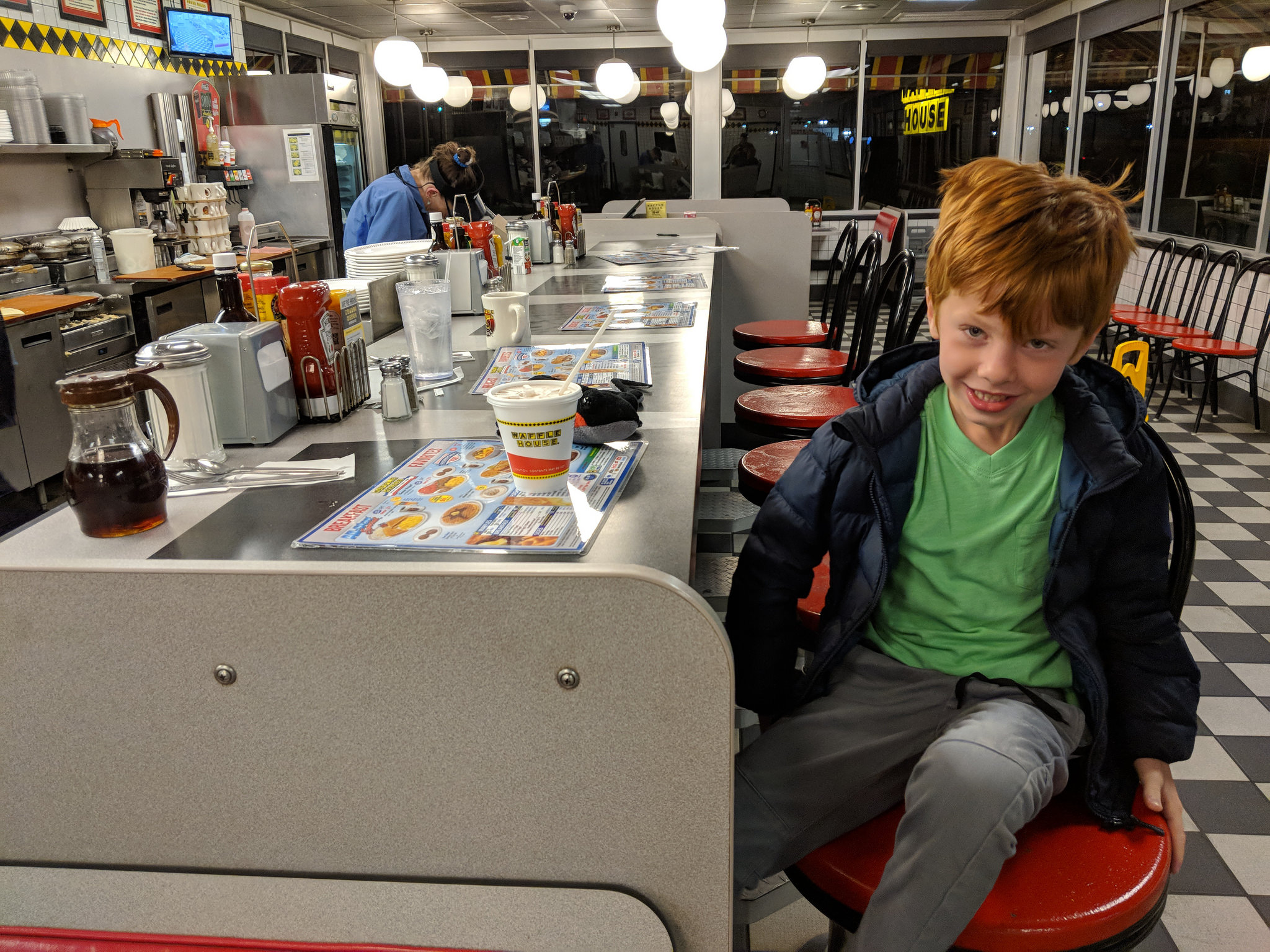 FULL HOUSE! Was a superb breakfast, the 2 staff members were incredibly friendly and sociable, best WH experience ever (and I love WH, this is no joke).

Next stop was gas next door… long drive ahead! 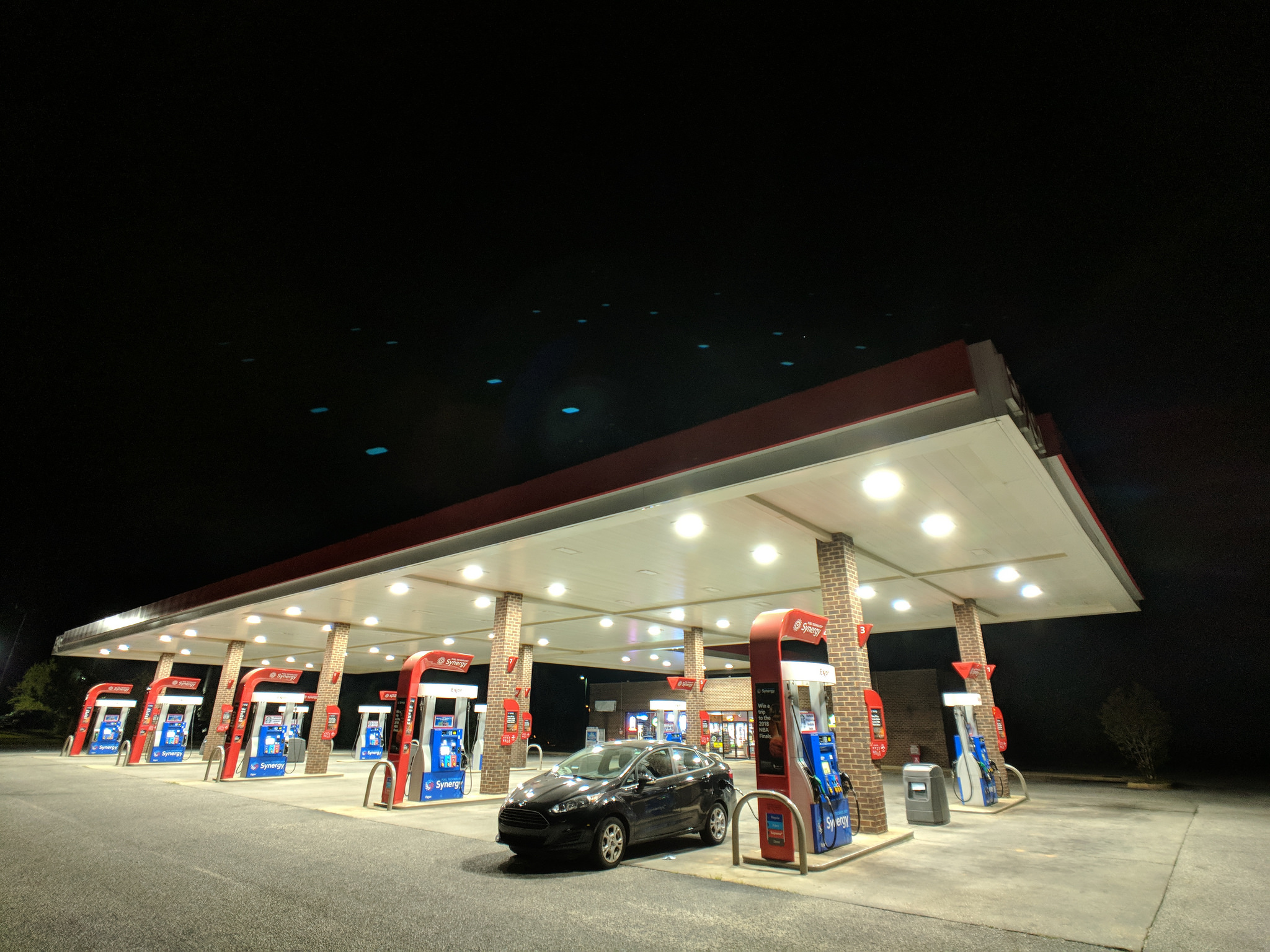 This was my view for the next ~2hrs… Ugh 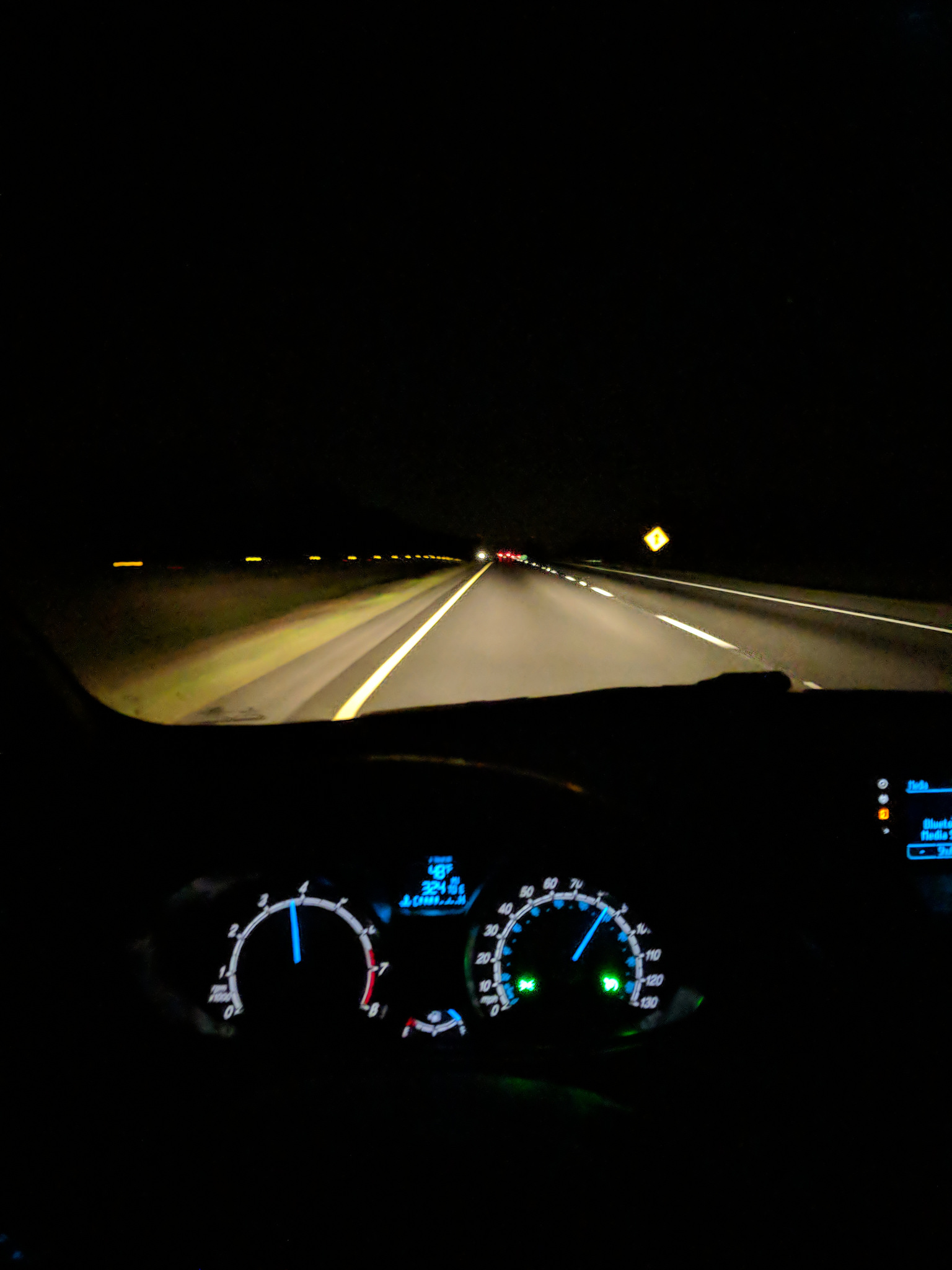 made it through ATL in record quickness 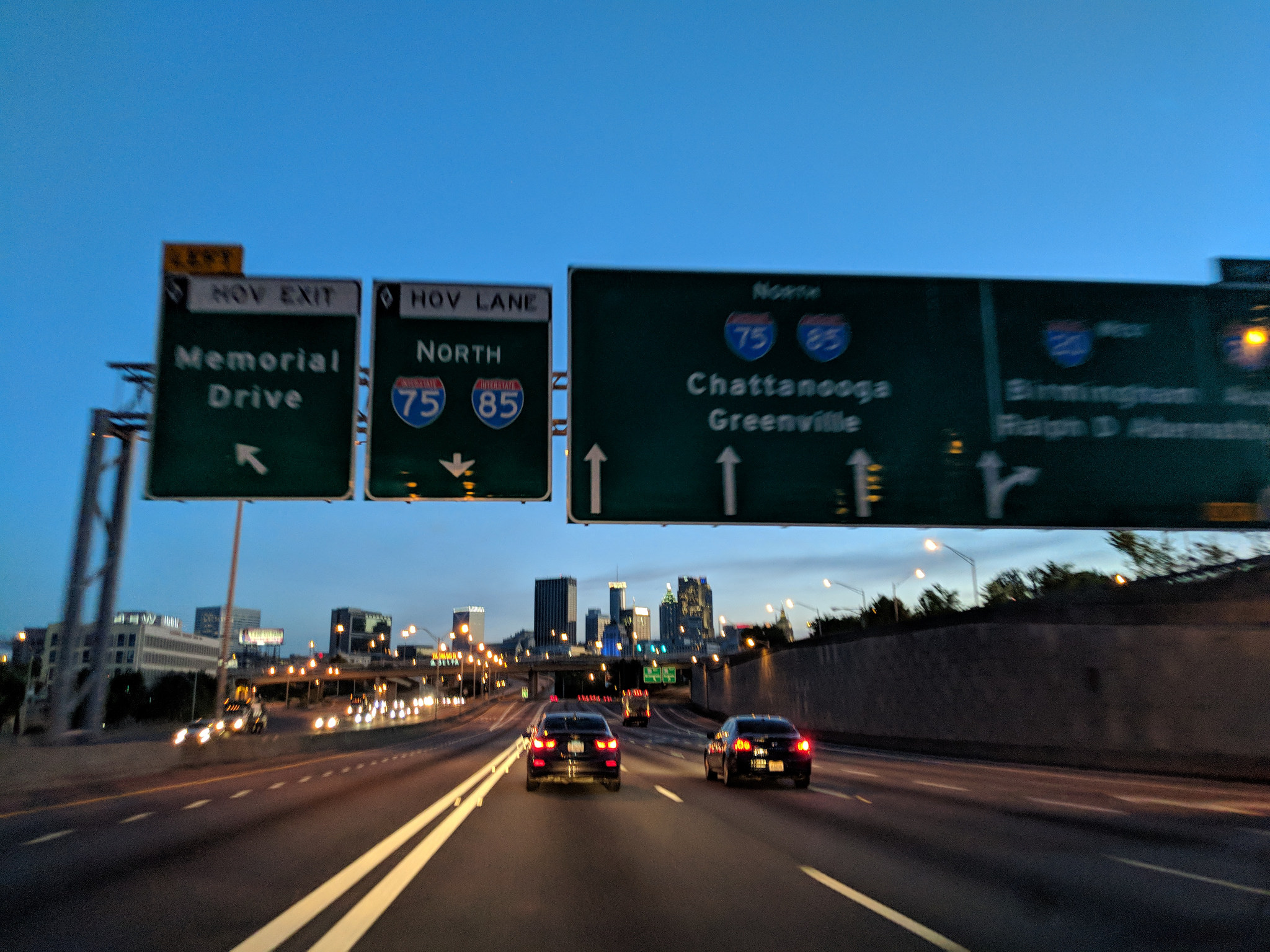 got to GSMNP, before getting things FULLY set up, had to hit the water if not for just a second lol 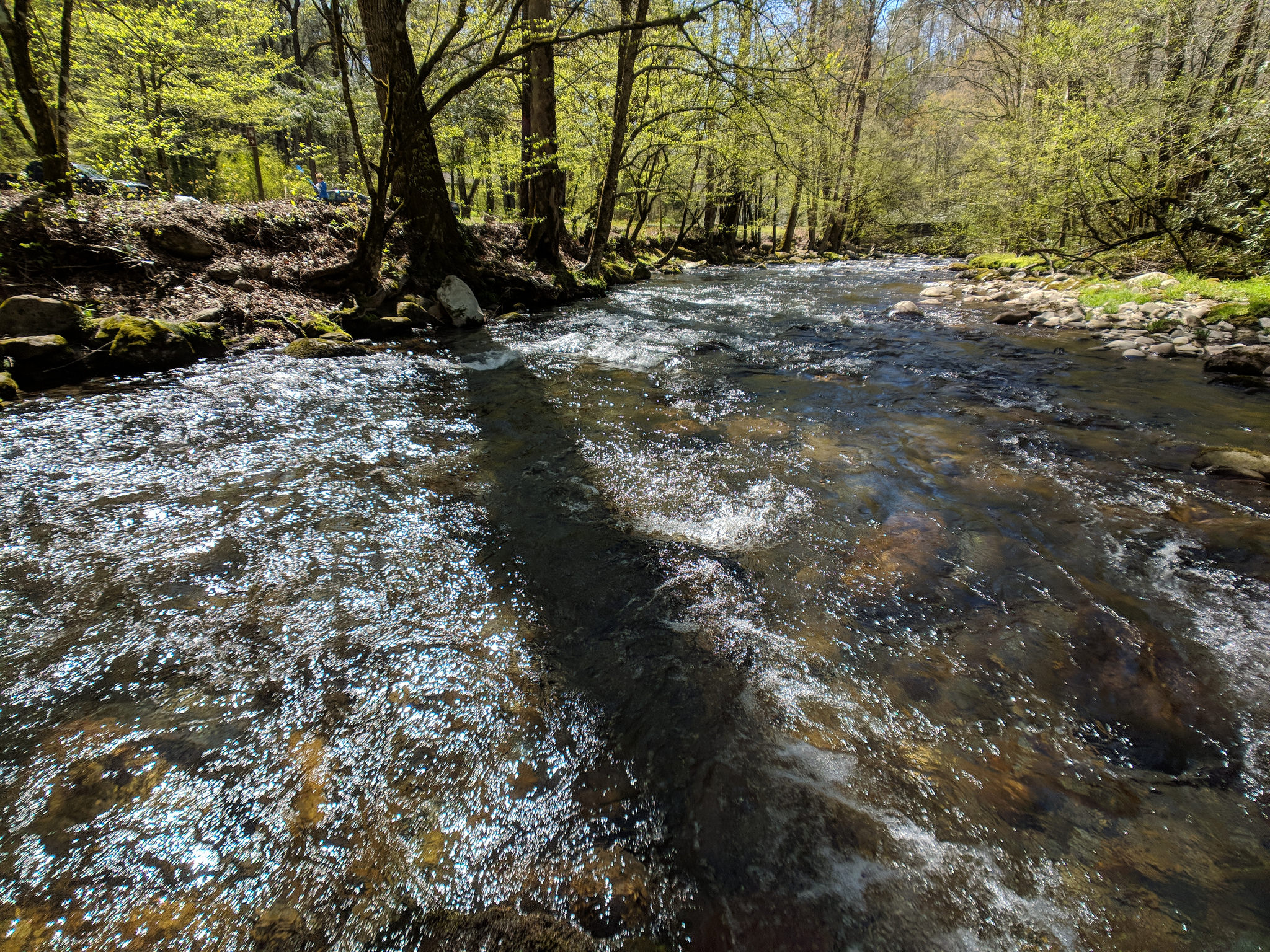 no bites yet, but it felt great to be back on trout water.

When we all got rigged up, the boys were first to get trout… Spencer netted 2(!) brown parr with Wyatt’s bug net near the shore. Here’s the first 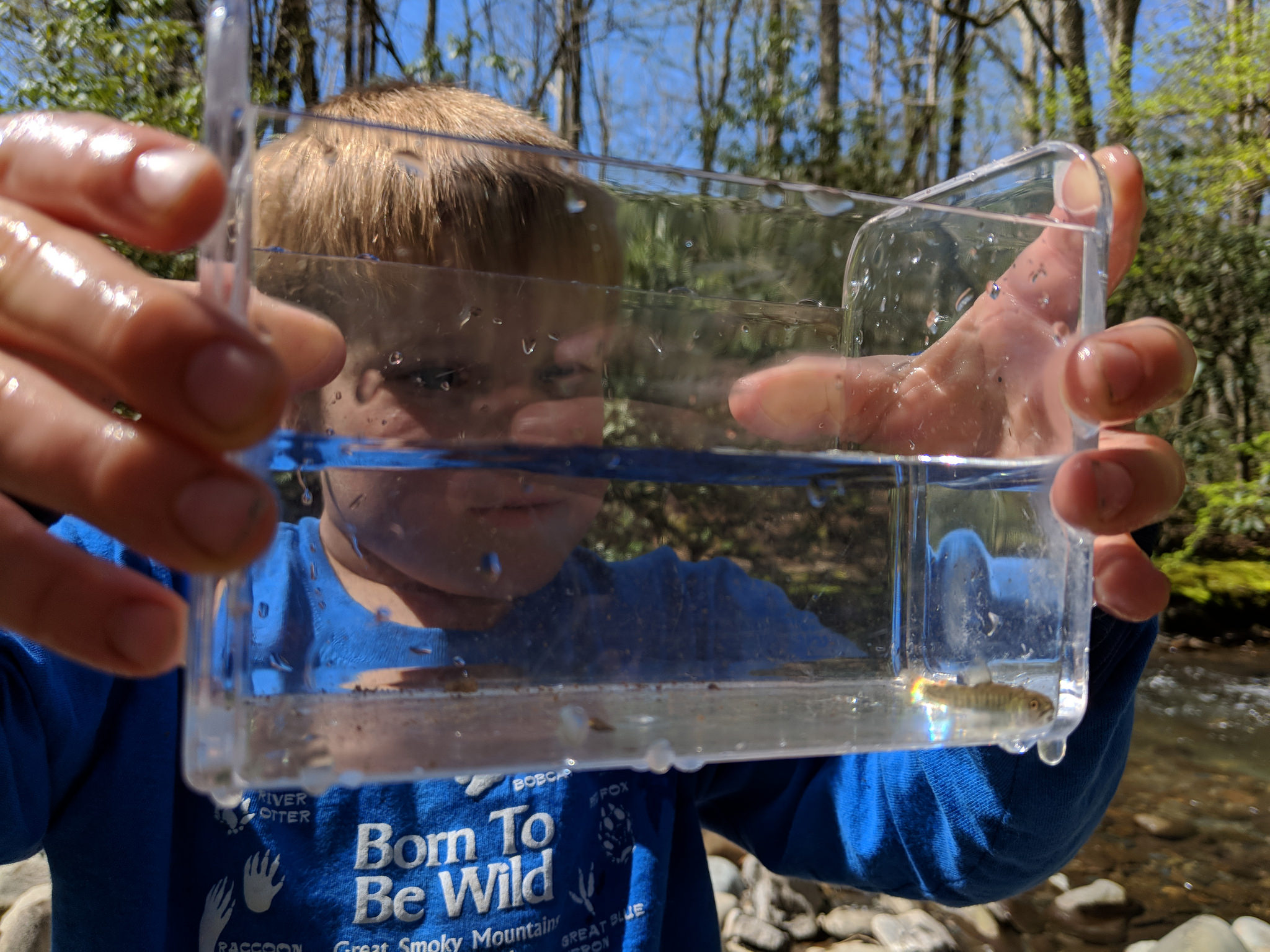 Wyatt being a goofball 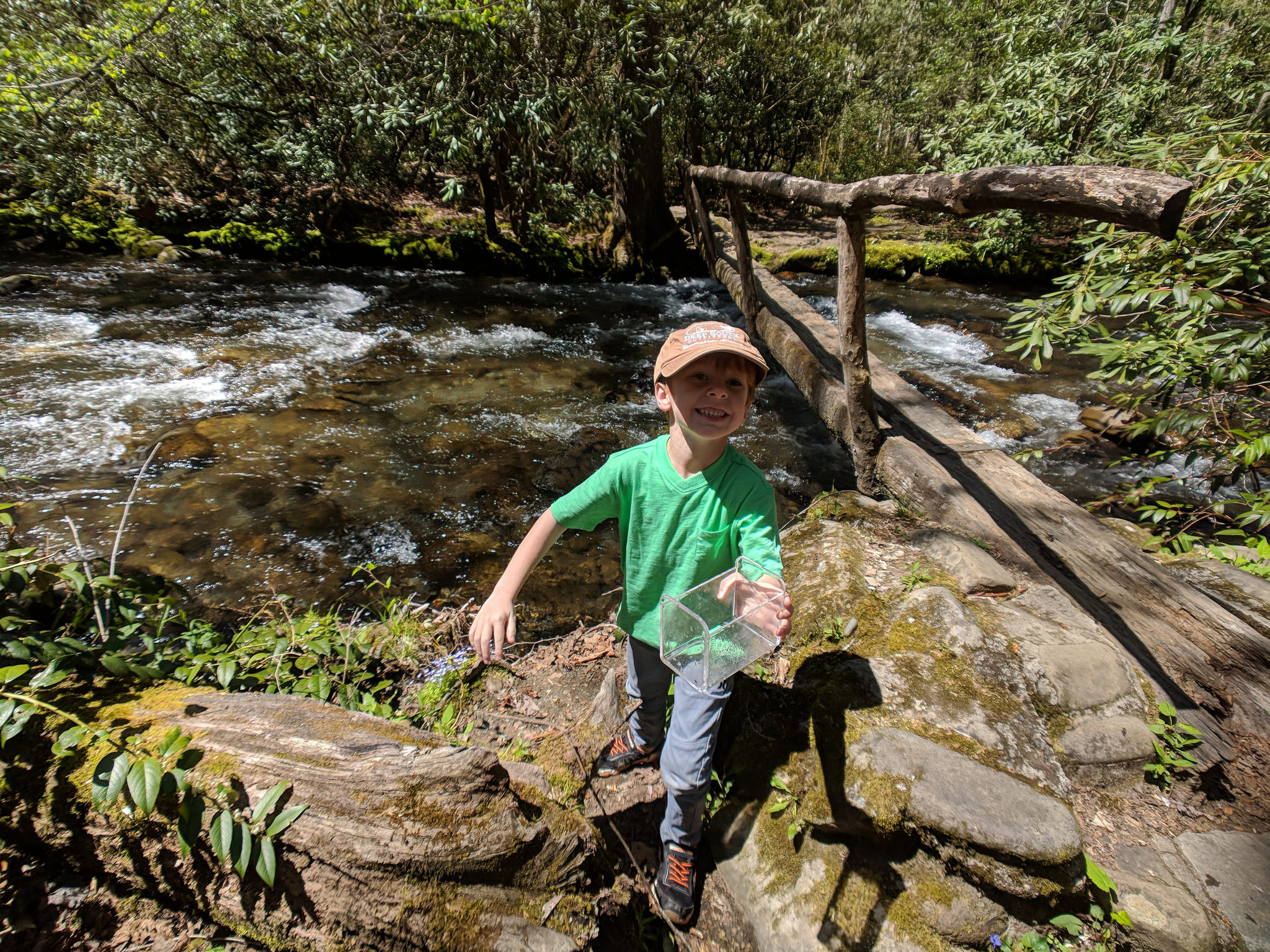 Splatek and Son releasing yet another, while I had yet to catch anything lol: 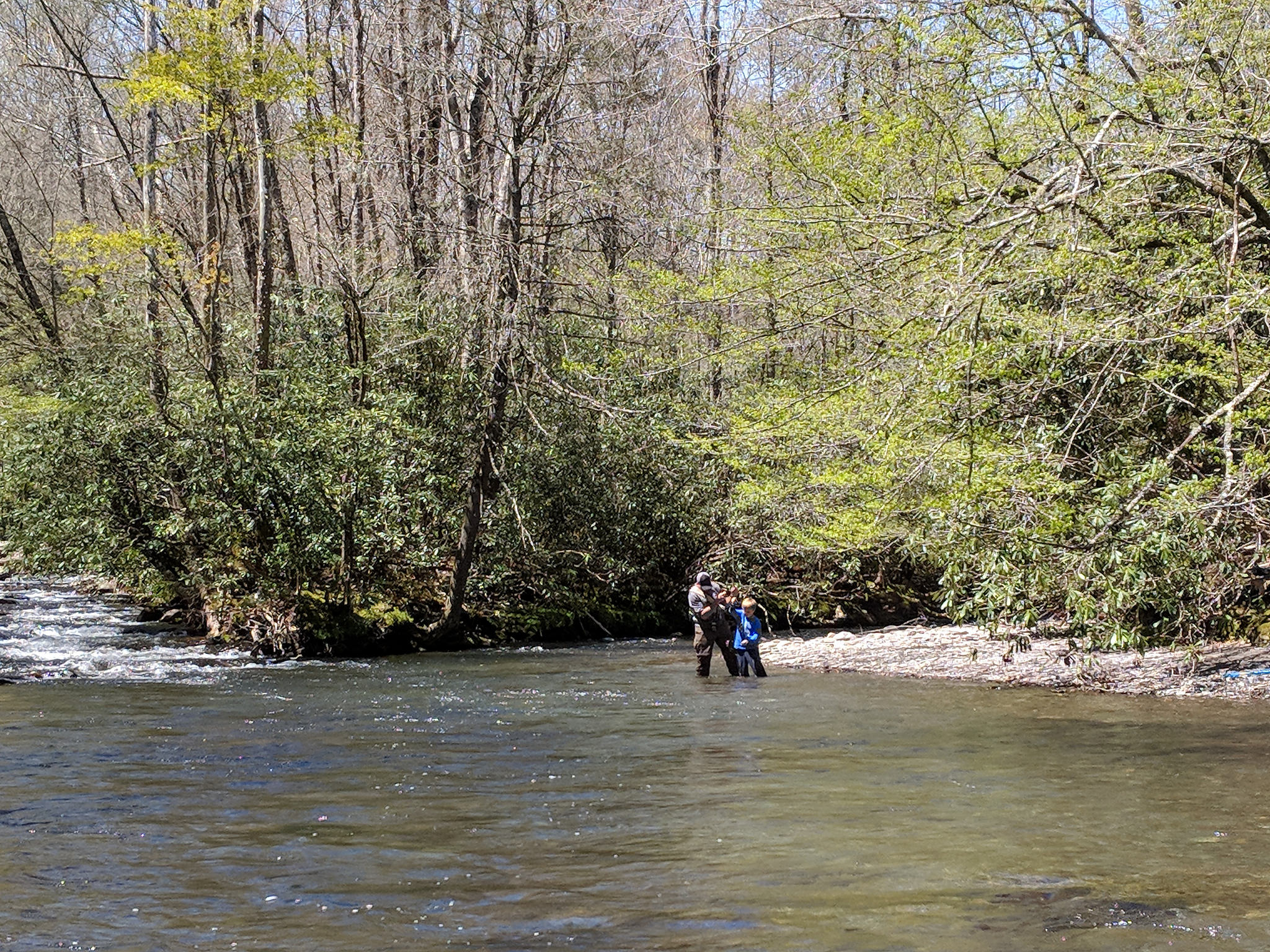 Filtering water is my jam 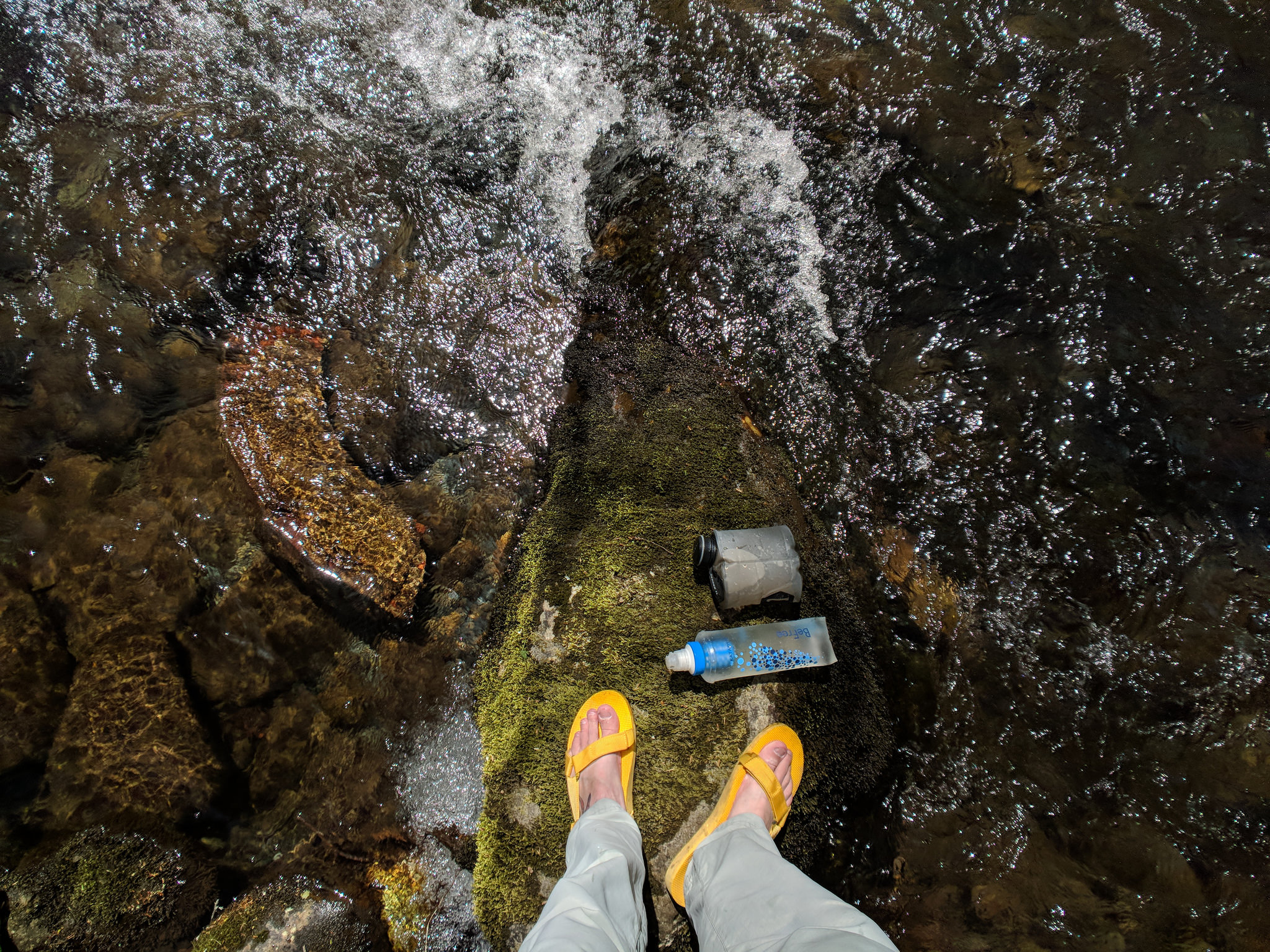 After lunch, we decided to go higher up, do some hiking, and maybe get into some water that sees less campground chaos, just shadows of hikers instead. 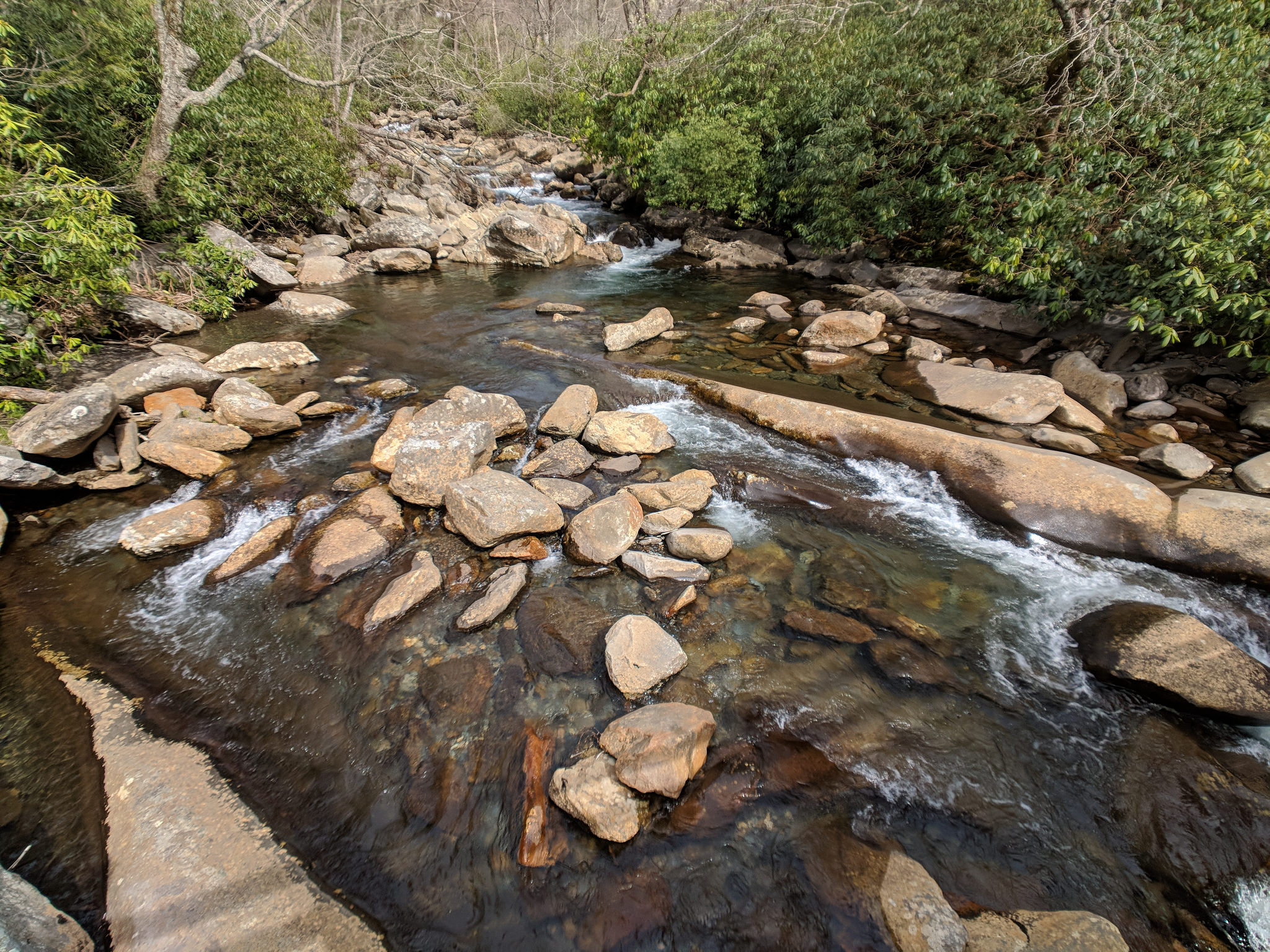 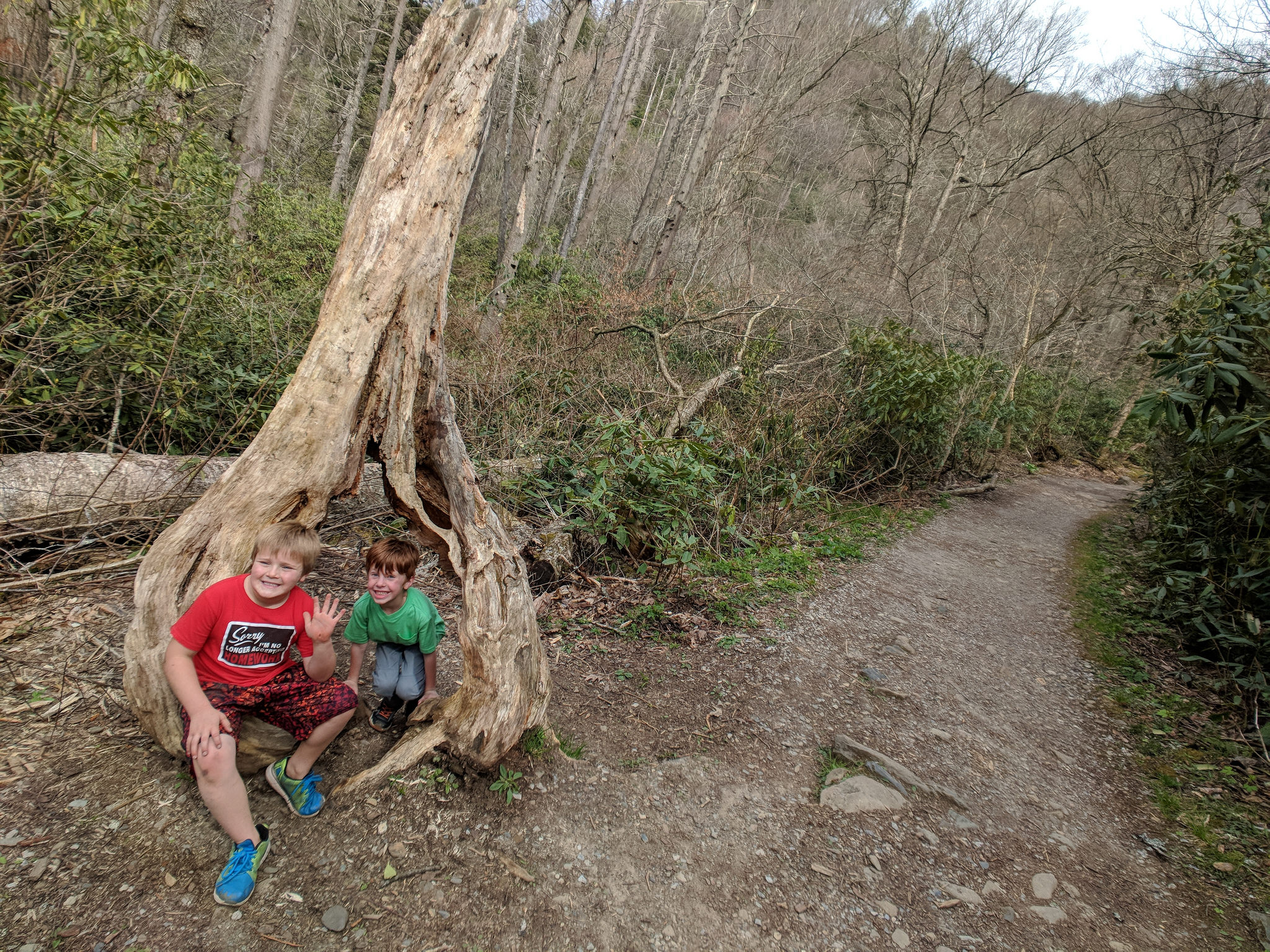 So I’ve been to the park like 6 times now… Have not been able to fish every time, and most of the times when I could, the weather was bad (frozen, or runoff from storms, always something). This was actually my first wild trout inside the park. 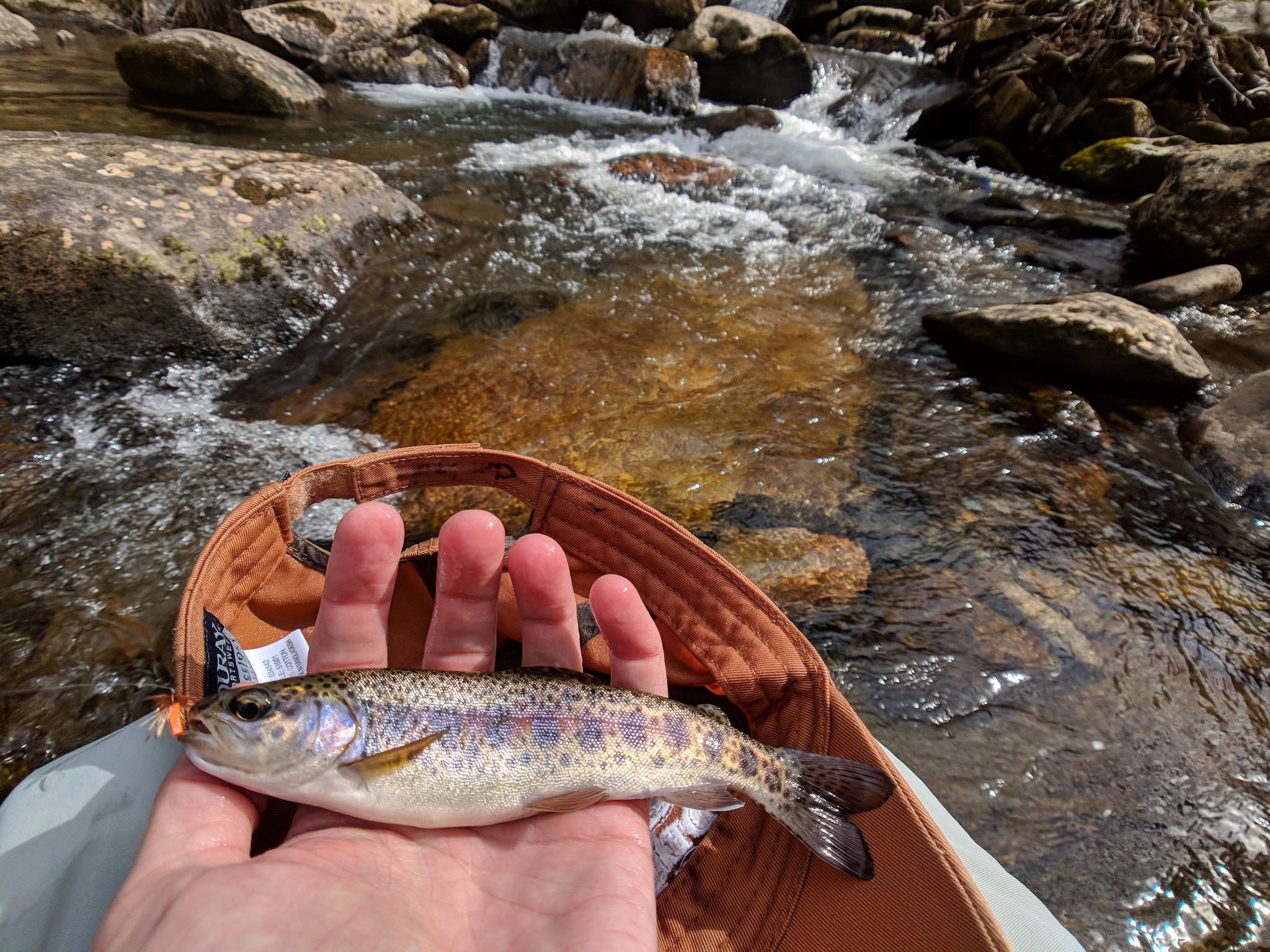 Nice healthy little bow, up high. I’m cool with that!

I hooked into two brookies, but both flopped free before I could land 'em. 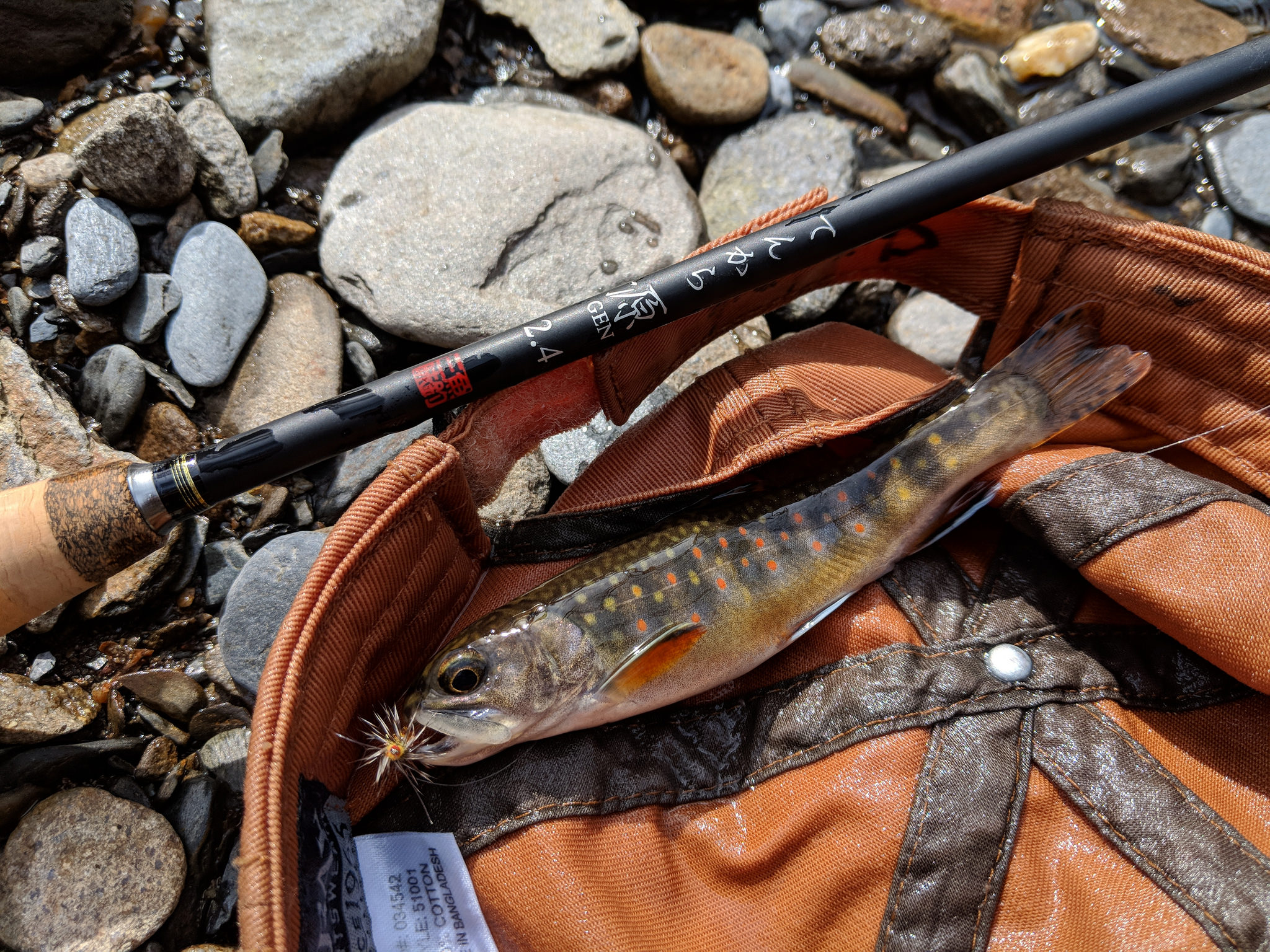 This was my first native inside the park.
HAMMERED a dry. Splatek had prob caught like 50 in the 10 minutes we’d been at this spot by the time I had this one haha. He is the fish whisperer. We were both using same rod, same line (i think), both 6X tippet, but he may have been hopper-dropper’ing it, whereas I am always single fly.

Here’s a funny little video of Spencer helping Splatek land a nice sized native, then dropping it and storming off: 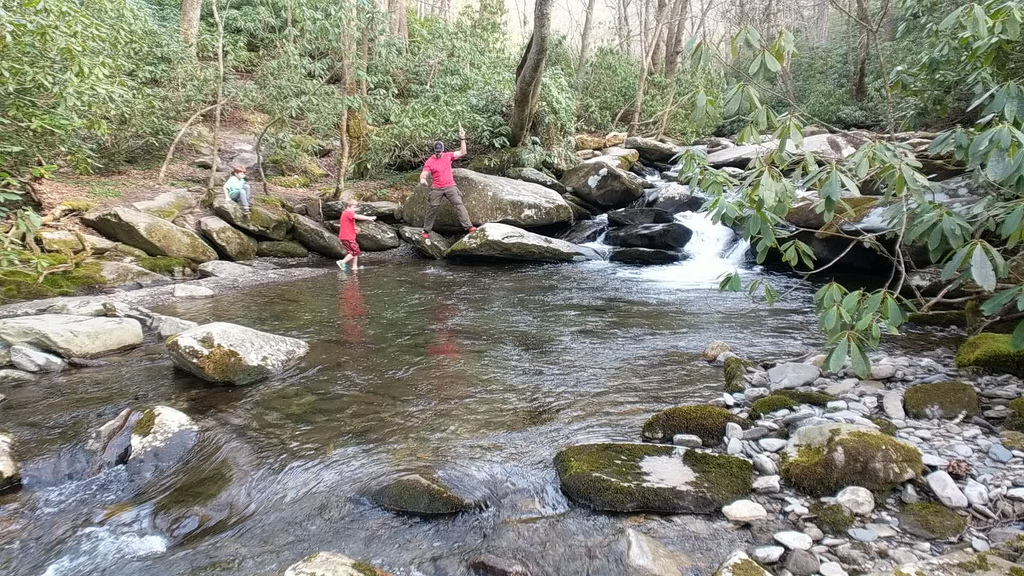 We were SUPER happy to find this guy. 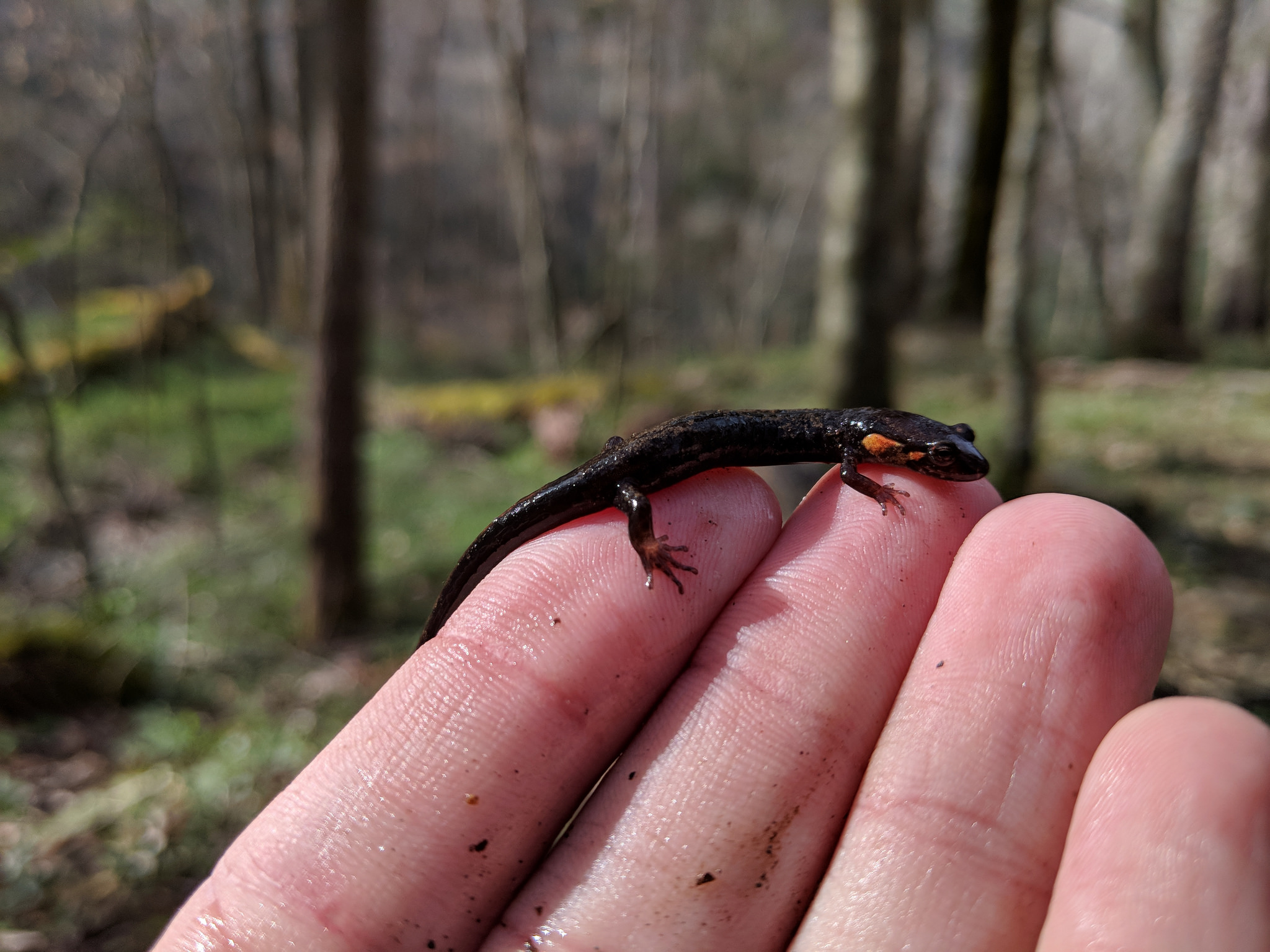 Red-Cheeked salamander is like the mascot of the park. Only found there. My son has a stuffed animal of this guy, that he named Zucchini. He said this was Zucchini’s brother.

Spencer found this giant snail. Notice the carpet of flowers, it was frickin beautiful up there! 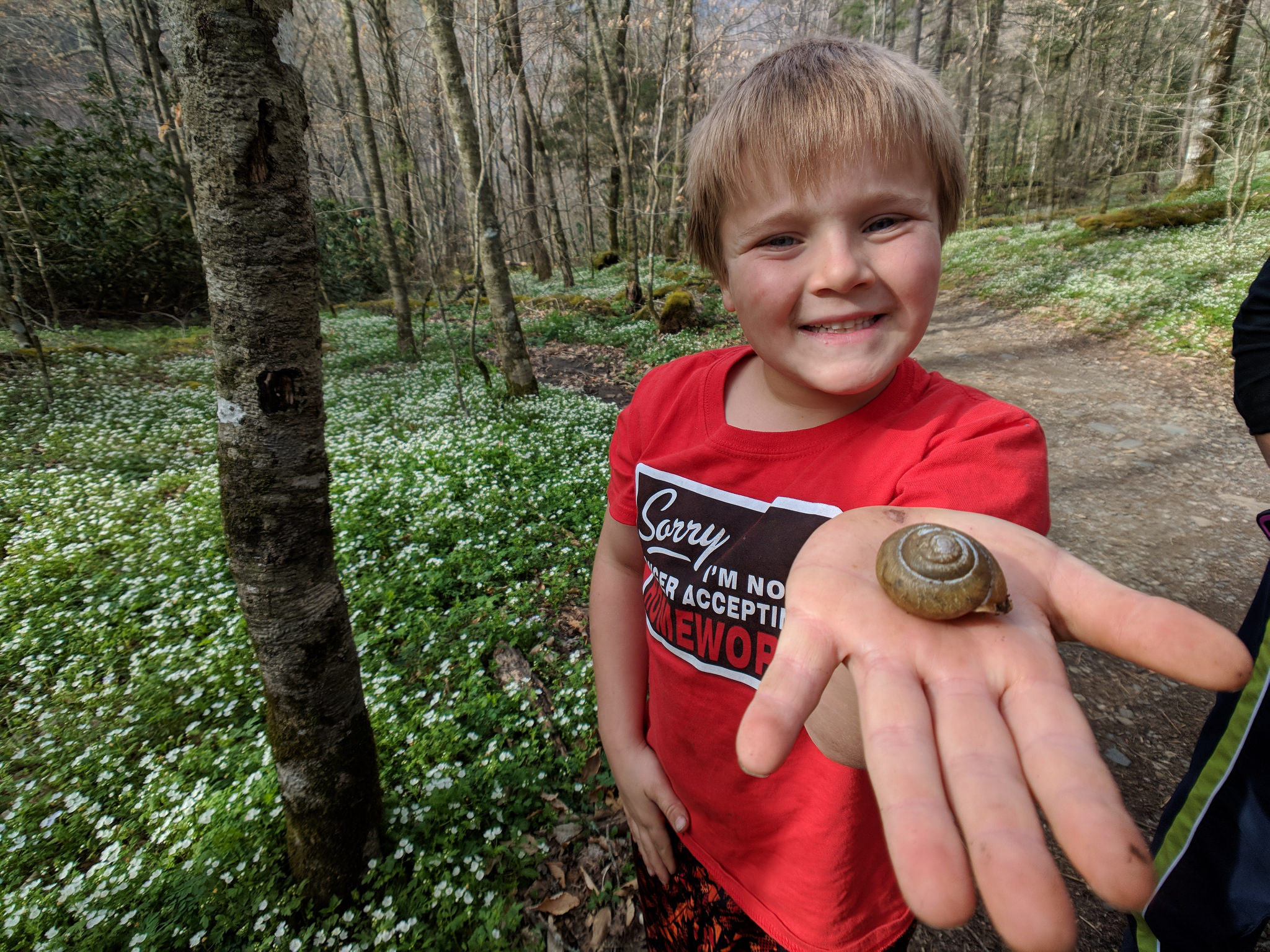 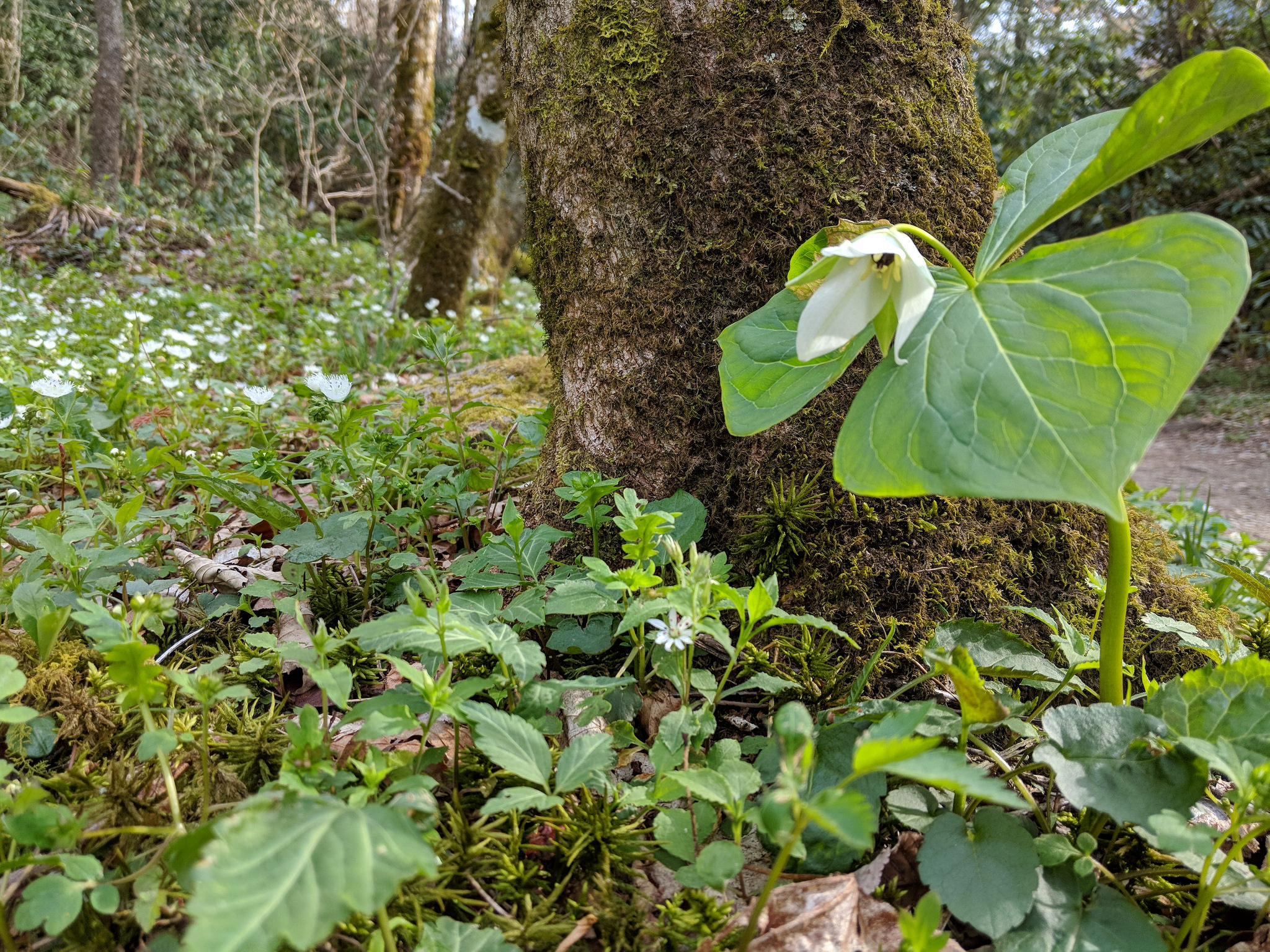 Hiking up the trail. Wyatt is a little more touchy-feely than Spencer was comfortable with haha 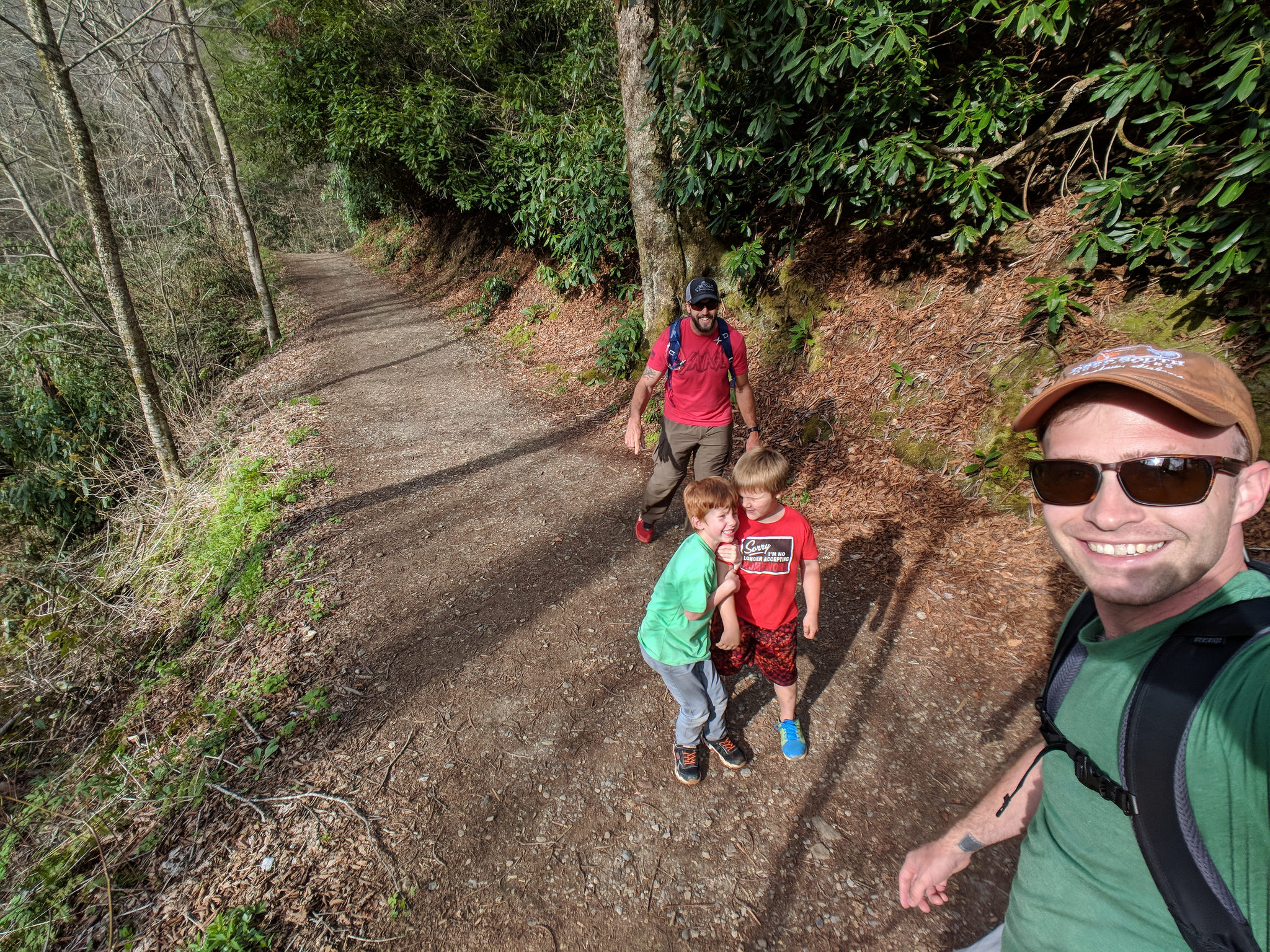 We came around a bend, and just HAD to stop and fish, it was an incredible layout on the stream. Again, just like the last spot, it was close enough that you could trip and fall off the trail and onto a brookie’s face if you weren’t careful. 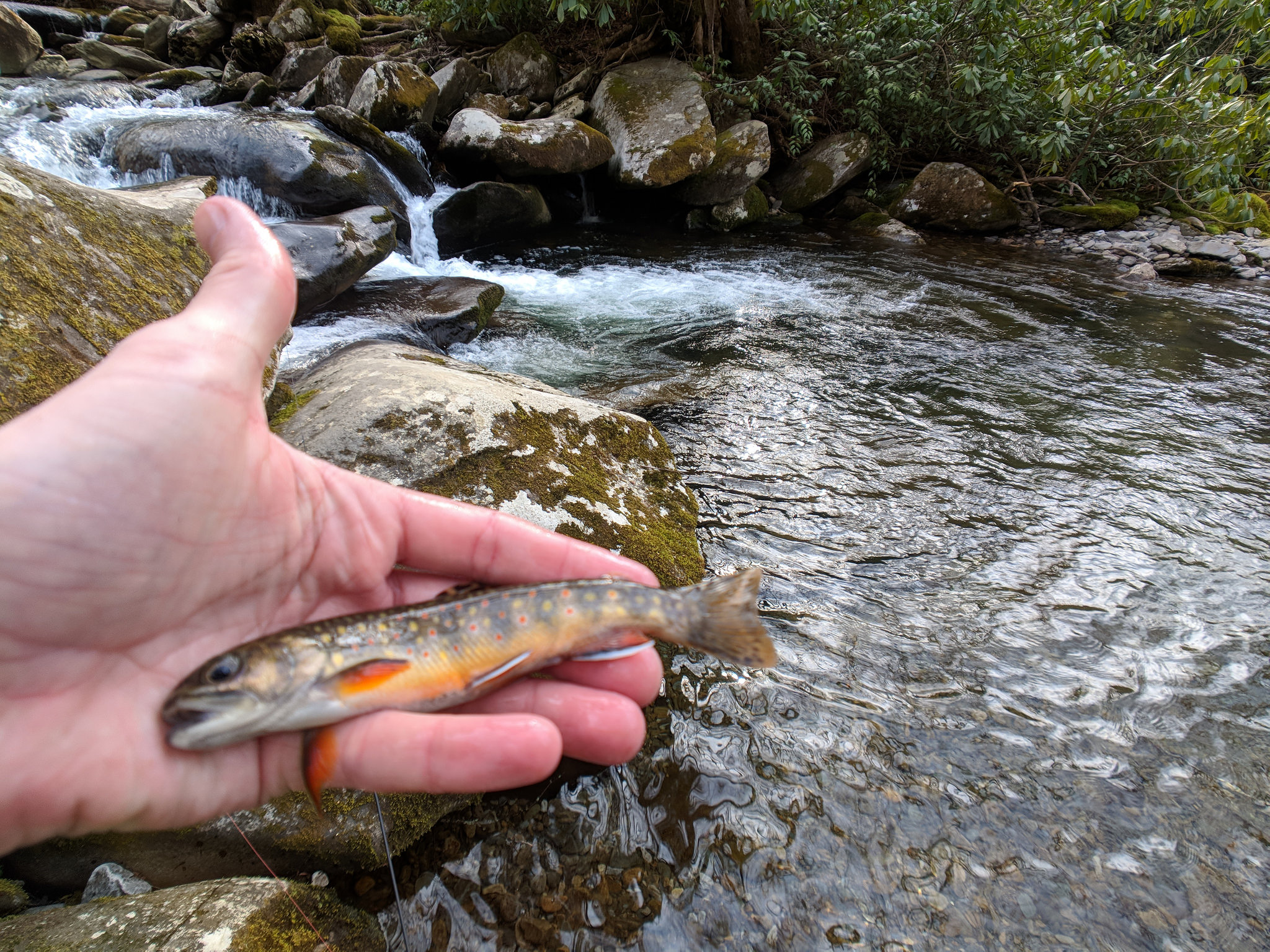 This guy was right where you’d expect- far side of the bubbles under the overhang.

Looking back up from a short way’s down 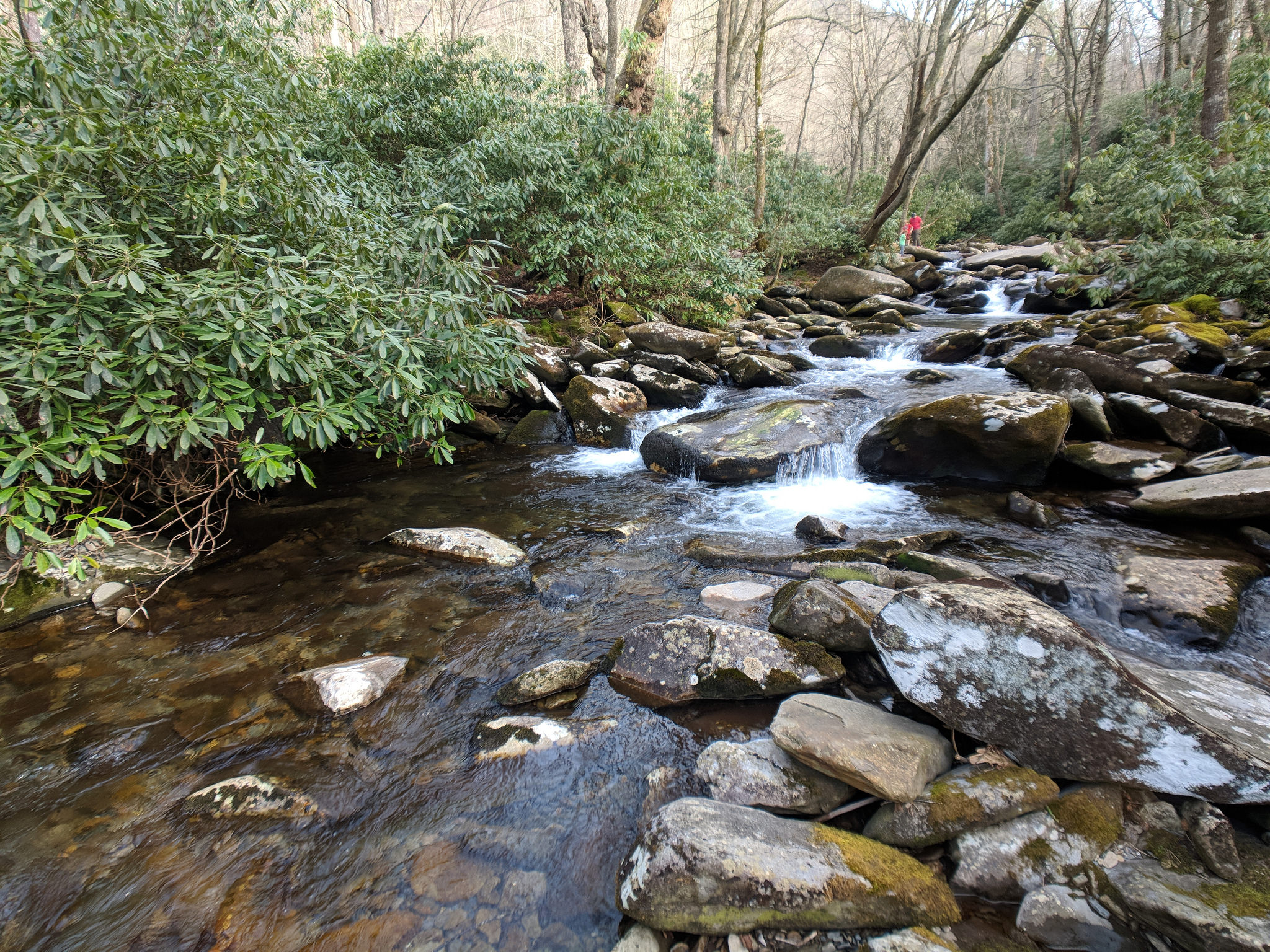 Found this crazy thing on the way back down! 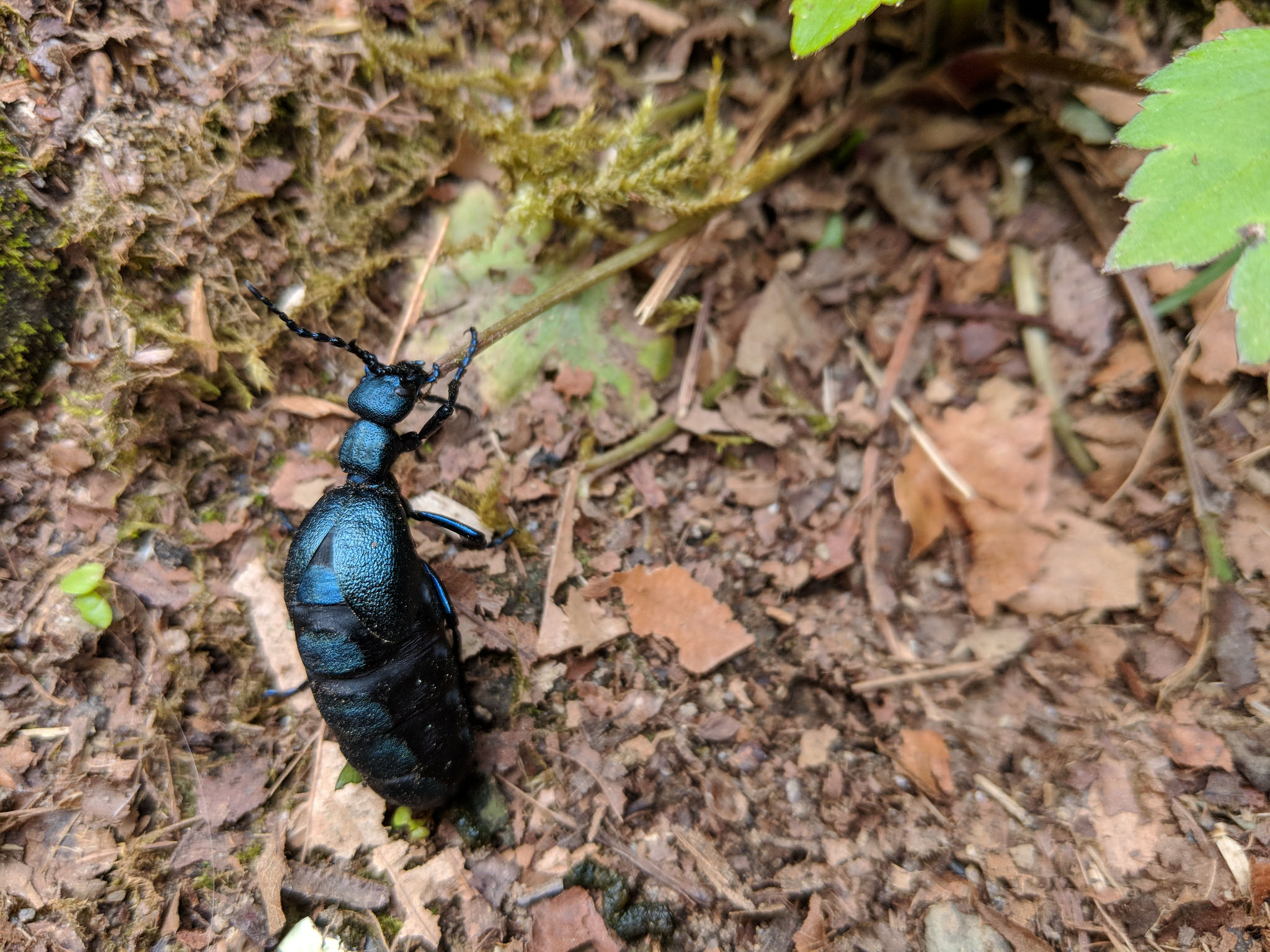 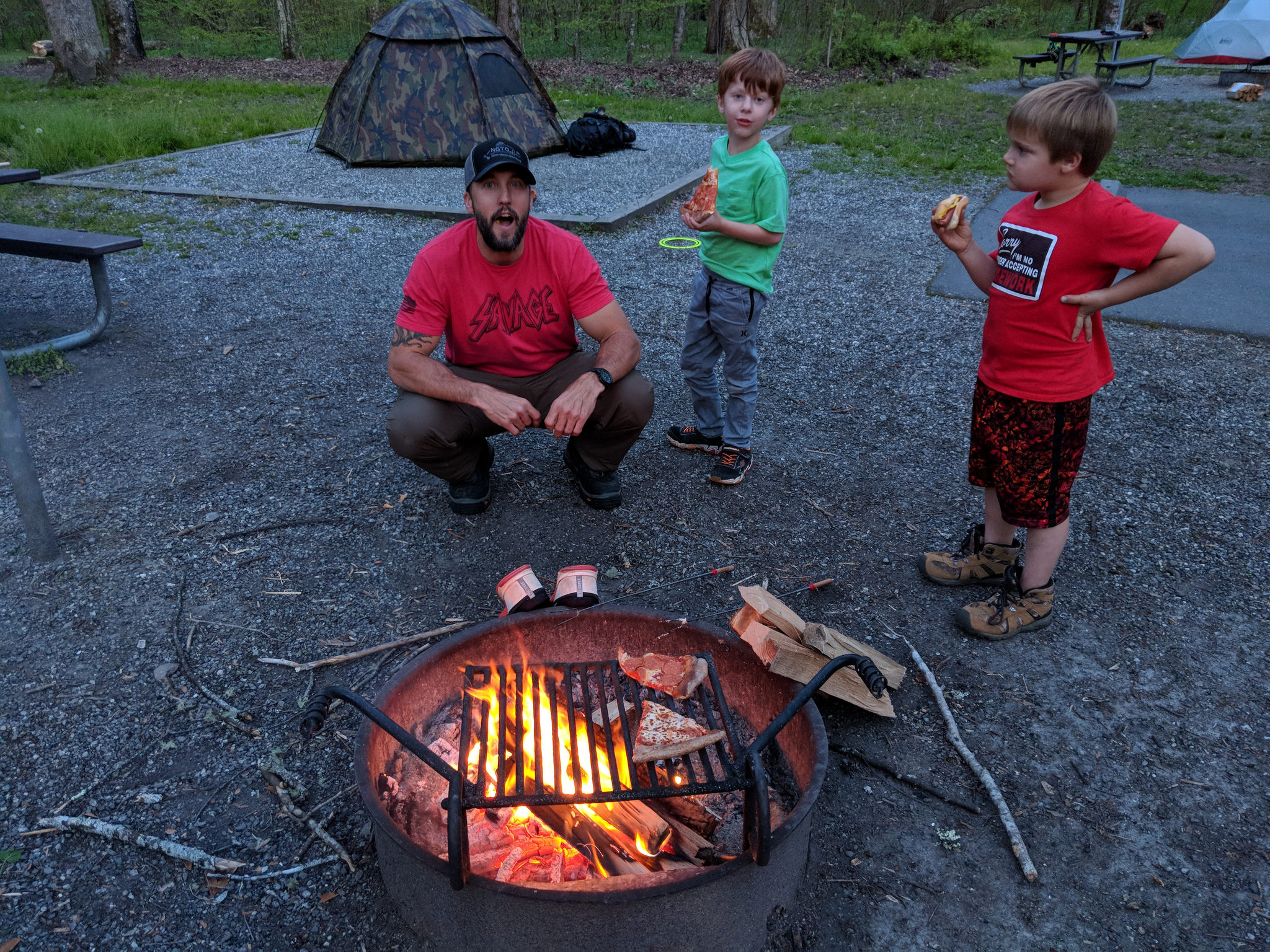 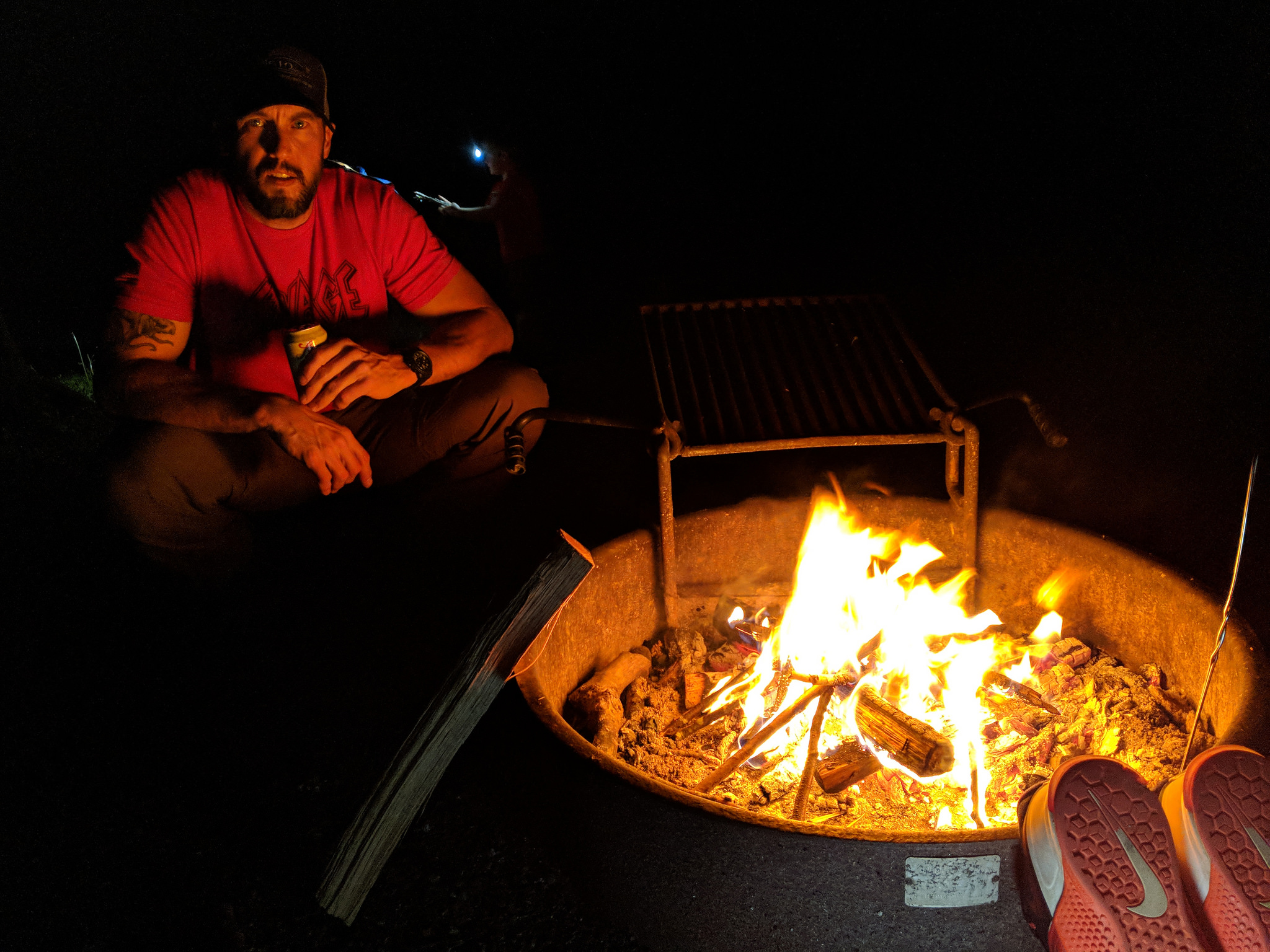 The next morning, we parted ways after breaking camp over breakfast. They stayed in the park for a little more hiking/fishing, Wyatt and I went to a spot nearby that we’d visited before. 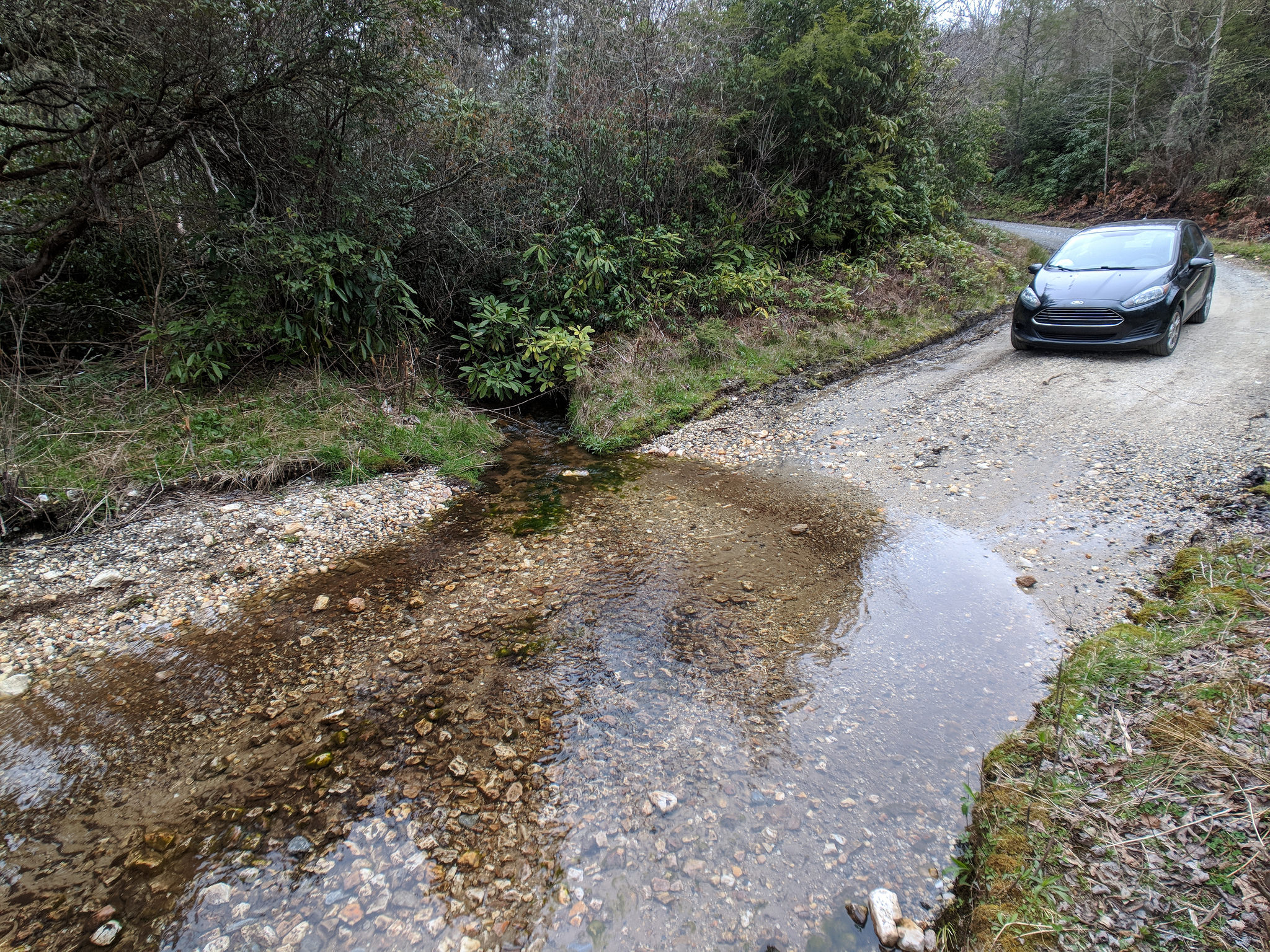 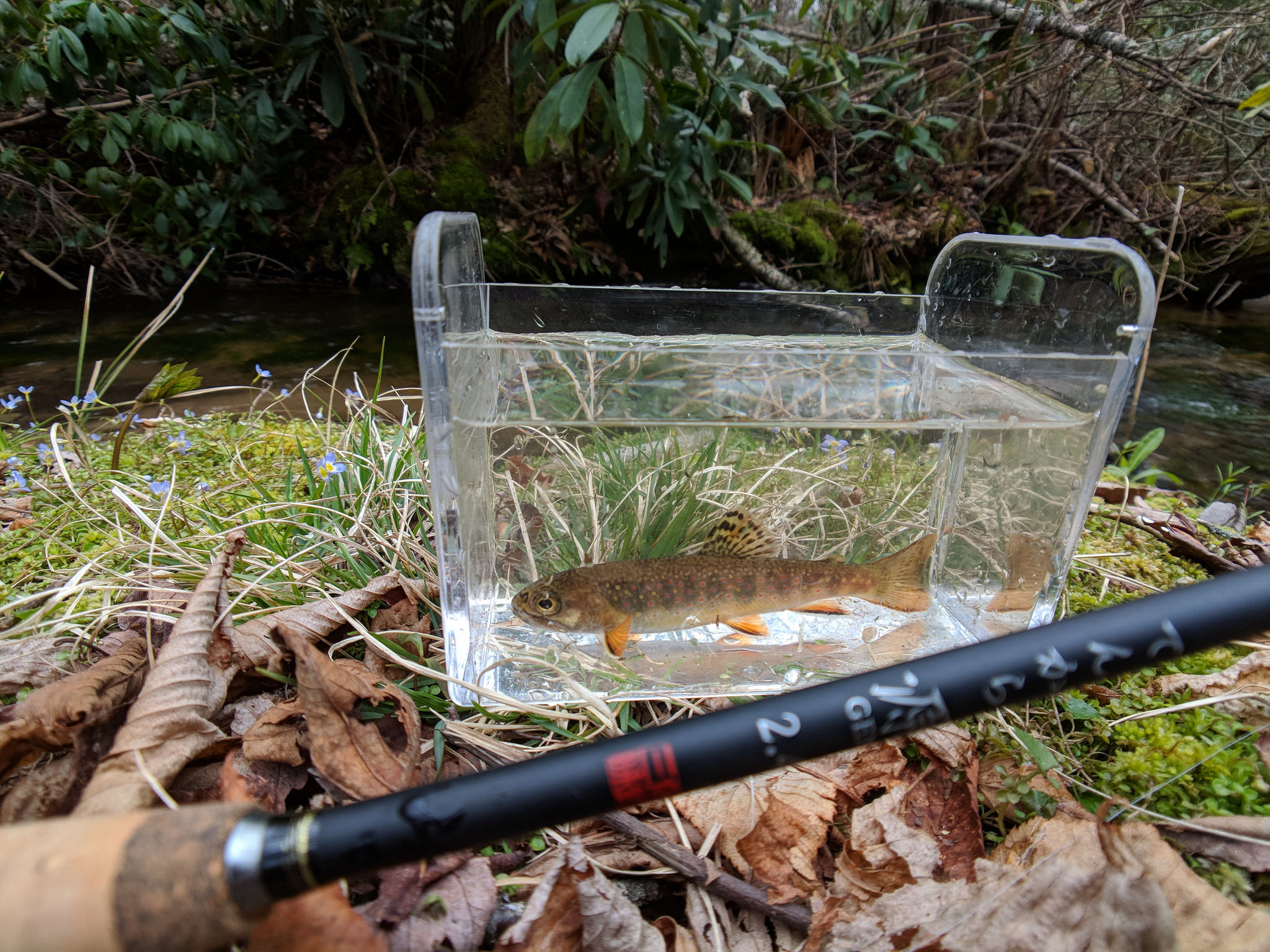 I was quite pleased with this. 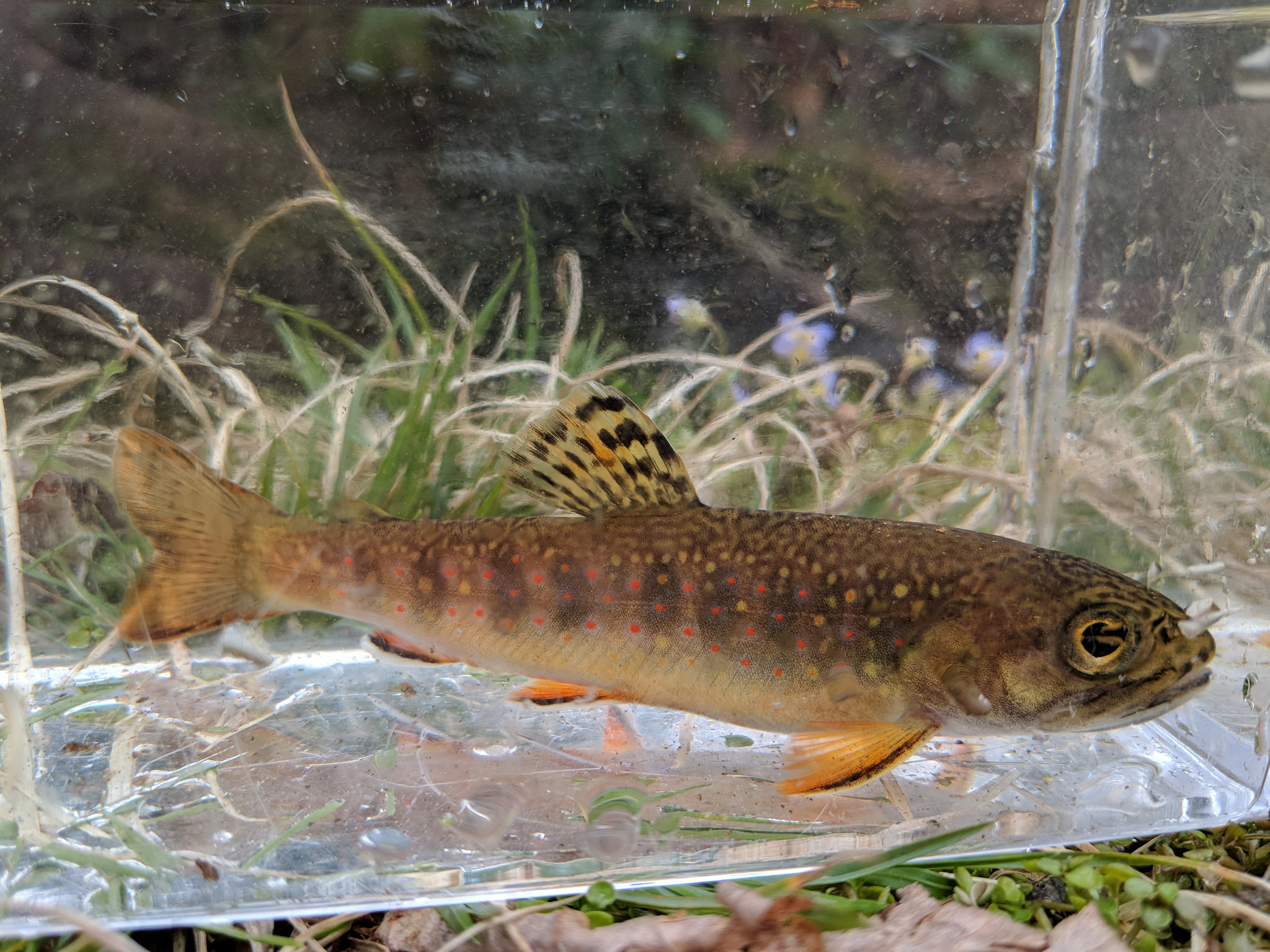 It was GREAT to finally meet Splatek, have the boys to occupy each other, exchange battle stories, fishing lies, and help teach each other some stuff. I hope he’s a little more comfortable now with tenkara than before, and camping in general as well. He and I have opposite fishing styles- I can’t read water to save my life, but can catch a fish that I see… If he sees the fish it’s all over lol.

Nice trip @Chris_Lynch, seems like everyone had a great time. Thanks for sharing and glad you finally got your first brookie in the park.

Great report Chris. Enjoy the boys while you can. The time will be shorter than you can imagine. Once they’ve been in school for a while the other kids stifle their originality. Then before you know it you’re paying for a cell phone, and vehicle insurance and will rarely see them.

How did the Tenkara Gen 2.4 rod work out? Just right length for the park, or a bit longer would have been ok, or better?

On the really small water the 240 was great. When things opened up, I tried using the type 3 a few times but it was too long.
That’s what drove me to list the type 3 for sale…

Nissin pro spec 2way 320 6:4 is on the way, would’ve been perfect this weekend

I fished water yesterday where a 240 would have been really nice. I have a kurenai 30 that is sometimes too long. I really starting to feel that for wild brook trout streams in the east coast, those short rods are the ticket. I do not own one and will need to wait some time before pulling the trigger. The rhodo goes down to 270, but I never fish it at that length for some reason. I will have to make a line for that length my next outing into the wild.

Nice looking trout. I just cannot get enough of those small wild brookies.

Rhodo fishes well for me at its shortest length. I never adjust line length though. I fish a line the length of the middle rod length and it casts well at all three lengths of the rod.

I would like to kindly remind everyone to keep this (and other) topic in line with the original post. If a new and interesting topic arises from this (such as TUSA rods), by all means keep up the discussion. Just please start a new topic and in the OP link back to this so others in the future will know how it all started (and maybe plan their own trip to GSMNP with their Rhodo or tenkara gen or pro spec)! Thanks.