In light of @Gressak sharing about his other interest in his topic about plug building, I figured I would share what I’ve been working on for the past year.

My first line of work was originally in organic farming. I have a degree in it and come from a farming family. My partner and I also both grew up in families who were very avid gardeners. We have dreamt of building our own greenhouse for more than 15 years.

Due to a variety of life’s circumstances, we had not been able to make this a reality. But, that changed. Two years ago, we bought our first house and some land and the planning began. 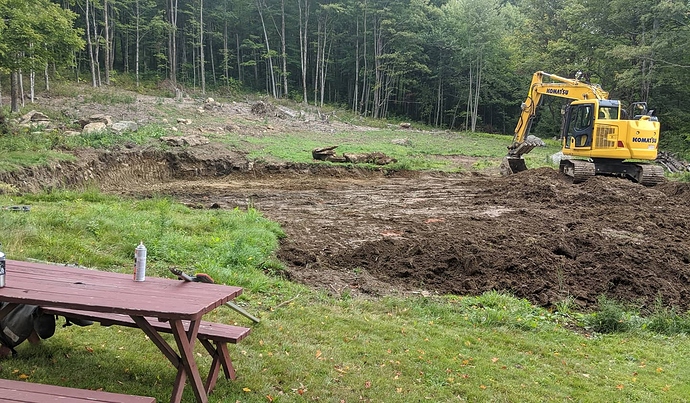 Whilst I don’t have a before picture, I think you’ll get the idea. I started by clearing all of the trees off an acre (4046 square meters) of our land. Then, I had a contractor come and remove all of the tree stumps. 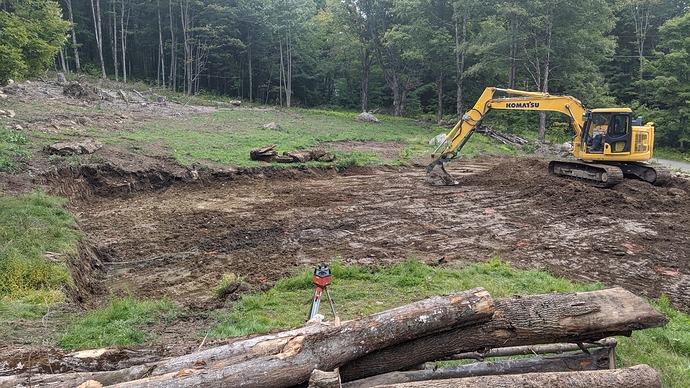 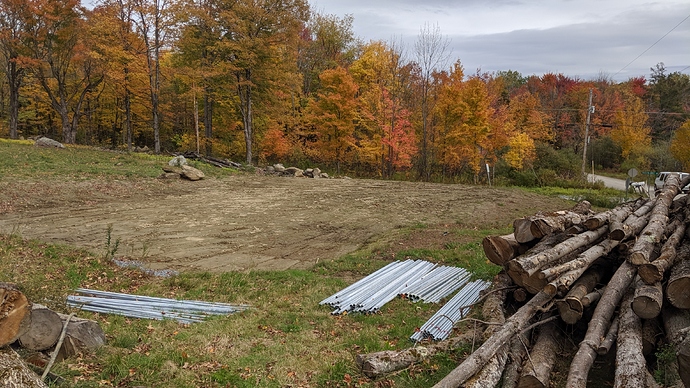 That was all completed late last autumn. Then, this spring began the process of building the actual greenhouse. 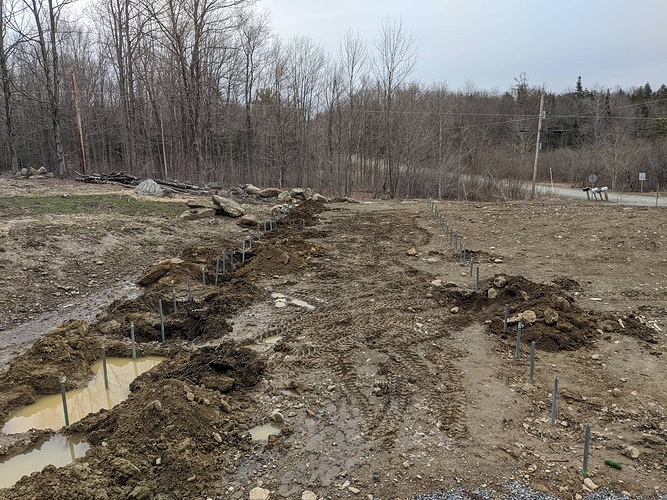 I had to set all of the ground posts by hand because the soil was so rocky. Additionally, we had a very wet, cold, and long spring, which made the work slower. 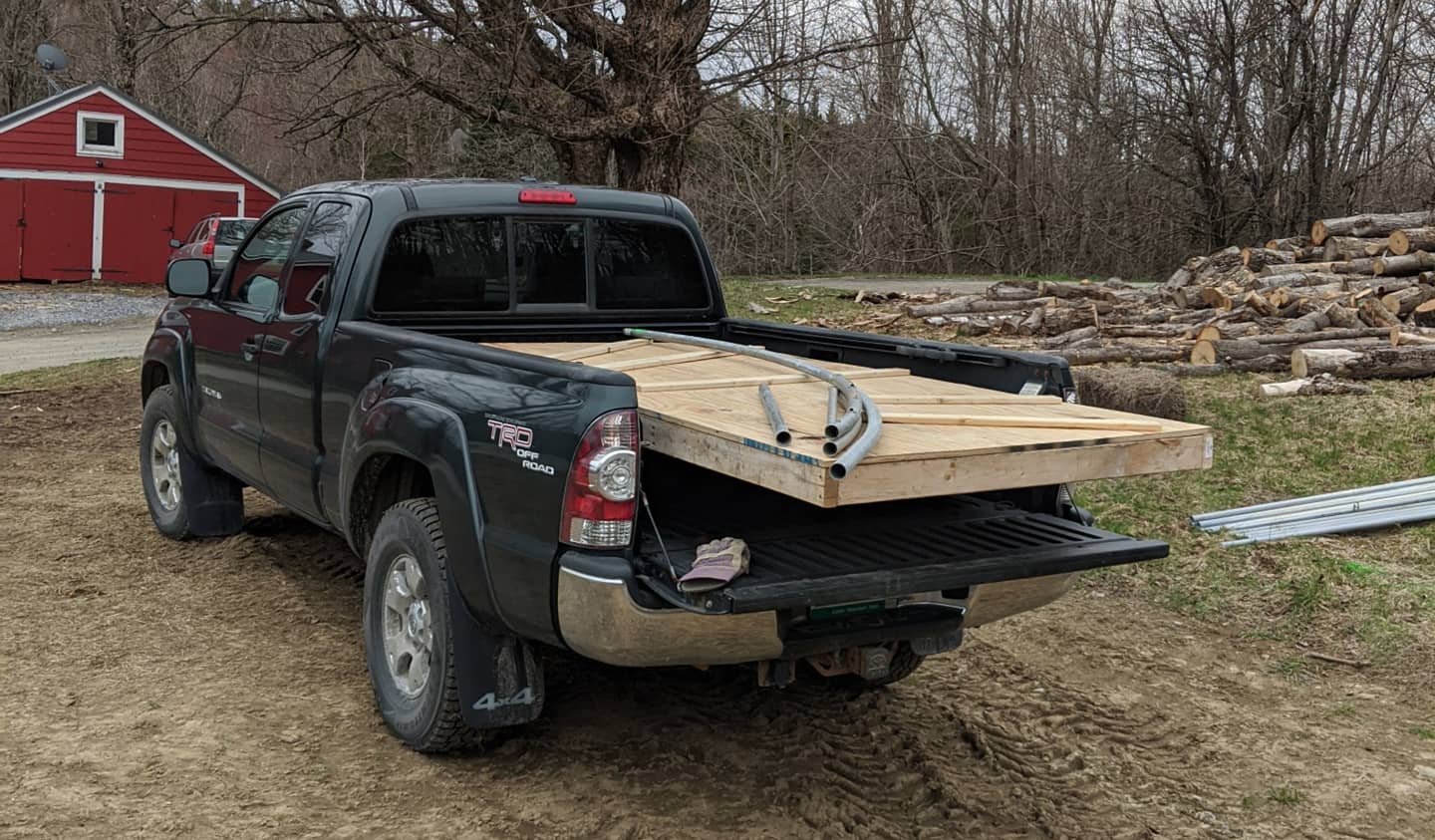 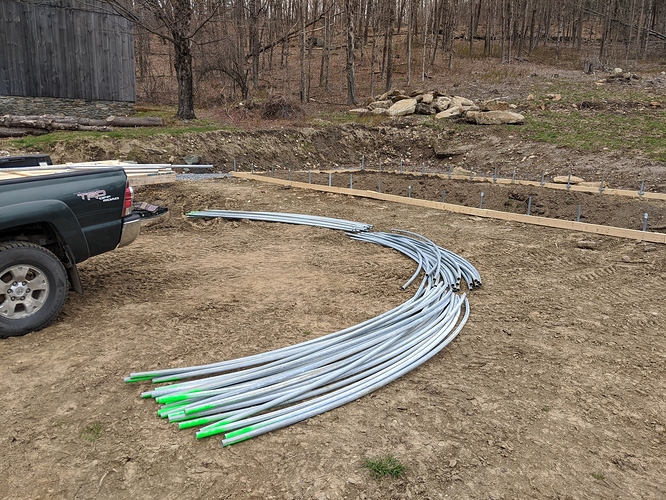 Now it finally started looking like something and it was finally time to put the hoops up and build the end walls. 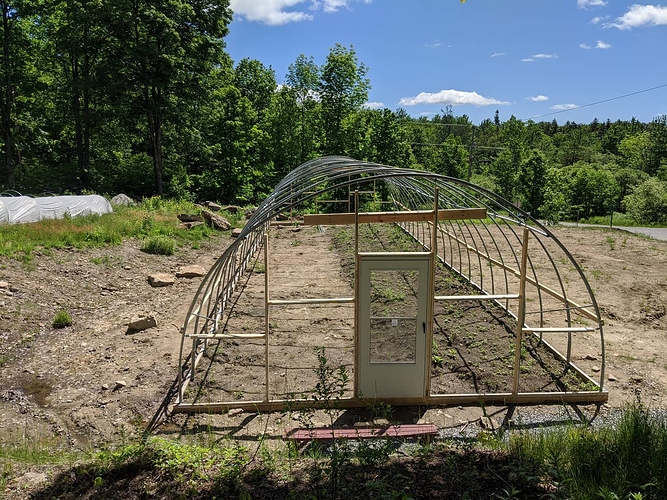 We finally came to the most exciting step, at least for us; having our friends and neighbors help us put up the poly film covering. 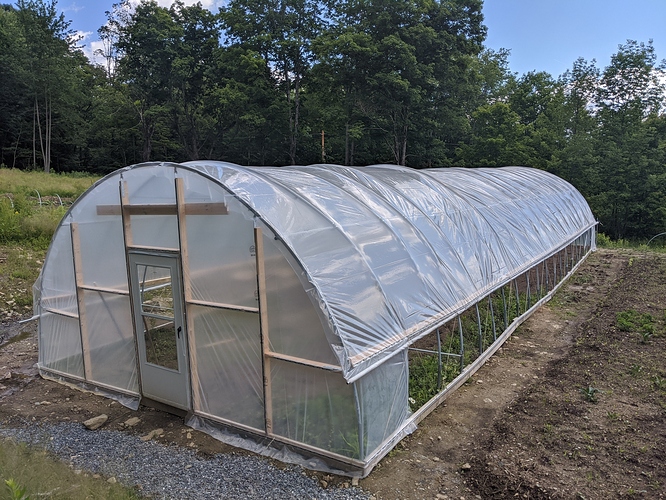 From the start of cutting down the trees, to the finish of putting up the poly film, it took me one year to complete the project. It was finished about a week and a half ago. A little later in the summer than we had hoped, but it’s done and we’re very excited.

Just have to make a bear pit around that front door and you could set a Vermont to Table stand selling grilled bear over greens.

Very cool! I dig it

Thank you for sharing