So one of the things I really like is the fusion of different disciplines and techniques. Sometimes we can learn a great deal by closely analyzing something that is related and similar, yet different. Case in point is this YouTube video. 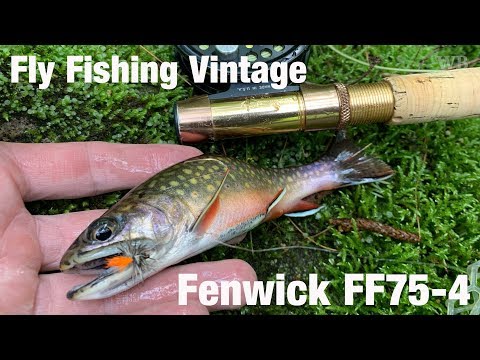 Now a disclaimer, he’s not using Tenkara in this video - but he might as well be! I watched this and thought, “Gee that would be a good stream for Tenkara.” Then after watching for a bit, I realized that many of the techniques he uses to approach pools, and even how he fishes the fly, are similar to what I’ve seen Tenkara anglers use.

I think he would have had more fun with a Tenkara rod, but I’m sure he still had a good time and I learned a little that I will use the next time I’m on the water.

@Lagerratrobe Just as an FYI. If you put the YouTube link in it’s own separate line without any formatting, the video will be natively embedded in your post and people can watch it without even leaving 10CT!

Oh! Thank you for that tip. I’ll go edit that post.

You make a very good point about picking up good ideas from other types of fishing. Finding those nuggets on YouTube is problematic. This video shows something I went all in on last year, the stealthy approach. Absolutely critical especially in highly pressured waters.
There’s a lot of fishing (and Tenkara specific) content on YouTube. My personal opinion is that a lot of it is worthless, counterproductive, drivel, BUT, there are channels I always point out to people at our introduction to tenkara class as a way to greatly jumpstart their learning.
Check out the channel “TenkaraFromJapan” . Has subtitles. Pretty comprehensive.
Watching an angler in Japan who specializes in fixed line fishing for salmon(!) taught me how to pretty successfully bring big fish to hand.
If you can get past the languages (there’s some tenkara from Italy too) there’s a lot you can learn watching others. It just up to you to spot it and figure out how to use it yourself.
You seem to have that skill already!