Fly design for stocked vs native

I found this…it may be old info, but some new considerations for me when using artifical material, flash and hotspots.

Trout see more than humans, but anglers who know what trout see have the...

Anyone put this stuff to practice?

On the lower frequency end of the spectrum are colours like red and infrared, which have lower frequency, longer wavelengths which carry less energy. Reds and oranges loose their colour the quickest at shallower depths than blues and purples, with UV penetrating the deepest because it carried the most energy, so that part about having fluro colours is correct because the UV waves will cause those colours to fluoresce.

Using this information, I have always avoided using colours like reds and oranges, particularly in water which is discolored. Even if the trout could see infrared light spectrum, the energy from the wavelength reflected off a red lure would be very low and harder to detect. Dark colours like blues and purples will have the best contrast against the background as their wavelengths will reflect the furtherest.

UV fluorescent colours will stand out the best and be the most visible, but I’m not too sure how a trout would think about seeing an unusual fluro object in its natural environment. Would it be intrigued to eat it, or would it be spooked?

I do a bit of squid fishing here in Australia and the fluro colours work great for squid who are purely eyesight based hunters, but trout use smell, feeling vibrations through their lateral line and eyesight so you’ve got to convince them in several areas in order to lure them.

After some more thought, and some research, the document is correct “Trout can see ultraviolet light as low as X wavelength”, meaning the measurement between the peaks of the waves is shorter in length, hence the higher frequency. 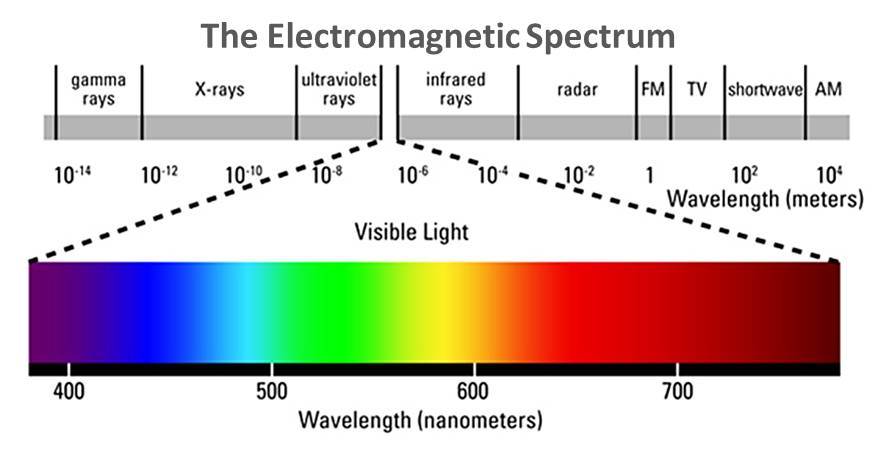