For full disclosure, please note that 10 Colors Tenkara has not been asked, paid, or given anything for doing this review. All images are screenshots from the actual video and all content in the images is copyrighted by Discover Tenkara.

This review is of the “Complete Kebari Collection” download and associated material by @Paul_Gaskell and John Pearson (JP) of Discover Tenkara. I did not purchase the physical DVD.

I recently purchased the downloadable video and associated bonus content for this newly released video. 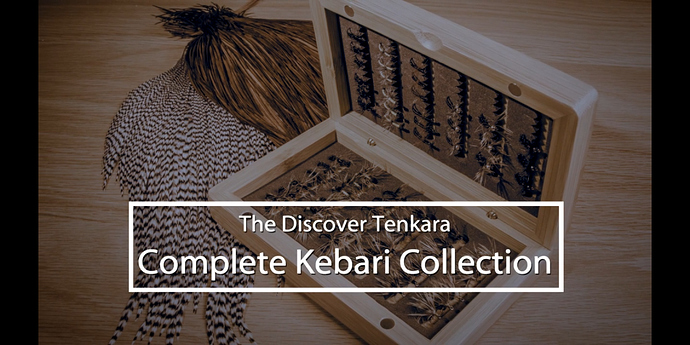 First and foremost, the quality and production of this material is top notch. In my opinion, this is probably some of the best studio work that DT has done thus far. The image quality is excellent and the sound is clear and crisp. Additionally, the transitions are well timed, smooth, and not overly long. The length of the main video is long enough to be informative, but short enough to keep you engaged and prevent boredom. Though; admittedly, I’m a fly tying junkie and it takes quite a bit to get me bored.

In the main video, JP gives an introduction and talks about the experiences he and @Paul_Gaskell have had both in Japan and on home waters in the UK. He also explains how they categorized the kebari in the video and he gives some basic information on fly tying materials. 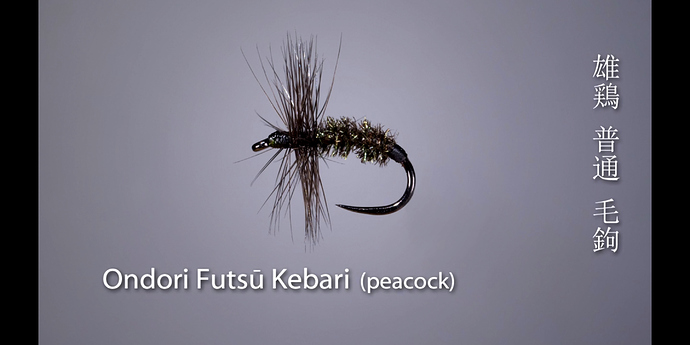 From there, he jumps straight in and starts giving instruction on how to tie their top 12 kebari. He uses clear and understandable language during each step of the process, explaining both what he’s doing and why he’s doing it that way. The video regularly pans in and out between what JP is explaining and what he’s actually doing at his vise. 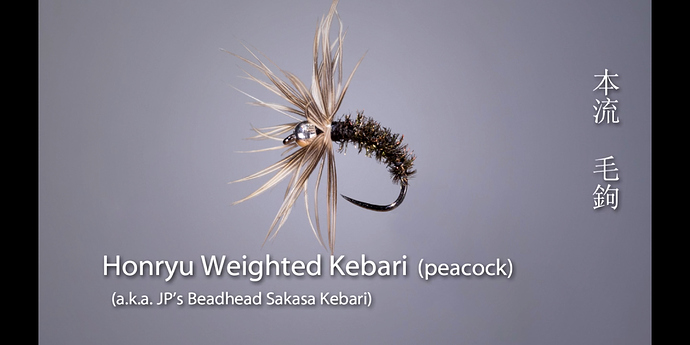 The video is great, but it’s certainly geared towards novice fly tiers and those just getting into kebari. I think all of the materials would be excellent tools for teaching beginners.

In fact if you are a beginner or are teaching one, I would recommend starting with the associated PDF and bonus video. The brief PDF shows each kebari, the material used to tie them, and the recommended hook sizes. 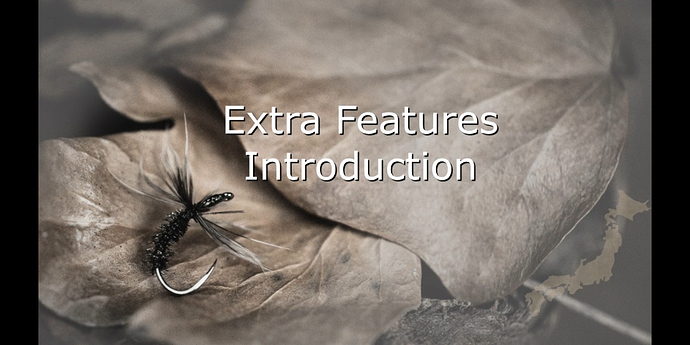 The short bonus video would be my preferred place to start with a novice as JP explains and demonstrates some of the basic tying techniques used in the main featured video. 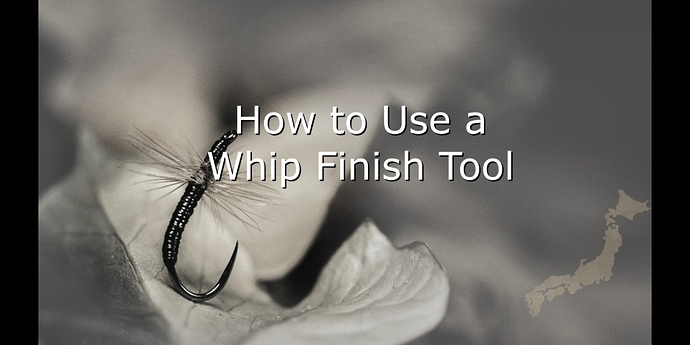 By starting with the two pieces of bonus material, the main video will be much easier to follow and understand for beginners. 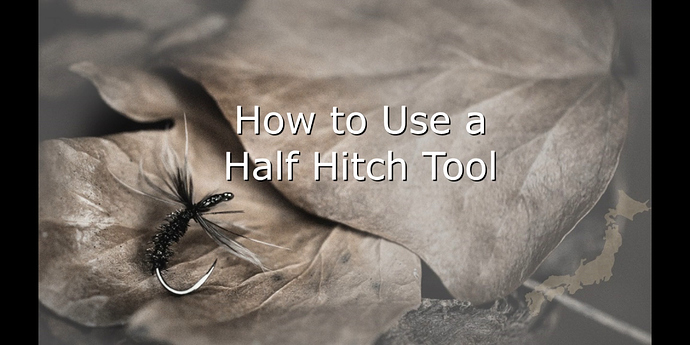 Overall, this is excellent material and well worth the price and time for beginners. Yes, you can certainly find this type of material for free on YouTube or other similar services. However, I don’t think it will be as well executed and concise as this. 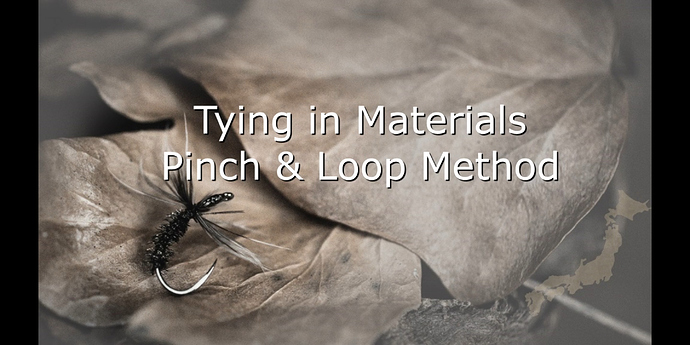 If you are an experienced fly tier, this video and associated content may not be for you.

If I had one complaint about the video? It would be the horrible squeaking that JP’s bobbin makes each time he pulls out more thread. That could have been edited out, but it’s just a minor gripe.

I’m a total noob, and I really got a lot out of this video.

A couple of my favorite takeaways:

The importance of feather selection. I hadn’t encountered this idea in other tutorials, and once I understood how to choose the right size feather, it made a big difference in my flies feeling proportional and balanced.

There’s more than one way to tie the same fly. Meaning, you can get equivalent results even if you change the construction techniques. You can build from head-to-tail or tail-to-head. You can tie the herl on a bunch of different ways. You can tie off on the body or the head. Etc. Etc.

*I have no affiliation with any Tenkara company. And I’m an utter beginner.

Thanks for joining the forum @TenkaraDrifter and thanks for posting. Welcome.

Yes, you’ve definitely touched on some key points there from the video.

I definitely agree with JP in the video; hackle size is important not only for your flies to be proportional (as you mention), but also important when it comes to cock hackle. This is because it can potentially hinder one’s hookups due to the stiff barbs.

3 posts were split to a new topic: How or where to buy Discover Tenkara flies/kebari

Is this the manufacturer’s own product name?
雄鶏○○毛鉤 ＆ 雌鶏○○毛鉤 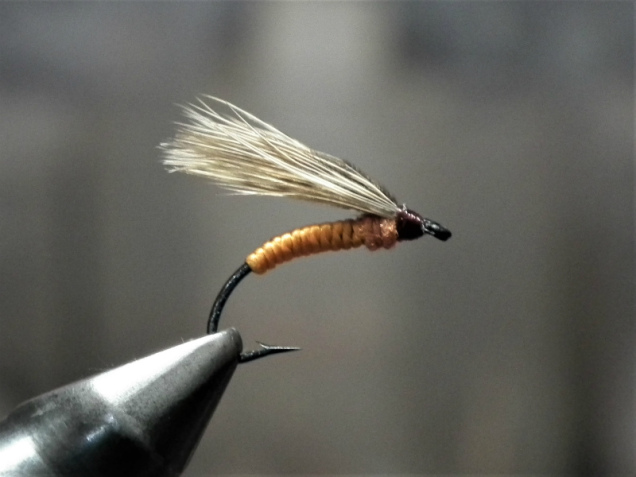 Todoroki-sama, I know you are friends with Adam Trahan - but I would ask that you try not to let that particular gentleman’s poor opinion of us color your own judgement too much lol (or should that be 10-color your judgement

(N.B. - Adam, there’s no need to reply with a disavowment/position statement etc. ours is a well-trodden path of behaviour that needs no additional words).

The use of “jun” as “regular” (with a connotation of “following” or “conforming”) is very widely used among the several dozens (approaching around a hundred) very experienced, very accomplished and very well respected Japanese tenkara anglers, so I do feel justified in using it - especially in the culture of tenkara where most people are very reluctant to use any kind of label beyond “Kebari”…

Although not all the uses of the word “Jun” refer to identical styles of tying, by far the most common application is for those soft, swept-back hackles.

I am interested to hear that the term also applies to the style of kebari shown in your photo (and it is interesting to see how the wing is also a swept back/conforming to the shank of the hook from head to tail angle).

The use of “Ondori” and “Mendori” is just a direct translation of rooster (male bird) and hen/female bird which is handy for us westerners to distinguish stiff “Futsuu” (which is another commonly-used category of “regular” hackle, just for a little extra complexity) from softer game bird hackles.

We did go, via the investigative powers of Mr. Go Ishii and his extensive range of contacts, to the trouble of modifying the kanji for “Mendori” as it applies to game birds rather than just the kanji which is pronounced the same, but refers to female domestic chickens.

Tenkara - even in Japan - is something that only quite a small fraction of anglers really have a deep knowledge of in terms of techniques, culture, history, kebari…That proportion drops off massively again as soon as you get outside of Japan.

That’s what is great about this forum - because folks are keen to find out the rare knowledge held by the best of the best in Japan.

While myself and JP are certainly imperfect human beings, we take the research and communication of the amazing stuff that top tenkara anglers and authorities in Japan pass on to us extremely seriously.

Having the blind good fortune to be a freshwater ecologist, competition fly angler and also have a background in professional academic research doubles down on that responsibility - since that’s kind of a unique position to be in…

It means that (accidentally) owning the tools to research/test/fact check and understand the biology of what is happening as well as being exposed to an understanding of the mechanics stress-tested competitive fly fishing gives a very particular insight (there’s a ground-truthing that’s not available only by passive observation).

Now, I can’t claim any responsibility or credit for landing up with those “tools” - it is just an accident of being born into the family I grew up in. But it does land me with a pretty serious obligation to use those tools.

Todoroki-sama, I know that you’ve said before that folks from cities or outside Japan can’t understand tenkara - but if that were true, there wouldn’t be much point in any of us posting or reading things on this forum…

I have a different view, I think it is only by combining the insights of localised, insiders with deep (and often widely-differing) life-long experiences with folks who are willing and able to look and learn over periods of many years, Japanese tenkara’s culture and methods can be shared and valued.

Todoroki-sama, I know that you’ve said before that folks from cities or outside Japan can’t understand tenkara - but if that were true, there wouldn’t be much point in any of us posting or reading things on this forum

I may be Donny and outside my element… but noting that I am an outsider to much of the content of your entry, but I can see how this statement from Todoroki can be misunderstood.

As in Tenkara, for some may extend beyond just technique but is more of an experience rooted in geography and culture that goes beyond a textbook. Sort of like how I could study the british culture, but cannot ever fully understand what it means to be British without being born there and living there. It may be possible that this was his suggestion…which if so, we may all agree with.

From what I do know about Todoroki’s entries here, he is always helpful and get the impression he is very talented and knowledgeable but also always humble and very respectful. Todoroki is friends with a lot of folks, but that does not mean that he shares all opinions of those folks.

Thank you for your opinion. I like the ten color words

Certainly the information on “kebari” was poor, but I think that it is being gradually improved

It was helpful not only the voice of some experts but also the voices of many more people
Certainly there are various information in the website, but the truth voice is hidden inside

When you learn culture in various countries, understanding is gained by gaining the spiritual background and the historical background

Even Japanese, the knowledge of that “kebari” is poor

I am trying to share it on my website now, （not for commercial purposes）
Telling the truth as it is was difficult, but now I have a website

Please forgive my poor English
Thank you very much

I think that everyone will do that judgment 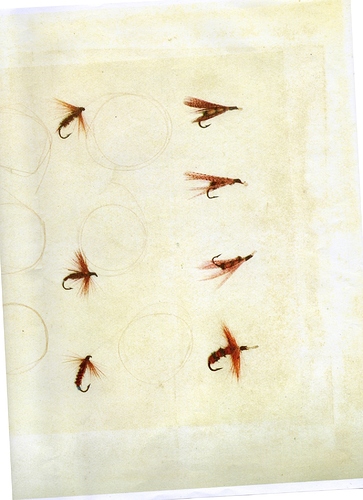 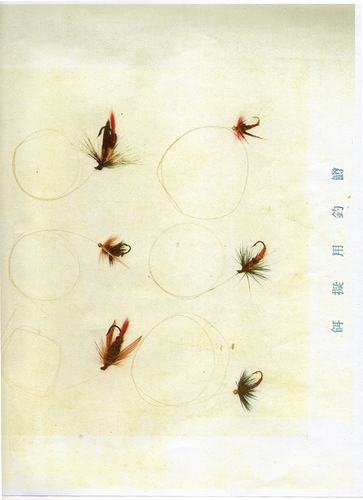 A word from a friend of America

This is notice to all. This has gotten way too far off topic of the original post and will be closed to further comment.