Sometimes you just never can tell what you will find in a list of patent applications. 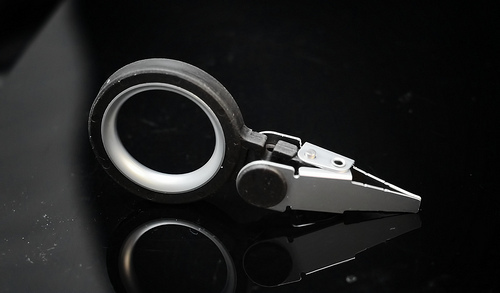 I do not own this type of hackle pliers, but I believe some of you do. They do look like they might work well.
Kind of interesting to discover the patent was applied for Sept 28, 2001.

What is he tying? Some kind of tube fly is my guess.

Bearsden has a good description of their features:

The same inventor had several others:

I will admit that I do own a pair of the C&F hackle pliers and do believe there was a thread towards the last month or so of T-F that was talking about various hackle pliers. Personally, I did not pay the $45-50 that they sell for here in the US. I got them from Plat two years ago when they had a special with free shipping during Golden Week and I paid $24 for them. The longer I have them, the more that I like them. Would I pay $50 for them? No. Are they worth what I paid? So far I think so.

I could be completely misremembering this, but I believe @tvdavisid had mentioned that his favorites were now the Stonfo Soft Touch, which Anthony at Three Rivers Tenkara is selling. (As of the writing of this, I have no affiliation with Three Rivers Tenkara. I only saw they have the hackle pliers for sale.)

I’m thinking about getting a pair to try them out. They’re inexpensive, so I don’t feel there’s really much to lose. Besides, I kind of like what they look like. I understand they’re made of plastic, so I don’t know how durable they’ll be in the long run.

Yes, that was me. The Stonfo are plastic but very lightweight and effective.

I own the stonfo one as a result of toms recommendation.

I have the C&F Design hackle pliers and they are probably the best I own. Expensive? Yes, but they are probably the only pair you will ever have to buy. I don’t what the status of the line of tying tools is at the moment. I have seen a lot of them on clearance lately being sold very cheaply. The other tools in their line up and their portable tying kit are exceptional as well.

I own two now, one I purchased for about $45 delivered from Japan and the other is in my Marco Polo travel tying kit, you don’t want to know how much I paid for that. I had to save quite a long time.

The plier is nice, worth the price. Other pliers will do the same job, the cheap English type nearly does the same thing if you are careful. I am careful but I like equipment that is well thought out.

I couldn’t agree more Adam. I’d much rather buy quality and good design that lasts.

Personally, I do not like the cheap English type. I prefer to use my fingers instead of those.

I also got mine from Plat for $25. It’s worth that, but probably not $50 I don’t think. If it made me a better tier, maybe paying double would be worth it.

If it made me a better tier, maybe paying double would be worth it.

Ha ha! Don’t we all wish that would happen! If that were the case, all of us would be fishing with the Gamakatsu Multiflex Suimu.

If you like Stonfo tools, and I do - they might be among the best & not just best for the money, the most complete supplier I have found in N.A. is Flymart in Canada.
Last summer I wanted some of their tools and I could not find anyone in the USA that had them, but Flymart did. I was looking for the correct bobbin threader, elite finisher, conical finisher, and one of the elite bobbins that no one here even carried. They delivered quickly, and have a large selection.

For tying at home, I use the Stonfo bobbins, they are excellent handling and I like the tension adjustment.

Which Stonfo hackle plier are you all referring to please ?
Is it these :-

Stonfo is funny…they have a number of designs to do the same thing.
What is good, it seems like anyone can find a style they like.

Tom does a review on them… 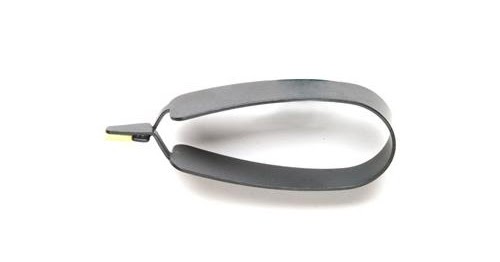 I've been tying flies since 1974. When I was a kid, I took piano lessons, clarinet lessons and fly tying lessons. Once a week I'd go to a h...

Hi @davidsr. No, it is these; although I don’t know why the Lakeland website is rendering so strangely. It looks like their CSS isn’t working.

They can also be found here, here, here (the last item on the list), here, here, and likely numerous other fly fishing shops within the UK. The pliers are made in Italy and are likely easier to find in the UK than the US. I hope this helps.

Thanks @Gressak and @Peder for the helpful replies. I have ordered one, should be here in a couple of days.

Great. Please let us know what you think of it.

The Stonfo Hackle plier has arrived. You are right it is a great tool and will make my future tying much easier. Thanks for the recommendation.

@Owl_Jones welcome to the forum.

I just got my package from Anthony at Three Rivers Tenkara from the post office today during my lunch break. Hopefully I’ll have some time tonight to try them out.

The pliers are considerably smaller and lighter than I expected. I’m very curious to see how they work. For less than two beers at our local pub, they were at least worth a try.