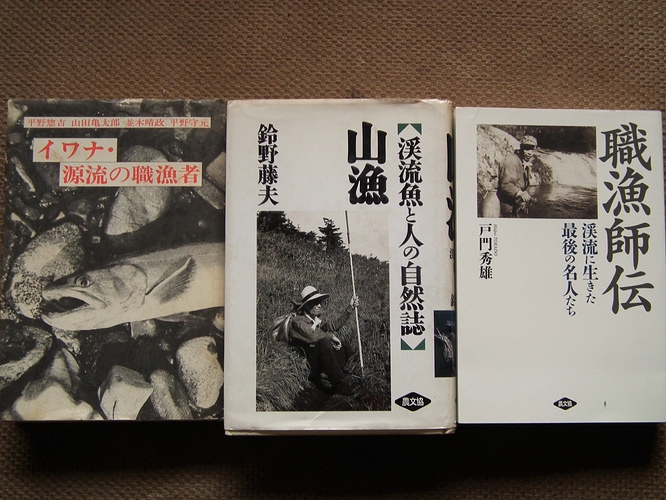 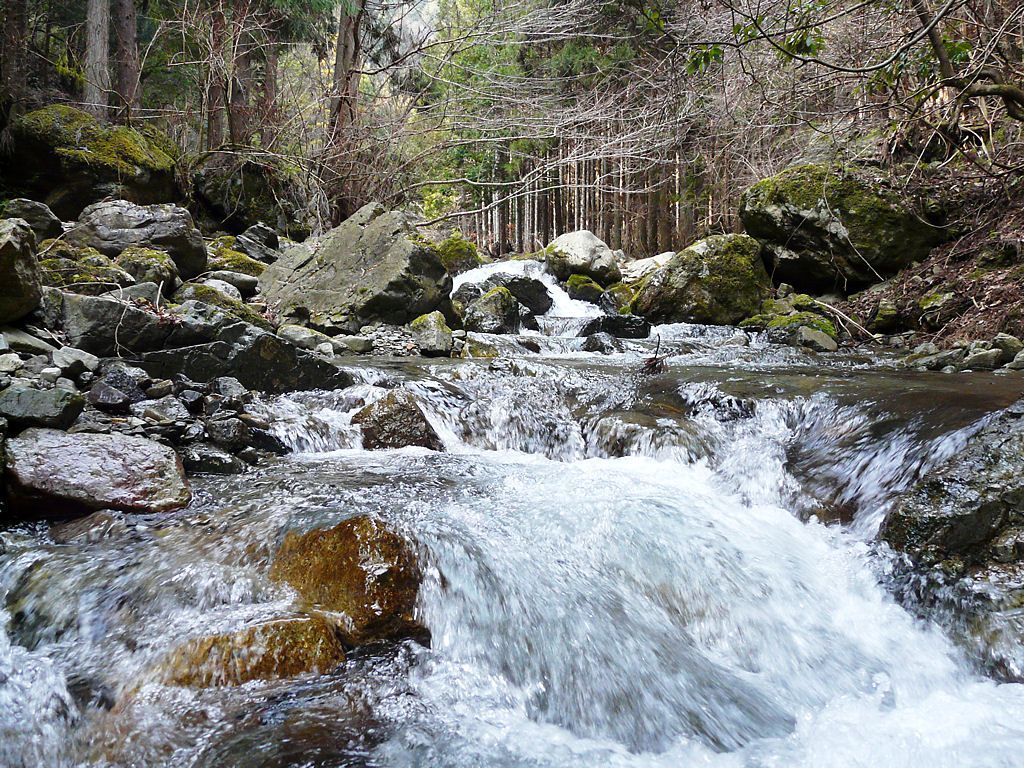 Over the past year many times I have seen the book on the right side.
『職漁師伝 渓流に生きた最後の名人たち』
Shokuryōshi-Association Last Masters living on Mountain Streams ( or similar translation )
[ 職漁師, Shokuryōshi , is a name for the professional Tenkara fishermen]

And thought if I could read Japanese or if it were available in English translation, it would be an interesting book to read.

Google digital translation of the following webpage about the book is pretty messy. But good enough to obtain a vague flavor of the review.

This interesting statement is near the end of the book review. I assume it is taken from the book.
「川漁師がいる川は、川が健康だ」
「川漁師がいなくなったら、川も終えだナ」

Probably not an accurate word for word translation. But maybe it is a fairly accurate translation of the ideas or concept of the statements.

Maybe this web-page provides more insight into this book. With a couple of internal page views. The book seems to be interviews of Shokuryōshi from different areas.

Who they wrote practiced this ethic:
This is the essence of Shokuryōshi by not aiming at the second Iwana lurking in the lee of a rock he seemed to have prevented over fishing. Difficult to believe all of them were that conservation-minded.

There are only two comments to the blog post. Both mention 佐伯さん, Saeki san.
One writing that he heard the valuable stories of Saeki san who he only knew from magazines. An author of fishing magazine articles I guess.

Saeki san is not a name I recall reading before. But if you do a google search with 佐伯さんとテンカラ ( Saekisan and Tenkara) his name, and pictures show up on many websites.

Such as this 2014 post, Tenkara (2 consecutive weeks Kurobe → disastrous defeat) , which shows a page from a magazine of him at age 22 holding an Iwana of over 40cm.

Maybe more western fly fishing guy than tenkara guy. But his name is in at least one blog post on the tenkara-ajari blog.
David

If this is the same mountain hut - it is in a very rugged place.

Great thread and interesting looking book. Thanks for posting about it.