Yesterday I turned 30. Each year as always, fishing is what I want to do haha. Got my father along as well. It had been a while since he has been. I got to try out my new daiwa x45. The rod was a blast! Got one fish one it and a few more of some other fly tackle. It is going to take some getting used too as it is the longest rod I have fished yet. I had some wrist fatigue but it may have been my casting I’m not sure. Can’t wait to put it to use again.

Had a great trip to the Whitewater river here in SC. This was my second time going. We were skunked the first trip but this one we made up for it. A handful of trout were caught and some creek chubs. The river was beautiful as well. 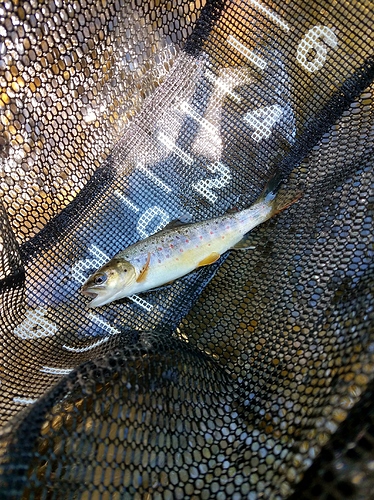 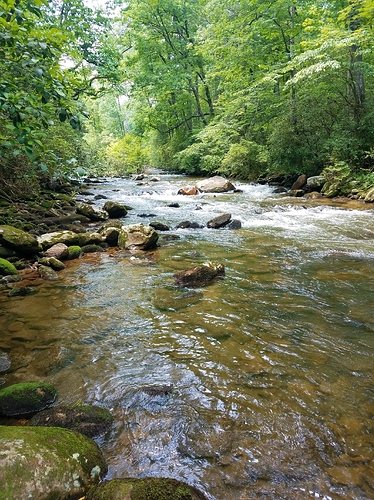 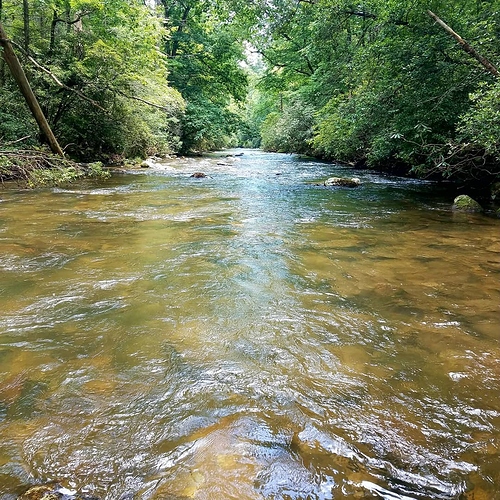 To completely eliminate wrist fatigue, cast it as a two handed rod with your hands about 18" apart. It takes getting used to, but you can become extremely accurate and there is no stress at all on your joints.

To completely eliminate wrist fatigue, cast it as a two handed rod with your hands about 18" apart. It takes getting used to, but you can become extremely accurate and there is no stress at all on your joints.

I’ll give that a try in the future

. Thanks for the tip

If you are used to shorter rods going to larger will always have a learning curve and require some physical adjustment.

I recently rolled off a 4 night binge session fishing for striped bass. The rigs we use are close to two pounds and the lures we are launching are up to 6 oz. Doing that for eight hour sessions requires a full body adjustment. Especially considering I have been fishing tenkara mostly leading up to this trip. By the third night the fatigue is gone. I am getting close to 50 in age.

I personally do not like two handed casting for longer rods. I even one hand my 5 oz 5.3m.

I dont like the gym but regular exercise of some type is always good and will help in your fishing.
As the articles note…fishing of any type is a physical endeavor.

Get Fit: Workout Plans for Fly Fishing - The Venturing Angler

Many people think that fishing isn’t a strenuous activity. Not something that can... 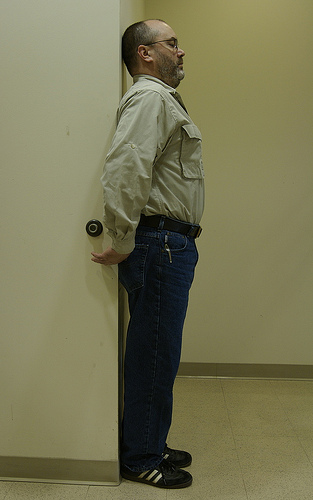 Many of us take for granted our ability to wade strong currents or rocky bottoms or to stand all day on the bow of a rocking boat. But as we get older we lose muscle mass, strength, and endurance as part of the natural aging process. More...

I happen to come across at times people mentioning being "fish ready" on the forum.  Being able to get the muscles ready for casting or walking long distanc...

funny story…right after I turned 30. I had a growth form around my belly button. It just appeared within a month of my 30th birthday. I thought for sure it was a tumor as…my whole life I was a pretty lean mean fighting machine. 6 pack abs…washboard…whatever you want to call it. Turns out I still have the growth…its called a gut…or fat…or being well fed. Hahahhaha. I never chased after getting my figure back…now I am a keg with legs… Point being I think after 30 we change and muscles will atrophy if not used… Use it or loose it.

I would focuse on excersise to solve your fatigue issues. Everyone is different, but the wrists of a 30 year old should be able to cast a 3-4 oz 4.5 meter rod with little real fatigue.

Probably just going to take some getting used too. The longest rod I have fished so far was around 12ft 6. I have previously injured the wrist so that may be part of the reason. But weirdly after I swapped tackle it went away and I had no fatigue casting a much heavier nymphing fly rod setup. Might have to do with the ballance. Or maybe I’m using too much wrist in my cast and should incorporate more arm. Either way it was a good day. This river had skunked me previously so success was sweet. Tried some new flies I hadn’t fished before as well.