These “Kebari” will be donated to the Montana State University 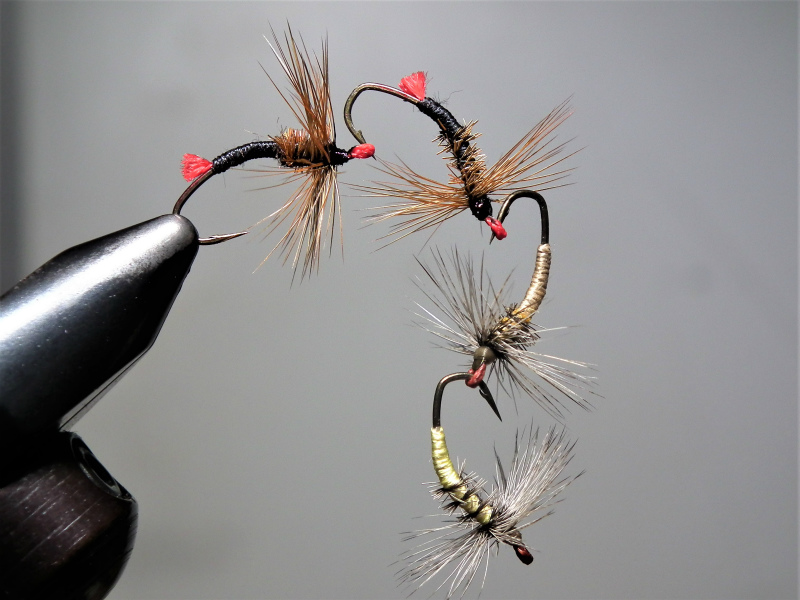 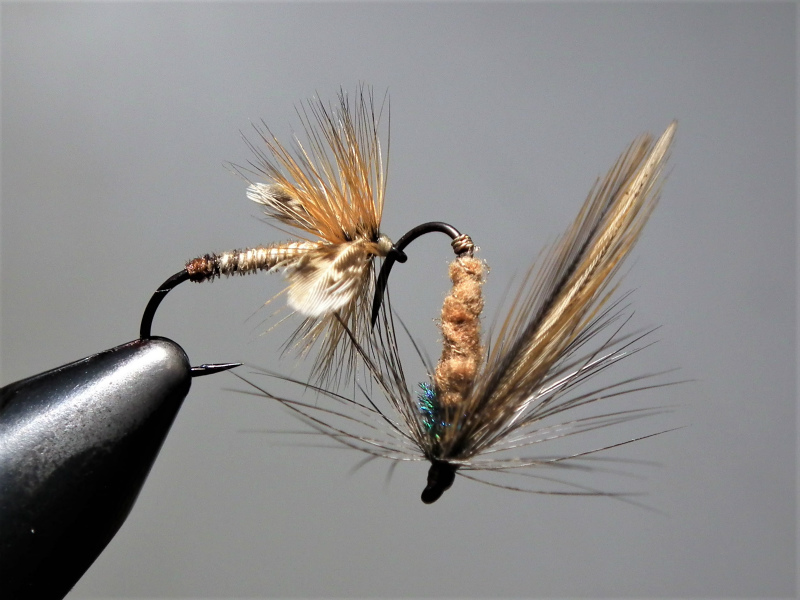 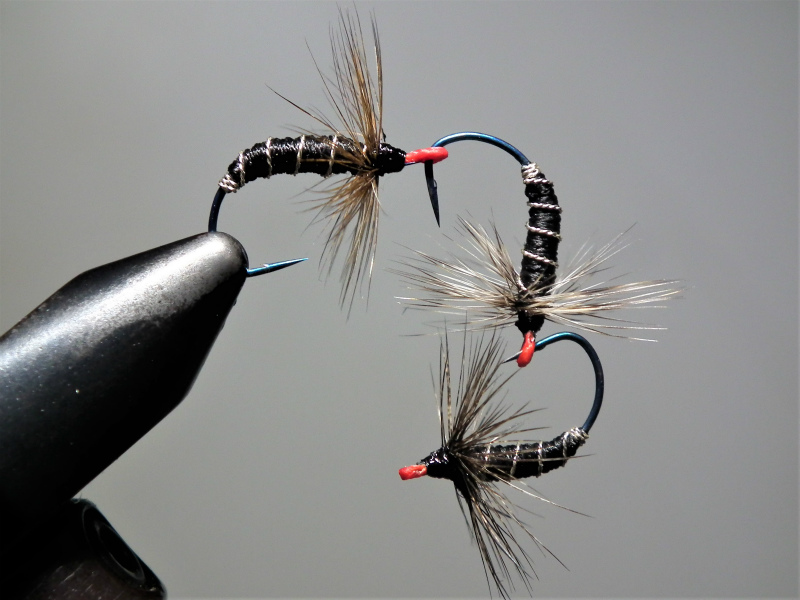 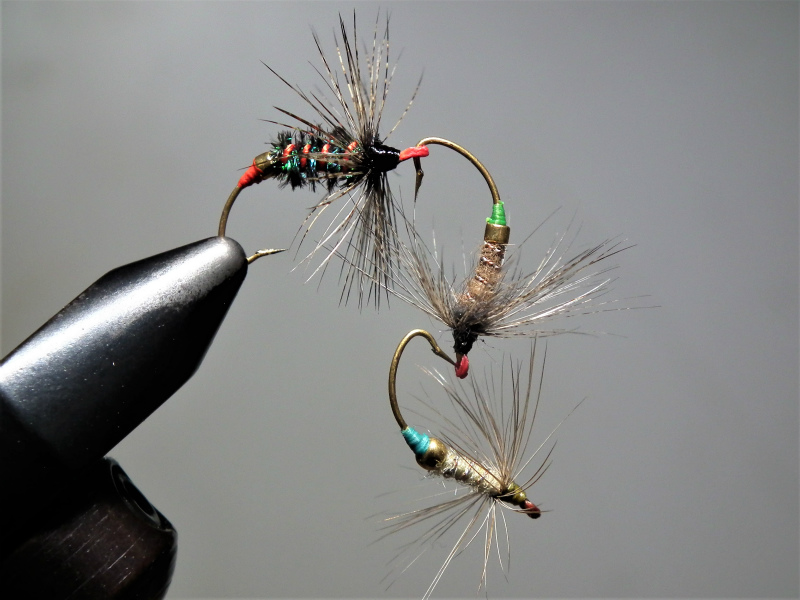 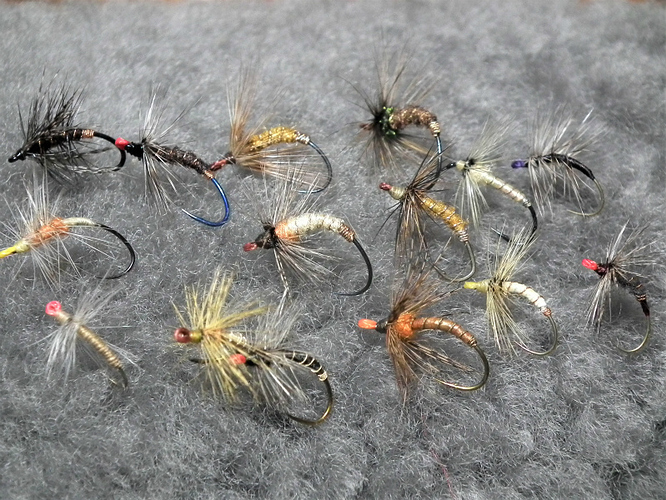 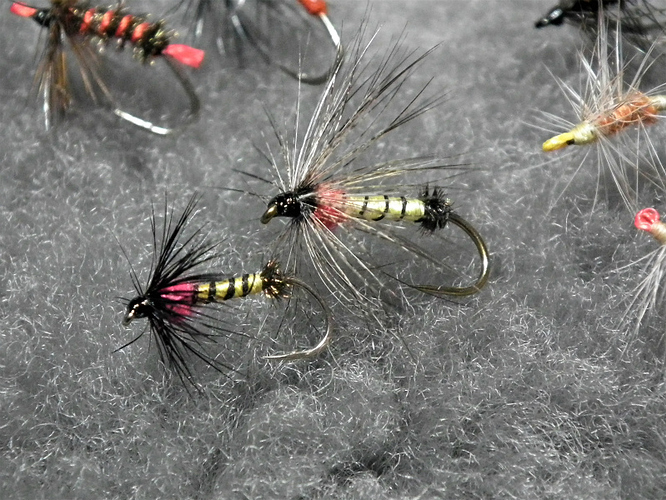 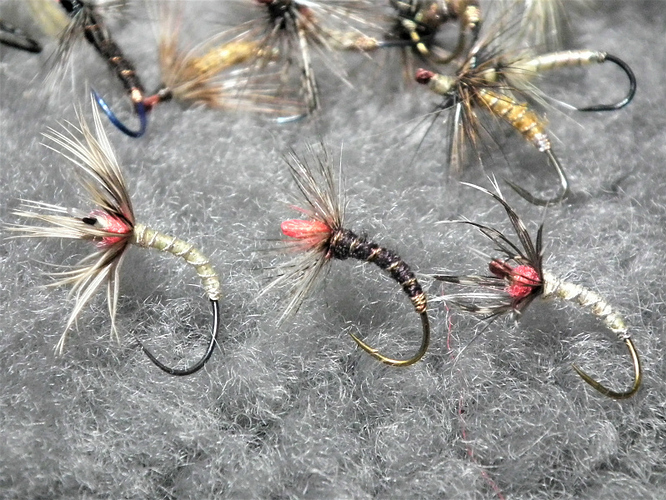 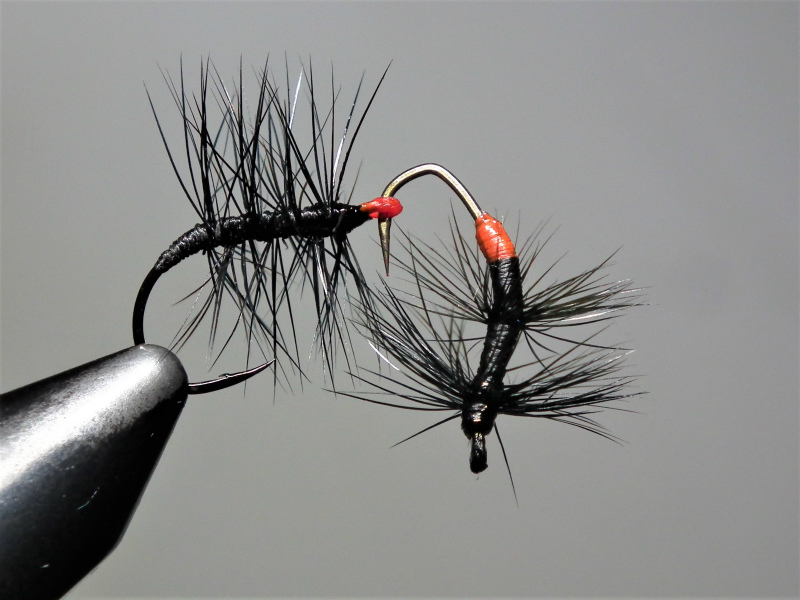 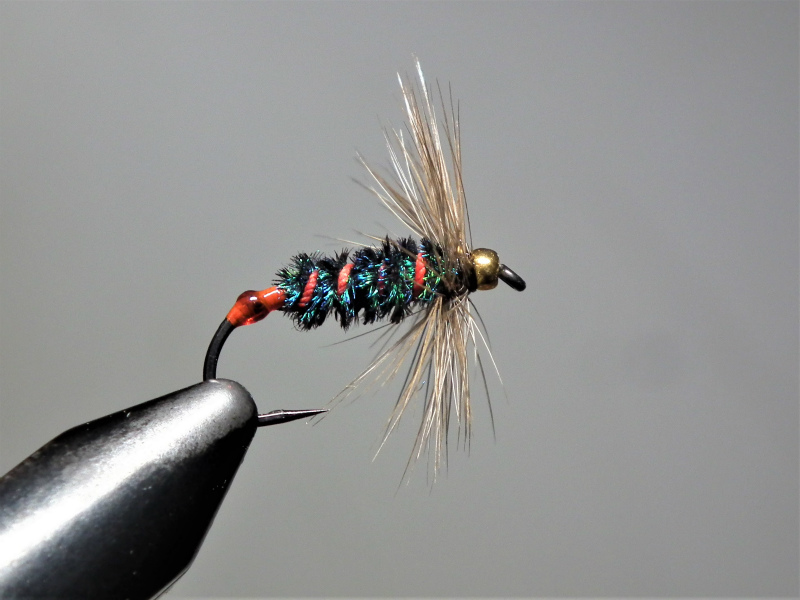 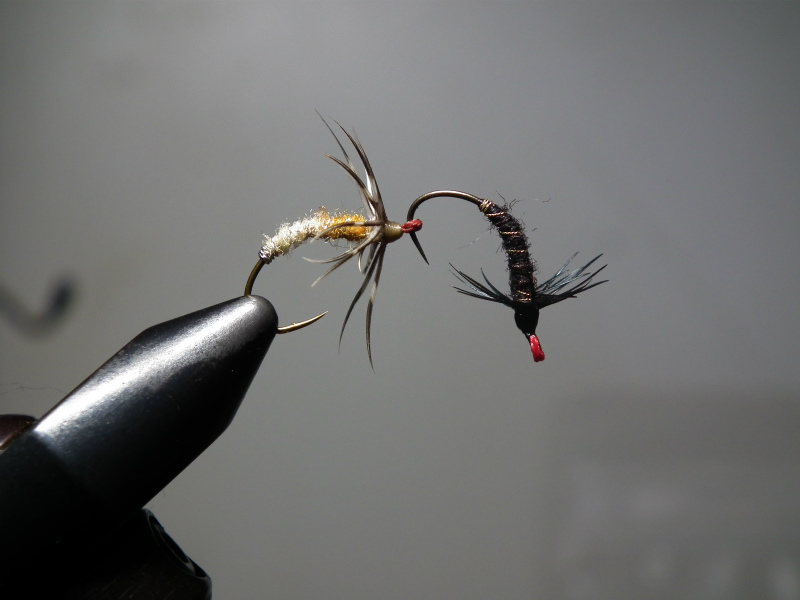 This “Kebari” is to a friend of Idaho 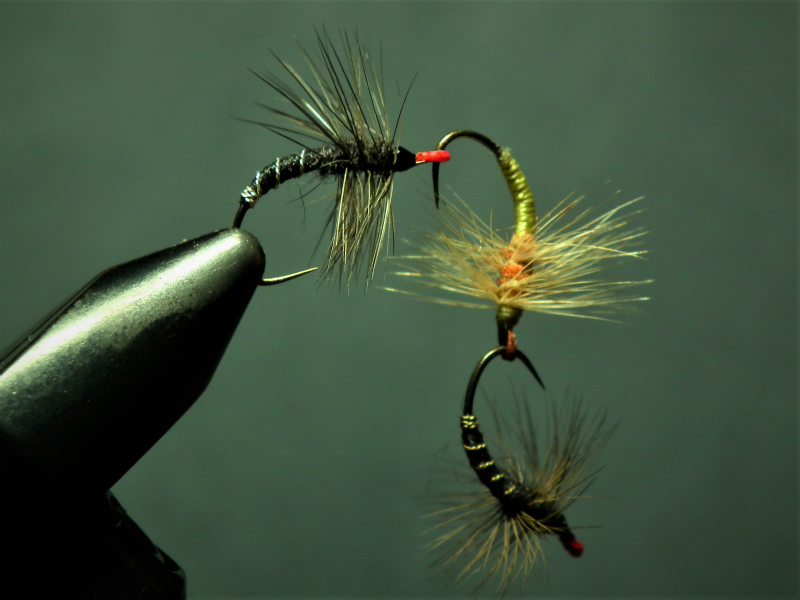 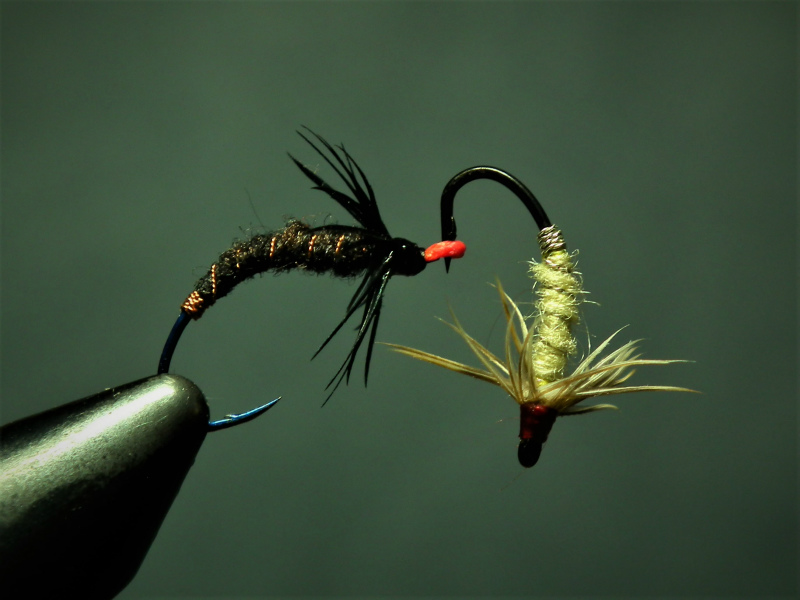 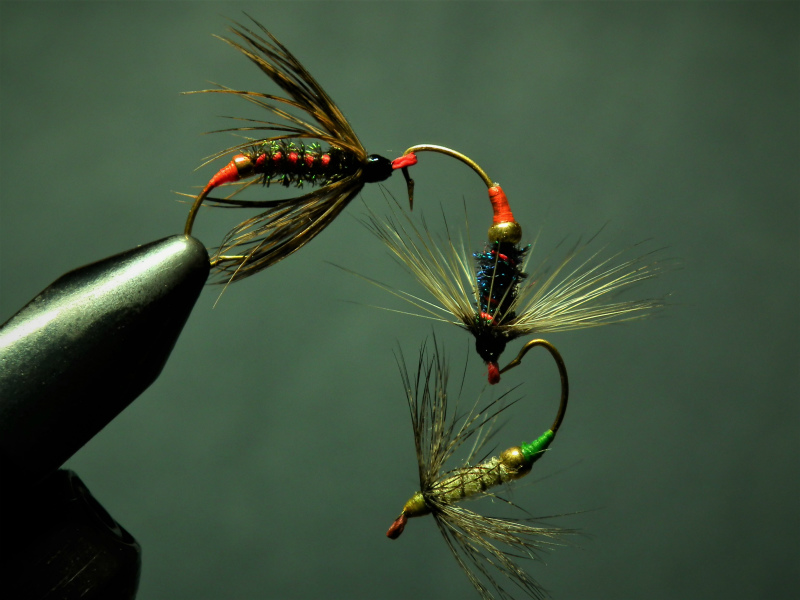 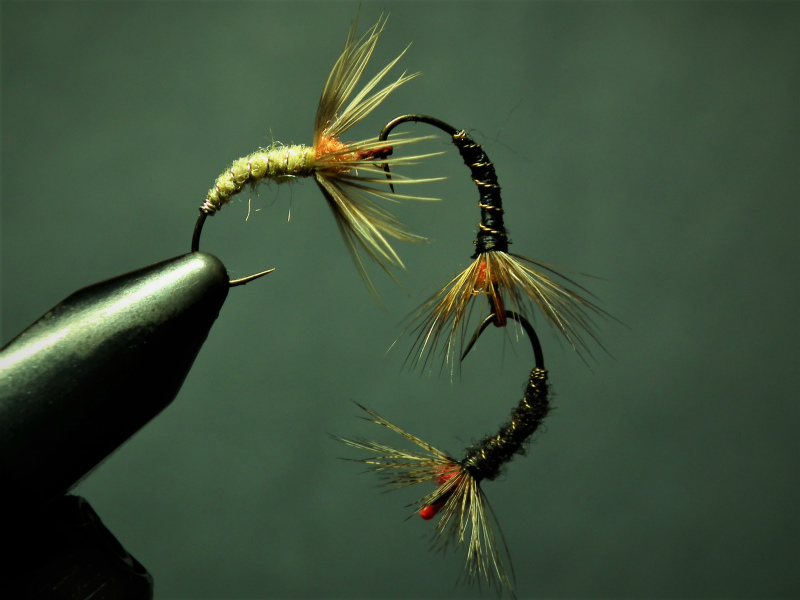 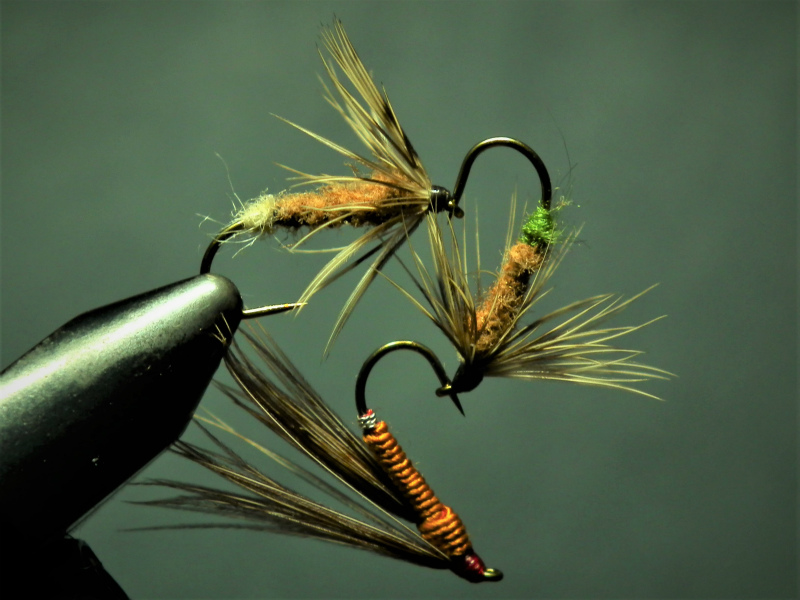 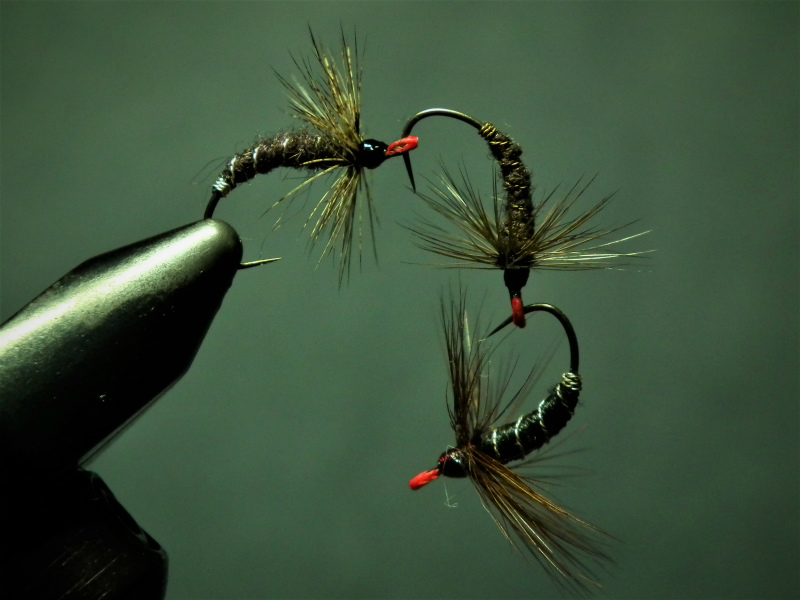 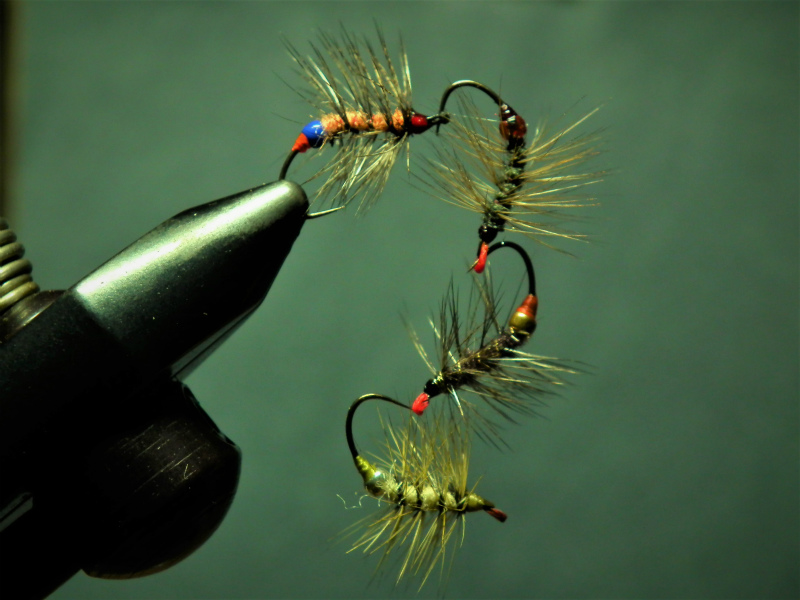 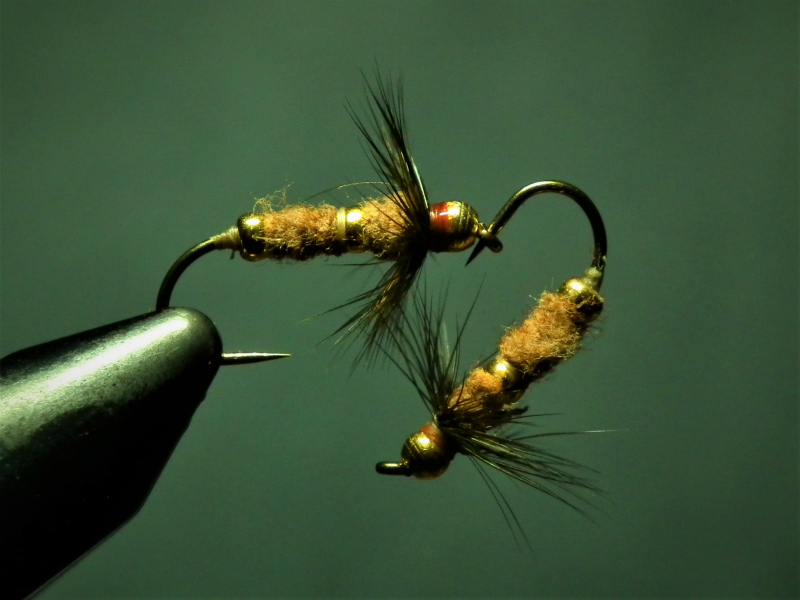 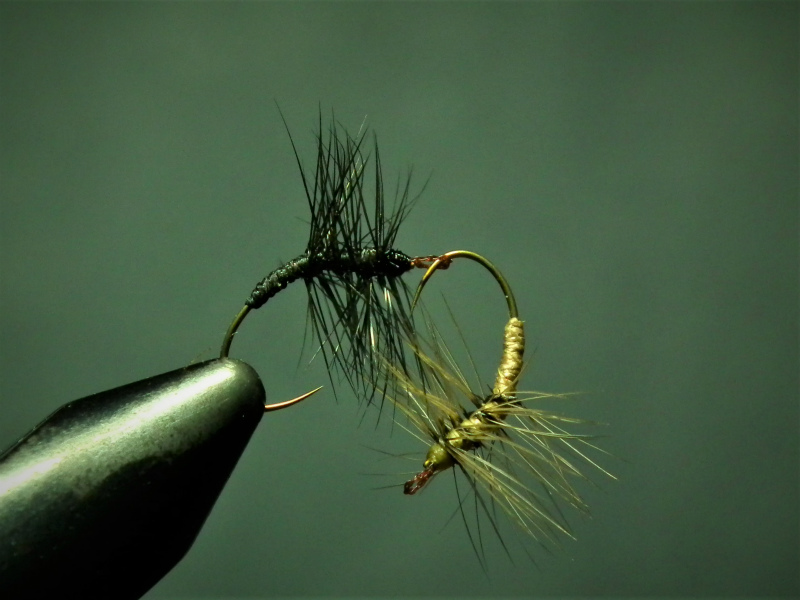 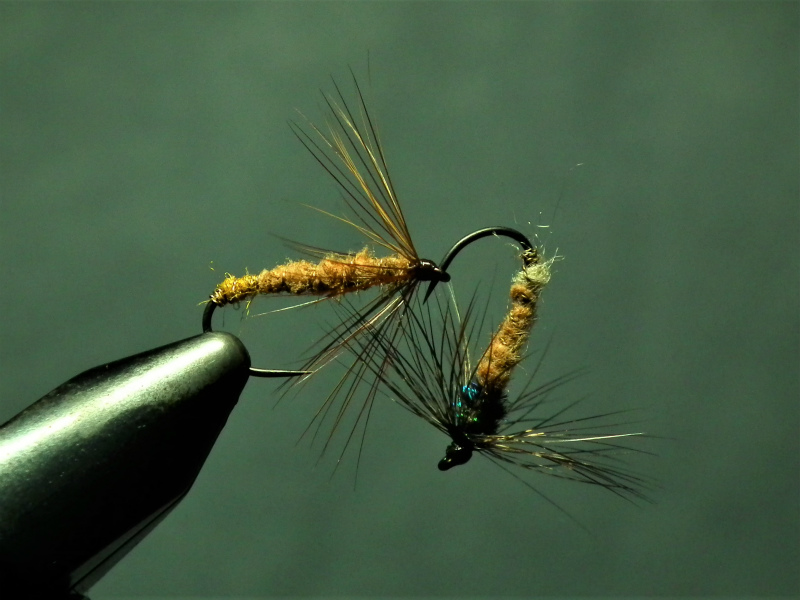 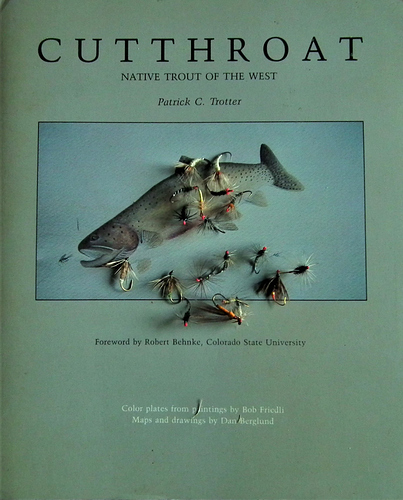 Your kebari are splendid! Do they have names?

I love fishing for native, wild anadromous Coastal Cutthroat from Puget Sound inland saltwater beaches, and resident (non-migrating) Coastal Cutthroat in streams from their lower to middle altitude reaches on the west side of the Cascade Mountains, and the beautiful wild West Slope (referring to Rocky Mountain) Cutthroat that have established populations in the upper reaches of Columbia River tributaries on the east slopes of the Cascades. In fact so much so that this is my avatar and “title” on a local western FF forum.

Many years ago I was fortunate to be able to do some stream monitoring-conservation work over a year’s time with the author of the book, “Cutthroat”. Cutthroat are opportunistic, and often aggressive feeders that will take flies with red, orange, and yellow hotspots.

I will attempt to tie up some of those patterns and am eager to see how they work for me out on the west coast.

These “Kebari” will be donated to the Montana State University

I had read his book, " Fly-fishing Secrets of the Ancients - a celebration of five centuries of lore and wisdom".

In the book chapter 2 - Ragtag and Rumpled - the mystery of the ratty fly. He wrote a description of the “Hank O Hair” fly, A fly he had been given and told it was a favorite fly from a fly shop in Utah. (Mr Schullery is also listed as member of the board of directors at AMFF)

You can find online links to webpages showing how to tie the Hank O Hair fly.
But none of them were very close to how I imaged the fly would look from Paul’s description.
So I wrote to him asking him to clarify the description of the fly. This was his reply,

"This is all very interesting to me, as I had no idea the fly still was in use, much less that it had blossomed into so many variants! I should have known; that seems to be what happens once a fly has been around a while.

To answer your question, as I remember the version of this fly that I saw (almost forty years ago now), it was an absolute minimum version. The amount of hair on it was closest to the amount on your version of the fly, pictured in your message. There may have been just a little less hair on the one I saw, but it’s very close.

However, my recollection (and remember: almost forty years ago . . . ) is that it had no body whatsoever; just the bare hook shank except where the hair was tied down in the middle of the shank. I kind of suppose that the tier must have put a few wraps of thread down in the middle of the hook shank first, just to give the hair a base and keep it from spinning around as the thread was tightened over it. But I can’t claim to have seen even those few wraps. It was a bare hook shank, for all I could see. …" 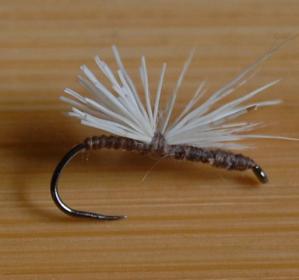 Anyway, I wrote asking about the Hank O Hair fly because I have found it to be very productive fly on some days. When fish hit it as soon as it touches the water surface. Other days it seems to work as well as other flies.

I do not know if Yoshi Akiyama is still the Deputy Director of AMFF, (it is photo of his beat up flies at the start of the Paul Schullery article.)

Always I am indebted.
Thank you for sharing great knowledge and information

Todoroki-san has posted some very interesting looking flies over the past few weeks.

Off topic a little bit here. But Dr Ishigaki’s recent post about his - Tenkara Kebari Theory - テンカラ毛バリ論. Is interesting.

テンカラ毛バリ論（2）-- Tenkara kebari theory (2)
Color theory.
His theory appears to be that on mountain streams color is ( irrelevant ), not as important as contrast. But on managed streams with C & R, experience has shown one fly pattern doesn’t work, changing sizes and shapes may be more important than on streams with lower fishing pressure. And changing the fly choice will frequently lead to more fish catching, better fishing results. Writing (with some minor text editing - mostly only changing 毛バリ to 毛鉤 ):
自然渓流の
テンカラなら毛鉤の色は関係しない、
コントラストが高い黒系がいいのは持論である。

His theory appears to be that on mountain streams color is ( irrelevant ), not as important as contrast. But on managed streams with C & R, experience has shown one fly pattern doesn’t work, changing sizes and shapes may be more important than on streams with lower fishing pressure. And changing the fly choice will frequently lead to more fish catching, better fishing results.

Nice. Over several years in the Pacific Northwest USA it’s been my (untested-unverified) experience in both lowland and Cascade Mountains streams for native Coastal Cutthroat, (and for less prevalent Rainbows & Cutbows) that the most important aspects of fly selection are 1. Size, 2. Shape, 3. Color. One thing to note is that cased Caddis may be present in large numbers on submerged river rocks.

I’ve read (and I think it’s mentioned in the Oz Trout Vision video) that on a bright day, a bright fly is easier for the fish to see, and vice versa.

On two occasions this year changing color did seem to increase the interest of the fish, but on each of those days there was a significant amount of time spent before changing flies where the height of the sun might (or more accurately should) have influenced the difference according to that theory.

One sunny morning on a mid-sized Cascades River at 3000 feet in a wide steep canyon, a change after 2 hours from a dark Takayama Pheasant Tail Sakasa (my #1 producer by far in my logs) to a white Antron variation produced immediate results and produced fairly well for the rest of the day. At the time I observed there was a light colored Mayfly (PMD?) hatch coming off.
A week later on another sunny morning at 2000 feet in the Cascades on a slightly smaller creek, a change from the white Takayama to the Pheasant Tail after 2 hours brought a strike from the next log pile I came to. The fishing was still slow but picked up slightly in the afternoon and evening after changing to a larger PT fly.
Four days after that on another sunny day on a small lowland river, a Pheasant Tail produced well all day.
Last week, a single Takayama Pheasant Tail produced over 20 fish on the first Cascades river mentioned. Boy did it get chewed up

, but that did change the shape. I finally lost that fly in rocks on the bottom but a fresh PT brought another half dozen or so fish to the net.

To me, this shows that the Takayama profile is very successful, with the Pheasant Tail body and Peacock herl thorax being very consistent. When there was a specific seasonal hatch coming off, color mattered. In the one instance, size seemed to matter, but that was after 4 hours with the sun getting low in the sky.

… I don’t feel the difference in the effect of “Kebari”

It is the word of such meaning

That you for the intended meaning of that phrase. It’s meaning eluded me.

Google translated it as - “However, I do not do it because it is Kendo.”
I got it that - he does not do it. But I thought maybe the - Kendo - part. May have indicated he was more focused on - fishing technique to attract a hit. Than focused on attracting a hit from physical appearance of the materials used in tying the fly.

It seems a kebari / fly of the correct appearance (contrast colors, shape, size) will entice a hungry fish to take the fly. But maybe it is fishing technique, movement / manipulation of the fly, that might entice a fish to take a fly when it is not hungry, by triggering the instinct to chase and eat something the fish sees as food.

Which seems to be the focus of the current 4 part blog post on the Discover Tenkara - Fly Action in Focus.

[ as former African safari guide, and author Peter Alison advises to avoid being eaten by large predators in Africa - Whatever you do, don’t run. Food runs]

But maybe it is fishing technique, movement / manipulation of the fly, that might entice a fish to take a fly when it is not hungry, by triggering the instinct to chase and eat something the fish sees as food.

Ahhh, now that is something I read about in a Discover Tenkara email lesson and started doing early last year. The first cast(s) to cover the water in an area are usually a dead drift. On subsequent casts through water previously covered I’ll use manipulation; tapping the rod handle, or more deliberate pause & feed, yoku-biki and gyaku-biki. But I don’t think it impacts what I’ve experienced with fly selection because I don’t think about manipulation anymore, I just do it. 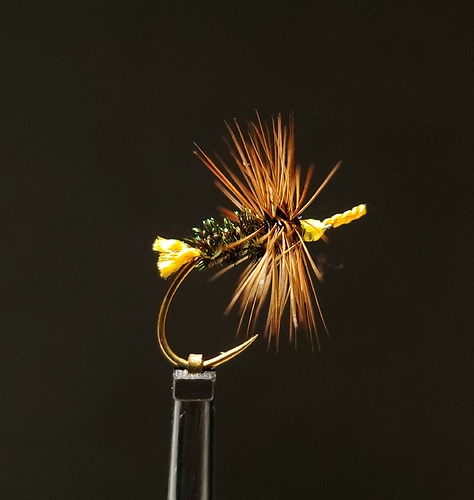 Great fly. My records show a yellow silk Akiyamago is my 3rd most productive pattern. It might be higher on the list if the Takayama Pheasant Tail/Peacock and Red/Peacock weren’t such great fish - getters that I keep them tied on my spooled lines for instant deployment.